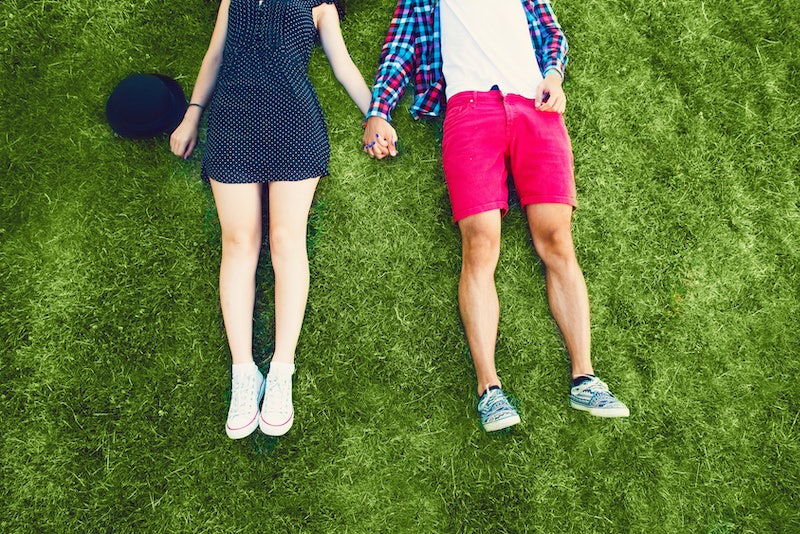 Western society is pretty adamant about promoting monogamy, relationships in which you are with, married to, or sexually involved with only one other person. But are humans meant to be monogamous? Hopes & Fears asked a biologist, psychologist, and sexuality expert to figure out if humans are hardwired to just be with one person at a time.

While we in the U.S. hold monogamy as the norm, it isn't necessarily that way in the rest of the world, starting with the Animal Kingdom where monogamy is actually very rare. There are many societies and communities across parts of Africa, South America, and East Asia that opt out of monogamy, and practice alternatives such as polyandry, polygyny, polyamory, and open relationships, showing that the idea that two people must be exclusively together is, in a large part, socially constructed.

Of course, while monogamy works for a lot of people it also opens up doors to cheating and infidelity, both of which wouldn't necessarily affect non monogamous societies in the same way. Though about 90 percent of Americans think cheating is morally wrong, 70 percent have thought of doing it and 40 percent have actually done it. This begets the question: are humans really meant to be monogamous? Here's what five experts have to say:

Expert 1: No, We Were Not Meant To Be Monogamous

Christopher Ryan, Ph.D. and author of Sex at Dawn: How we Mate, Why we Stray, and What it Means for Modern Relationships adamantly tells Hopes & Fears that no, humans did not evolve to be a sexually monogamous species, which is evidenced by the fact that we rarely only have one sexual partner for our entire life. He says that having one partner at a time isn't monogamy, it actually fits into the category of serial polygyny.

According to Ryan, humans have sex hundreds of times for every baby conceived, as opposed to other animals that have a ratio closer to 12 to one. He says, "we have sex when the female isn't even ovulating—or with no female even involved!" Basically, we have sex for reasons other than procreation, and the human desire to experiment is far too great to limit ourselves to one sexual partner in our lives.

Expert 2: No, We Weren't Necessarily Meant To Be Monogamous, But That Doesn't Mean It's Wrong

Stephanie Coonz, a History and Family Studies, Evergreen Stage College and author of The Way We Never Were: American Families and the Nostalgia Trap says that humans weren't necessarily meant to be monogamous or polyamorous; we have impulses towards both, and our culture dictates our ultimate decisions. She talks about the different cultural standards for monogamy across the world, including the United States where she says "we are trying to figure out how to combine long-term romantic relationships with the plethora of opportunities for other forms of sexual or romantic entanglement, and different people are making different choices." Coonz argues that we have choices when it comes to our sexual behavior, and biology doesn't necessarily dictate it at the level people think.

Elisabeth Sheff, Ph.D. and author of The Polyamorists Next Door: Inside Multiple-Partner Relationships and Families says that because monogamy takes so many social structures to exist, it can't really be naturally occurring and inherent, like blinking, breathing, or wanting to speak to our children. She says "it seems more natural for humans to want a personal harem, so each of us get to enjoy sexual variety, but insist on sexual exclusivity for our lovers, so we don't have to deal with jealousy."

Expert 4: Monogamy Is Recent, And Therefore Not Natural

David P. Brash, a professor at the University of Washington and author of several books on the topics of sex, evolution, and infidelity, says that we aren't naturally inclined towards monogamy and that monogamy itself is a recent societal creation. Men and women are both inclined to seek multiple sexual partners for a variety of biological reasons. He does concede, however, that complications can arise with non-monogamous relationships and lifestyles (as they can with any way of living) especially in societies that impose it as a standard. He leaves us with a positive thought on the topic: "Perhaps what makes human beings special is our ability to do things that are 'unnatural,' whether those things are obsolete or—like monogamy—are socially imposed and thus new to our evolutionary experience."

Expert 5: Monogamy Is Beneficial In Some Circumstances And Detrimental In Others

Dossie Easton, a psychotherapist and relationship counselor, told Hopes & Fears the she believes a lot of institutions profit by controlling the population towards monogamy by instilling lots of guilt and shame. At the end of the day, though, Easton says people are going to do what they want. She says, "I know from experience that many people learn to create the relationship and sexual lifestyles that they desire, and find a way to fit themselves into the culture while they're at it."

The real conclusion that can be drawn from what all these experts have to say is basically this: monogamy may be socially constructed but it's OK if that's what makes you comfortable; conversely, it's also great if you prefer to be non-monogamous or polyamorous. Diversity is good, and we should all be able to love freely.