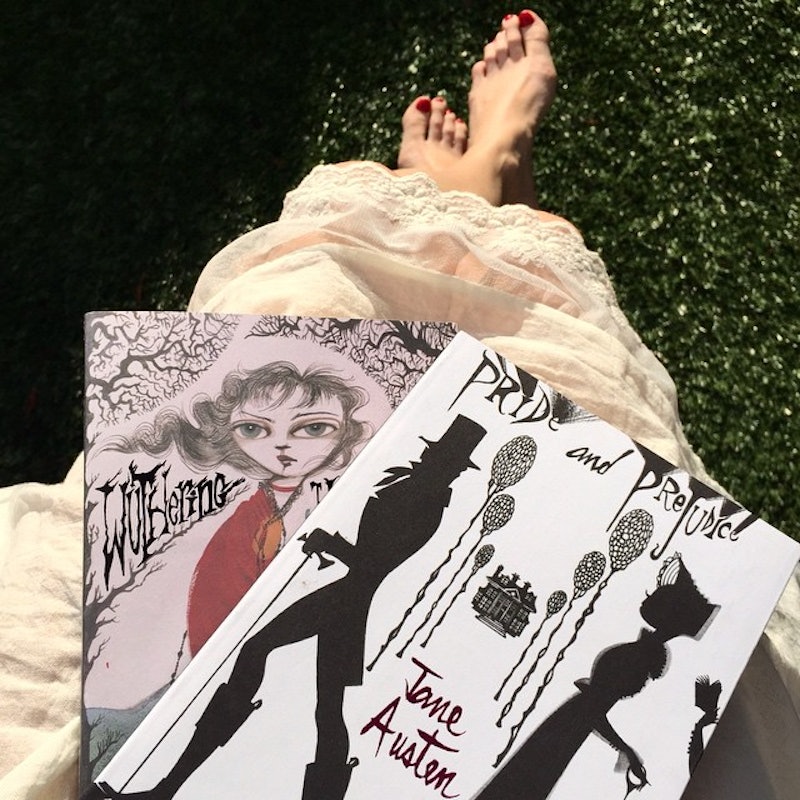 "The course of true love never did run smooth," Lysander tells us in Shakespeare's A Midsummer Night's Dream. And while that may be a frustrating truth in real life, it serves literature well. The most romantic love stories involve a convincing plot, which means conflict. After all, would Romeo and Juliet be half as beloved if the two swooning teens lived happily ever after?

The best love stories are ones when the characters are achingly flawed humans. They stumble over their words or advances; they break hearts and don't always mend them; and they leave us frustrated, but also relieved that we're not the only ones to make mistakes. But ultimately, the greatest stories reveal the transformative power of love and its ability to triumph over missteps and mistakes, whether it's in a world like our own or one of the author's imagining. While this triumph doesn't always equal the erasure of past griefs or pains, these love stories show that love is always worth the effort, if at least as a partnership against the tragedies of life.

Happy or sad, the greatest love stories of all time provide the kind of noble love we aspire to in our own lives. Here are just a few of the best and most romantic ones.

It doesn't get more classic than our favorite verbal sparring partners Elizabeth Bennet and Mr. Darcy. At first mismatched and even appalled by one another, Lizzy and Darcy find themselves circling one another in fits and starts, flirting with their very best Regency-era manners in tact. What makes Pride and Prejudice so satisfying is the tension created by familial misunderstanding, class separation, and of course, their own feelings, swimming just below the surface.

Don't let the page count scare you off; within Tolstoy's dizzying 1,400-page epic is one of the greatest love stories of all time. Andrei Bolkonsky and Natasha Rostov fall in love, only to be drawn apart by Napoleon's failed invasion of Russia and Natasha's ill-fated affair with Anatole. Betrayed and angry, Andrei throws himself back into battle, only to be wounded. While floating in and out of consciousness, he realizes that love is greater than any human emotion or feeling. And in a plot twist worthy of your very favorite soap, Natasha becomes his nurse. While a happy ending eludes them, their reunion may have you going through a box of tissues.

The Color Purple by Alice Walker

Trapped in an abusive marriage, Celie's chances at finding true love seem impossible — until she meets Shug Avery, one of her husband's former lovers. Shug radiates confidence as an individual and singer, and she knows how to take charge of her own fate. Celie find herself drawn to her, and they embark on an affair. The love between them enables Celie to stand strong in who she is and claim her own happiness. Celie and Shug's relationship illustrates the possibilities of a love that defies expectations and leads to self-discovery and coming into one's own strength.

The Fault in Our Stars by John Green

I know, seeing The Fault in Our Stars on the same list as classics tomes like War and Peace may seem a little wrong, but here's my case for it: The love between Hazel and Gus has swept up readers across the world in a story filled with hope, affection, and ultimately loss. Despite their young age and illness, both Hazel and Gus remind us of the power of love to provide us with support for the time we're here on Earth.

The Year of Magical Thinking by Joan Didion

The lone non-fiction selection in the list, The Year of Magical Thinking requires an exception. Joan Didion meditates on the loss of her husband John Dunne, just as her daughter Quintana Roo became gravely sick. A heartbreaking reflection on grief and loss, Didion's prose details the difficulties of suddenly losing a partner, lover, and ultimately friend, and the large and small shifts that occur in your own life. Keep the tissues nearby for when Didion writes about her last birthday spent with John.

While at first seeming like a tale of unrequited love and boarding school crushes, Kathy and Tommy's eventual coupling and happiness together is undone by forces larger than them. Their commitment to one another, while strong and transformative, is more a testament to clinging to one another in a turbulent world, where changing society is all but impossible.

A Little Life by Hanya Yangihara

Largely considered the "it" book of 2015, the horrific abuse of Jude often overshadows the rest of the plot of A Little Life . But it is the aching and hopeful love that forms between Jude and his roommate Willem that drives the emotional core of the novel. Their deep love develops from platonic friendship, illustrating the depth of their bond. But with the tragic nature of A Little Life, Willem's love for Jude cannot take away a past filled with neglect and abuse. While redemption of any kind is difficult to find, the love between Willem and Jude shows that the effort and work put into a relationship is its own kind of victory.