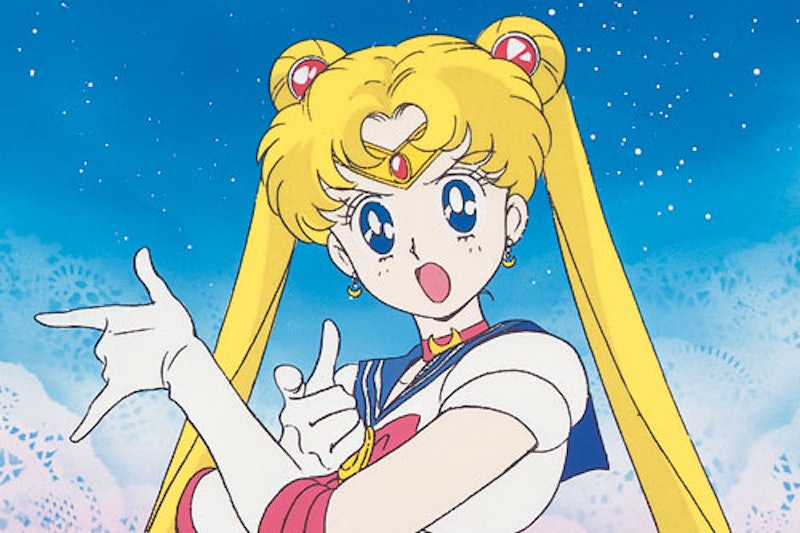 What were you doing before and after school in the '90s? I had working parents, so I was at my immigrant, non-English speaking grandparents' house outside of school hours, and it wasn't until my parents got home in the evenings that I did things like homework. So preteen me would relish in those few short hours where I could WATCH TV that wasn't news or documentaries (the shows my parents liked, which at the time, I found to be the very height of banality). Luckily my dad loved The Simpsons, so I'd always get a dose of greatness at 6 p.m., but it was always promptly followed by hours of news, British cooking shows, and science things. In retrospect it was all pretty good for my brain, but going into puberty it was a huge bore.

The shows you loved as a child probably stick with you today, at least as far as nostalgia value. They also tell people a lot about you, or at least how you characterize your childhood. I was really into Teenage Mutant Ninja Turtles (totes a Michaelangelo) and Captain Planet (totes a Linka), so I was probably really wanting to fight bad guys, to some weird extent. Here's what saying those shows, and bunch of others, are your favorite '90s kids shows says about you.

As a child you had a wild imagination and a menagerie of imaginary friends. You've probably done improv at some point in your life, and often refer to the "magic" of reading.

Your parents really weren't paying enough attention to what you were watching. You have a disgusting sense of humor, and we should definitely get a drink or six.

4. The Secret World Of Alex Mac

You've always felt very ordinary on the outside, but suspected/wished you might be special on the inside. You probably can't melt into puddles, but you should definitely always believe in yourself.

You're a self-professed "girly girl" who also likes to kick butt, and knew from an early age that those two things weren't mutually exclusive. You matured from Powerpuff Girls as a child to Buffy The Vampire Slayer as a teen.

You turned into a cinema major and a B movie film buff. You truly appreciate the beauty of truly tacky things.

You've always been an old soul, and were mature for your age. You're also neurotic and have an absurdist sense of humor, and you have a tendency towards existential thought.

8. Captain Planet And The Planeteers

You were an early adopter of fourth wave feminism. You were also cool beyond your years and deeply misunderstood growing up.