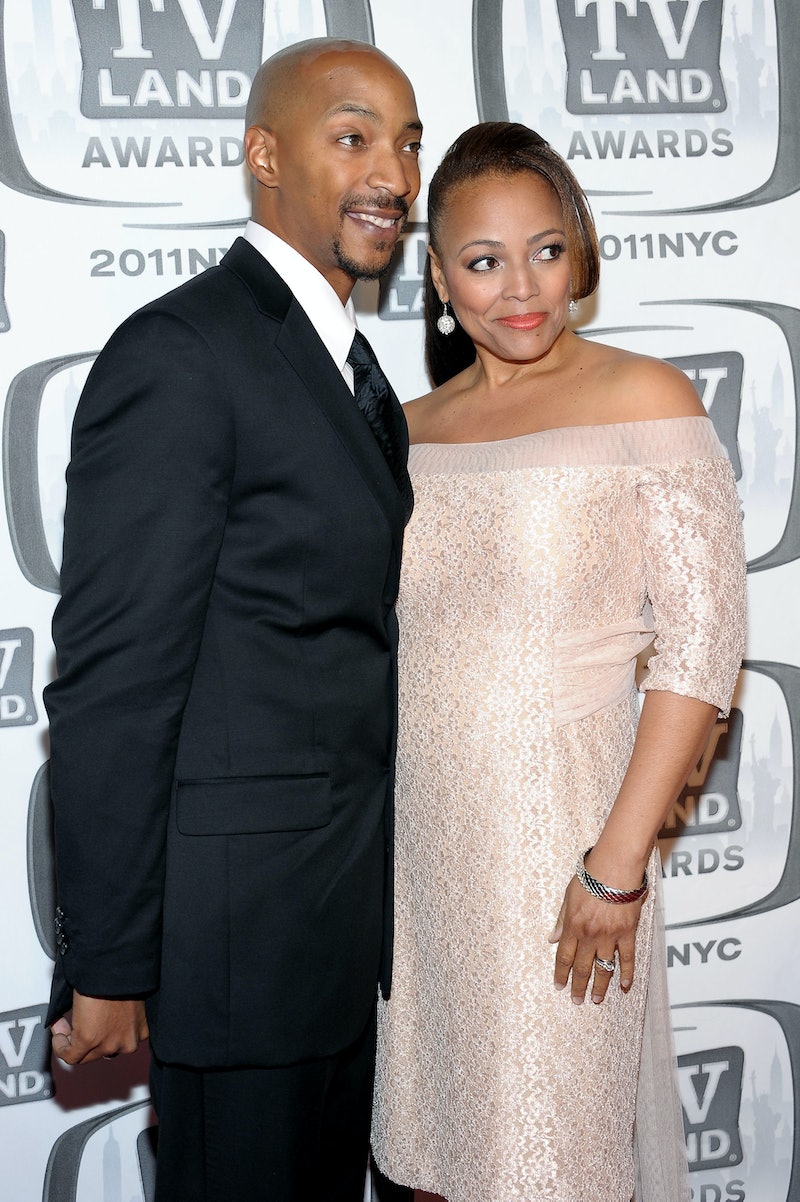 The newest Atlanta Housewife Kim Fields should be familiar to audiences thanks to her work on classic sitcoms like The Facts of Life and Living Single. And joining the new Real Housewife is Fields' husband, Christopher Morgan, who is also a performer and has been in films like Romance and Cigarettes in addition to spending some time on Broadway. Real Husbands of Atlanta are expected to fully participate in the season's activities, and while Morgan doesn't seem like he's going to be as dramatic as some of the other RHOA husbands over the years, I'm hoping that he rises to the challenge of the season and provides some exciting moments.

Fields and Morgan have been married for eight years, and they have two young sons together. Kim has been open to having her family on reality TV for years, but says she never got the right opportunity in an interview with Huffington Post. "I've been asked for years to do a reality show. One of my criteria is that I would be given the opportunity to show a strong family unit," she said, and surprisingly, Real Housewives of Atlanta fit the bill.

But RHOA is kind of all about the family unit — both Phaedra and Kim (and now Kandi) have documented their pregnancies on the show, NeNe, Cynthia, and Kandi got married onscreen, and Porsha showed her divorce. But this isn't about Kim — it's about Christopher Morgan, and whether he can measure up to the other RHOA husbands.

He Can Sing And Dance

As a professional musical theater performer, Chris might find himself fielding an offer to star in Kandi Burruss' next onstage effort.

He Uses His Marriage And His Fame For Charity

A few years ago, the couple made a short video to promote the Ozzie Davis and Ruby Dee foundation. Any RHOA fan knows how much Kenya loves charity, so maybe Christopher will get the invite to one of her events this season.

He Supports His Wife's Career

The best thing about Kandi & Todd's new marriage is that when all is going smoothly between them, they try to support one another's careers the same way Christopher and Kim do. In her Huffington Post interview, Fields says "It's not being easy being married to someone who has been in the public eye for over 35 years, but he has become very comfortable with it."

His Kids Are Super Adorable

Just like Apollo and Phaedra, Kim and Christopher have some seriously cute children.

There Are Some Rumors About Him Online

Former Real Husband Kordell Stewart has often faced rumors about his sexuality, which Porsha may have fueled after their divorce. And, at least according to some local Atlanta blogs, it seems like Christopher may be dealing with similar gossip throughout the season.

They're Crazy Sappy Together

This Tweet from Kim Fields could easily double as a post from Cynthia Bailey, who's always been a lovey-dovey spouse to Peter. Let's hope Christopher is a little less dramatic than Peter, actually — in the world of Real Housewives of Atlanta, there can be only one Peter Thomas.