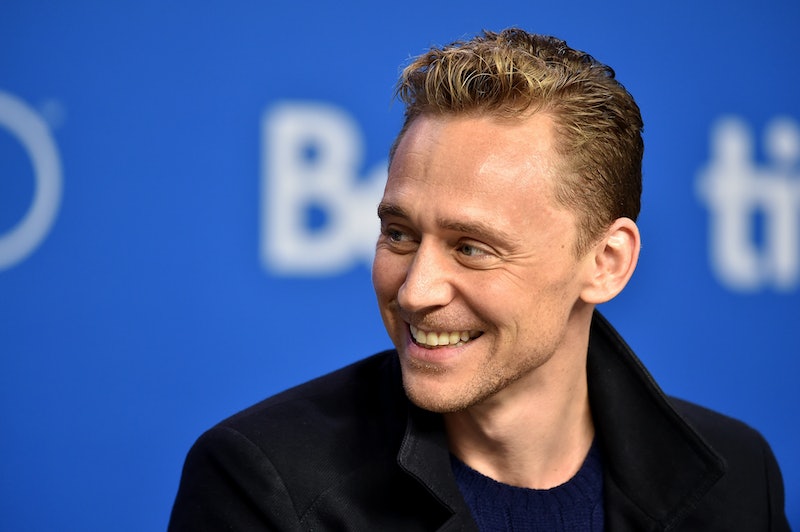 Tom Hiddleston is a man after my own guilty pleasure movie-loving heart. And, by that, I mean Tom Hiddleston loves Ace Ventura: When Nature Calls, the sequel to Jim Carrey's smash hit Ace Ventura: Pet Detective. While some may scoff at the second Ventura film, Hiddleston knows it's an underrated gem. And so, in honor of the movie's 20th anniversary on November 10, who better to tell you why it's great than celebrity fan T. Hiddles himself?

In an interview with BBC One from all the way back in 2011, the actor was asked about a movie he thinks is woefully underrated, and named the 1995 flick right off the bat. "I think a film that gets a really bad rap is Ace Ventura 2: When Nature Calls," the actor admitted. "Go back and watch that film, and I defy you not to die laughing or not to find yourself actually quite amused by Jim Carrey's greatest character."

Hiddleston, film buff that he is, didn't stop there. He then detailed why the sequel is underrated, calling out the scene with the magic word "shikaka" I won't spoil Hiddleston's retelling of it, but it includes him talking about a killer bat, so you have that to look forward to.

Hiddleston sums up the film nicely by reminding us that, "It's so silly but so hilarious at the same time," which is exactly right. Is Ace Ventura 2 the world's greatest film? No. But, that doesn't mean you can't have a damn good time seeing it. If Laurence Olivier Award-winning, Shakespeare-loving Tom Hiddleston gave it his stamp of approval, you know it's worth a watch.