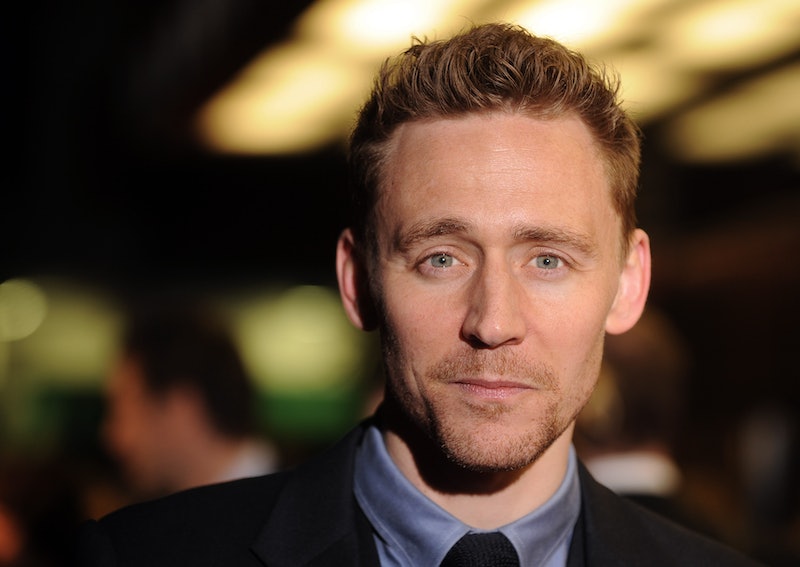 Winter is the best time for movie nights because the air is chilly, the ground is frosted over, and no one wants to be outside. But as the season wears on, if you're at a loss about which film you should watch with your friends to pass the time, let Tom Hiddleston's favorite movies inspire your next movie night. He's a well-known film buff and as a result has talked about quite a few of his favorite flicks in interviews over the years.

Sure, it's cool to watch the movies Hiddles himself has been in, but it's even cooler to watch the ones he loves. His taste is almost guaranteed to be good and it's pretty varied so there's something for everyone. "I'm such a cinephile and movie lover that I see as much as I can, and the list is about as long as... it's very long," he's said before when asked about his favorite films. From Disney animated hits to classic Hollywood flicks, Hiddleston loves it all — and now you can too.

So get cozy on the couch and pop in one of these 21 movies in for a great time with family, friends, or even just to watch by yourself.

For the Disney Lover

Hiddles is proving that it's totally OK to be an adult Disney fan. In fact, he loves The Jungle Book so much that when he meets people who haven't seen it he makes them sit down and he watches it with them. "It's perfect ... it's one of the greats," he's gushed about the film.

But if you're not feeling in the mood for an animated movie about jungle animals, give Hiddleston's other favorite Disney film a watch. It's Mary Poppins, and it's Hiddleston approved.

For the Foreign Film Buff

Hiddleston's first favorite movie was the Italian film, The Son's Room , which is about a family coming together after the death of a child. Hiddleston told BAFTA Guru that throughout his life he would come back and watch it again just to make sure it was as good as he thought it was, and it always delivered.

For the Action Fan

If you came to love Hiddleston via his role as Loki in the Marvel universe, you'll love his action recommendation of the Indiana Jones films, particularly Raiders of the Lost Ark . "When I saw those films as a child that was another world for me," he told BAFTA Guru. "The films are so dear to my heart still if they come on television I can't help but watch the rest."

Or you could check out the action flick Heat , which stars Robert DeNiro and Al Pacino. The classic cops vs. robbers movie is Hiddleston's all-time favorite. "It can withstand so many repeated viewings and every time I find something new in it. And I think De Niro and Pacino are both at the very height of their powers," he said of the 1995 film. "That scene in the cafe, right at the centre of the film, is what acting's all about. High stakes and perfect understatement."

For Those Who Love Classics

For Hiddleston it doesn't get any better than the 1935 film Top Hat starring dancing legend Fred Astaire. "Nothing beats Fred Astaire in flight," he said of the film.

For That Time You Want a Good Cry

Time Out magazine nominated Hiddleston to pick his favorite romance film and Hiddleston came up with a list of 10 great ones that will change the way you think about love. (If you're really hardcore you can marathon them all in one sitting.)

And if you're surprised that Hiddles picked The Last of the Mohicans as his number one, here's his reasoning behind the selection.

I find “The Last of the Mohicans” extraordinarily romantic. Mann explores notions of heroism, chivalry, masculinity, sacrifice and intimacy – all inside a motion picture which looks and feels at other times like a historical epic, an action adventure and a war movie.The relationship between Daniel Day Lewis and Madeleine Stowe is among the most romantic that I can remember, but the real knife in the heart is between Eric Schweig and Jodhi May. Don't even get me started on the score. I might actually cry.

For a #TBT Movie Night

In 2011 Hiddleston was asked by Empire magazine what his favorite films of the year were. Now that it's been about four years you can hold a throwback film night and watch all his 2011 favorites including The Tree Of Life, Bridesmaids, Warrior, Drive, and The Help.

Never again will you be at a loss for what to watch if you stick to this carefully curated list of Hiddleston's favorite films. No matter what mood you're in, Hiddles has a movie recommendation that you're sure to love. So make some popcorn and settle in for some Tom Hiddleston inspired movie nights — they're the best kind you can have.