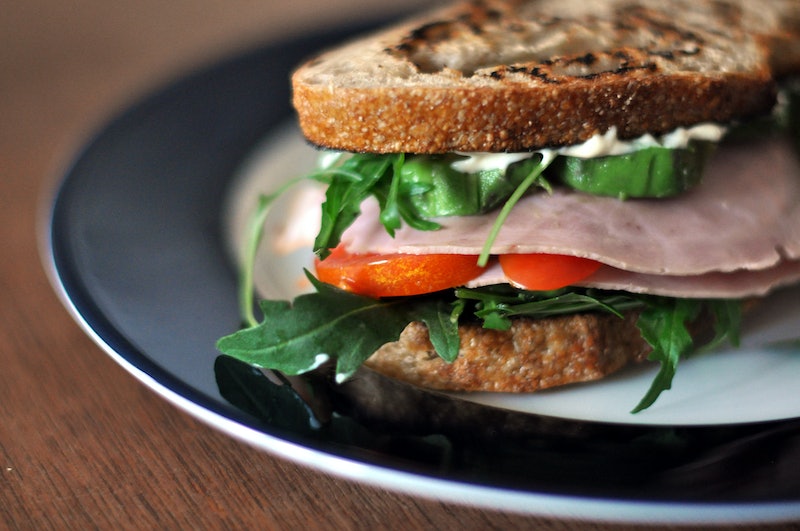 On Tuesday, citizens across the country will head to the polls to cast their votes for in wide array of local elections. On the same day, an equally large, if not larger, number of people will head to their local sandwich shop to stuff their faces with a wide array of meats, cheeses, and breads. That's because Tuesday happens to be both Election Day and National Sandwich Day, which are both big deals in their own right. One decides important state legislature and city leaders, and the other encourages you to eat carbs guilt-free. Yes, it's a very fortuitous day to be an American. Election Day and National Sandwich Day are the perfect combination.

This might not be as headline-grabbing as the 2016 presidential election, but it is important nonetheless. This year, several major decisions will be determined across the nation. Kentucky, which has had an unlikely liberal Democratic governor during the Obama administration, could become substantially more red after its gubernatorial election. Recreational and medicinal marijuana could become legalized in Ohio. And a handful of the largest cities in the country will get new mayors, including San Francisco, Philadelphia, and Houston.

Meanwhile, equally important decisions will be made at sandwich shops across the nation. Does horseradish or mustard go best with roast beef? Should I go for the classic Banh Mi or the classic Cuban (or both?)? Am I being unrealistic in ordering the 24-inch special sub?

While very different in nature, these questions are just as worthy of answering as those about who will lead us. And when you put the two crucial events together, America gets one hell of a day. Here are six reasons Election Day and National Sandwich Day are the perfect combination.

You'll Want Something To Much On In Line

Sometimes, local polls can get quite packed, and you might find yourself in a long line that never seems to move. What better way to pass the time than to munch on a delicious bacon, egg, and cheese sandwich? Everyone else in line might hate you a little bit as they salivate at the bacon aroma, but it's better to be you than them.

Voting Can Work Up An Appetite

Deciding local legislature and leaders is a big responsibility — one that could be quite taxing emotionally and mentally. After finishing up at the polls, you might be exhausted and starving. Reward yourself for being a good citizen with a nice, big sandwich.

Any Excuse To Leave The Office Is A Good One

On Tuesday, Americans will have not one, but two reasons to skip out on work for a couple of hours. You're doing your duty as a citizen, after all. But while you're casting your vote in your local election, stay out a little longer and celebrate National Sandwich Day with a hoagie.

Show Love For Your City With Its Signature Sandwich

If you're voting in your local election, then chances are you really care about your city. Show your love in another way by enjoying its signature sandwich. Voting for a new mayor in Philadelphia? Celebrate your civic duty with a Philly cheesesteak afterward. Voting to keep Kentucky somewhat blue? Indulge in a classic BBQ brisket for your efforts.

Certain measures that are being voted on could ultimately affect the local economy, which could then influence the local sandwich business. This is yet another reason you should vote, and contribute to the regional sandwich industry while you're at it.

We need elections to keep the country running smoothly. We need food to keep our bodies running smoothly. Therefore, with the combination of Election Day and National Sandwich Day, all is right and good in the world.