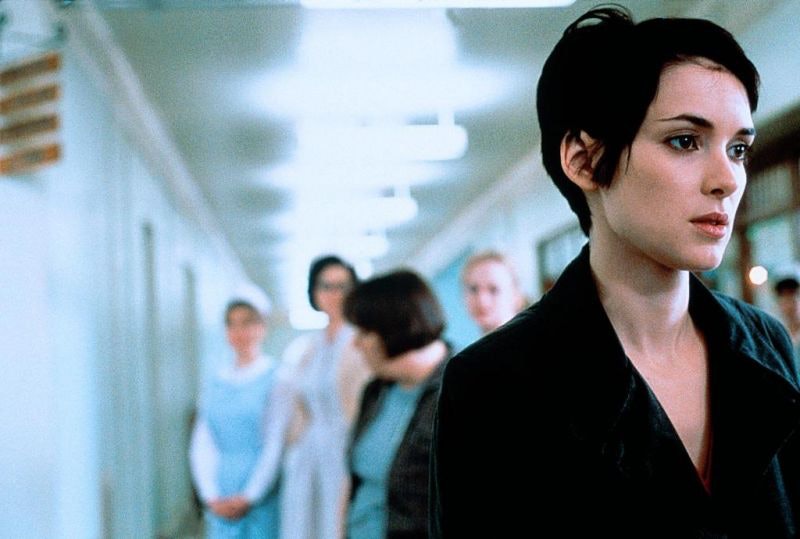 A few years ago, I got a call from a social worker, asking me to come to a local mental health facility and attend a meeting for family members of people who were receiving treatment — which came as a shock, as I did not know I that had any family receiving treatment at a mental health facility. She told me that my mother, whom I hadn't spoken to in months, had come there to learn how to cope with her borderline personality disorder. I hung up the phone shaken — no matter who you are, you're never really prepared to field a surprise phone call about how your mom has checked herself into a mental hospital. But I was also relieved. I had spent decades of my life struggling to find a name or cause for my mother's mood swings or terror of being abandoned. I wondered if I finally had discovered it, and if things were finally about to change.

BPD, for those of you who only know about it from its mention in the 1999 Winona Ryder movie Girl, Interrupted, is a personality disorder that, according to the National Institute of Mental Health, is typically marked by unstable moods and relationships as well as problems regulating emotions. It afflicts 1.6 percent of Americans over the age of 18, but many experts think that more people than that struggle with the disease, which is frustratingly difficult to diagnose — symptoms usually manifest in relationships with others, as opposed to mood disorders like depression or anxiety, which often have physical symptoms or symptoms that appear independent from outside stimuli.

The Diagnostic and Statistical Manual of Mental Disorders , the reference handbook that mental health professionals use to diagnose psychological illnesses, recently overhauled their criteria for BPD, switching over from the classic nine symptom checklist you might find floating around the Internet, to a more expansive list of symptoms of borderline personality disorder. For the purposes of this article, I'm referencing the most common BPD symptoms listed on the website for the National Education Alliance of Borderline Personality Disorder.

Of course, just learning abut BPD didn't magically change my relationship with my mother — like any mental health problem, there's no magic bullet to "cure" BPD. And treating BPD is harder than many other mental illnesses, because the symptoms can look so different from person to person. But still, being aware of what a person struggling with BPD is going through can be helpful for a number of reasons, whether you're helping a loved one cope with the disease, or you've just been curious since you read about NFL player Brandon Marshall's BPD diagnosis. So here are six common symptoms of borderline personality disorder, explained.

People with borderline personality disorder are, to use a metaphor popular in mental health communities, the emotional equivalent of burn victims — the small setbacks, slights, and miscommunications that the rest of us brush off cause them intense emotional agony. As the New York Times described it, "affected individuals seem to be born with a quick and unduly sensitive emotional trigger." Dr. Marsha Linehan, a psychologist who developed a treatment method called dialectical behavioral therapy that is commonly used for BPD, told the New York Times that BPD sufferers “are in excruciating pain that is almost always discounted by others and attributed to bad motives.” As you can imagine, this causes a lot of stress and trauma in personal relationships, for all parties involved.

BPD sufferers often have tumultuous relationships with loved ones, which the National Institute of Mental Health says are often typified by alternating "idealization—'I’m so in love!'—and devaluation—'I hate her.'

The idealization/devaluation pattern described above is also sometimes known as "splitting," or "Black-and-white thinking." This kind of thinking generally categorizes all people, places, and things as either the best or worst ever, with no shades of gray. This applies to the BPD sufferers themselves, too — a conflict with others can often make a sufferer view themselves as either a pure victim or the worst person who has ever lived (this may play a role in why self-harm and suicidal ideation are so common among BPD sufferers — up to 80 percent of BPD sufferers experience suicidal feelings, and between four and nine percent actually die by suicide).

In a great piece for Thought Catalog on life with BPD, Carrie Lynn Davis describes the experience of being a BPD sufferer in a relationship and the role that that kind of black-and-white thinking can play:

Borderlines often feel the most extreme version of a feeling. A fight with the bf/gf can almost instantly send you into a head-exploding rage or a major, debilitating depression — either he/she is the Anti-Christ / Torturer of You 4Ever / User & Abuser Extraordinaire, or you just destroyed the best and only relationship your sorry ass will ever have.

People with BPD often have a major fear of abandonment. The National Institute of Mental Health describes the common fear of abandonment among people suffering from BPD as "[e]xtreme reactions—including panic, depression, rage, or frantic actions—to abandonment, whether real or perceived." This can often look like manipulative, irrational, controlling or just selfish behavior when you're on the receiving end.

As Lauren Oceane wrote in a sharp essay on living with BPD for Elite Daily,"If I’m not spending most of my time with my friend or significant other, I immediately believe he or she will abandon me." Or as an anonymous writer on Quora explained it: "You feel like you will die if someone does not love you anymore. You feel this way because you feel essentially unloveable, and this makes you feel pointless and worthless and, most importantly, disgusting."

A lot of us think of ourselves as impulsive — we buy clothes when we told ourselves we were going to stick to our monthly budget, we take a last-second trip out of town, we decide that this party isn't a real party until we move it to the karaoke bar down the street. This is a form of impulsivity, yes; but it's not the kind that people dealing with borderline personality disorder have to struggle with. Rather, impulsive behavior among folks with BPD often has to do with self-destructive behaviors, or even actual self-harm; according to NAMI, "spending sprees, unsafe sex, substance abuse, reckless driving, and binge eating" are all common among sufferers.

An essay from xoJane by a BPD sufferer named CC helps put the kind of impulsive behavior that a lot of BPD sufferers struggle with into relief:

But everyone my age has dangerous sexual habits, problems with Adderall and drugs, falls in love with a man after meeting him and then upon the first sign of betrayal seeks to destroy his life. Everyone drinks to blackout and then drives around town listening to music, doesn’t eat for days then binges at a fast food joint. Right?

The National Institute of Mental Health also notes that many BPD sufferers experience a "[d]istorted and unstable self-image or sense of self, which can result in sudden changes in feelings, opinions, values, or plans and goals for the future (such as school or career choices)." This kind of distorted thinking can also relate to their sense of physical self-esteem or how "good" or "bad" they think they look.

Folks suffering from BPD often have a problem controlling both their thoughts and the ways that express them; NAMI points out "inappropriate, intense anger or problems controlling anger" as one of the most common expressions of this tendency, although obsessive and paranoid thoughts can also be a part of it.

CC from xoJane reports a tendency to obsess about topics from pulmonary embolisms to "my mattress catching fire in the night," and describes how having trouble regulating her emotions impacts her dating life:

In general relationships are exhausting for me because during one day, I have at least 5 different moods and feelings that all feel legitimate and warranted about the person and they’re none the wiser. Sometimes it’s so overwhelming that I depersonalize -- that is, I don’t feel like I’m in my own body.

Oceane at Elite Daily similarly noted, "Another painful part of BPD is the way I treat other people. I can go from appreciating people to completely devaluing them."

I don't know if my mother ended up using them. We had one doctor-mediated meeting, six months into her treatment, that felt as full of cruel, black-and-white thinking as anything I experienced in my childhood. I left thinking, "Either this doctor is a quack, or my mother, in addition to suffering from BPD, is just an asshole."

And that's the thing: BPD doesn't make you a villain. People suffering from BPD may sometimes act in negative ways that are out of their control, but ultimately, they can make a choice to create a better life for themselves and their loved ones. It may be much harder for them to make that choice than it is for many of us — but the choice to get help and try to have a better life is still one that can be made.