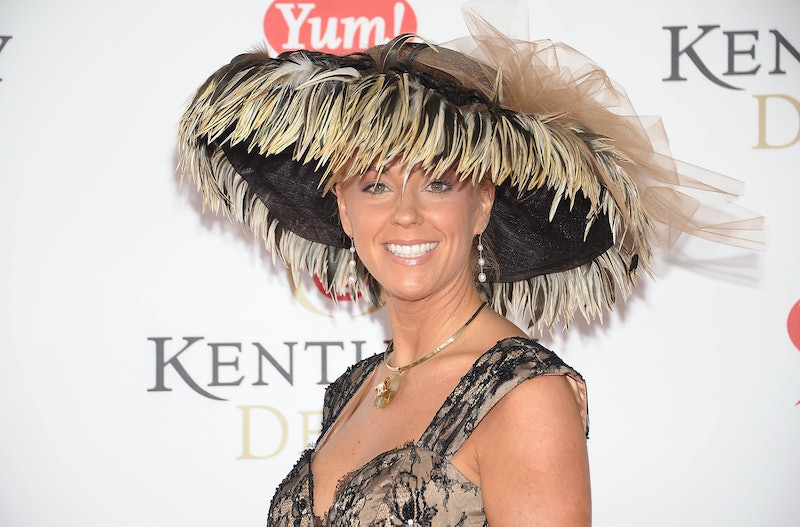 I know what you're thinking, "Kate Gosselin news? Really?" Yes, really. I know this family tends to pop up in the tabloids not and then, but a story is worth it this time because twins Mady and Cara Gosselin have called their mom "annoying" and made some pretty amazing comments about their father's dating habits. The Gosselin twins may only be 13 years old, but they seem to have a decent grasp on the weirdness that is the media's obsession with their parents.

Cara and Mady spoke very bluntly with People Magazine about their parents and their lives after Kate and Jon's extremely public divorce. Cara told the magazine, "People expect us to be damaged" and Mady followed up, "People think we're supposed to be messed up, like, 'Oooooh, the poor Gosselin kids, they're going to be scarred for life, waaaaah.' Here's the big news: we're not messed up."

I love the sarcastic "waaaaah" at the end there. That "waaaaah" was my first hint that the Gosselin twins are going to turn out just fine because they've somehow managed to keep a sense of humor. Of course, they are only 13 so Kate Gosselin could have just been feeding them lines. I don't see Kate as a real mastermind though. I've seen enough well-executed momagerial work in my day to know what I'm looking at here. That and the fact that the kids went on to insult her.

"She is so annoying!" said Mady. Cara continued, that she's "annoying on purpose. Like, she does it just to bother us." For example? "Like, she says 'spensive. I'm like, 'Mom, it's expensive. 'Spensive isn't a word! Stop it!'"

Kate would. That haircut she used to have was that of a lady who says 'spensive.

But what about Jon, girls? What's he up to? Still into Ed Hardy? The twins spoke about their father in reference to their parents' 2009 divorce. Mady said,

I don't remember any of it. At all. Actually the stuff I remember now is stuff I really didn't see anything wrong with at the time ... but now that I look back, I can see, 'Oh that wasn't really a good thing.' Like girlfriends. Lots of girlfriends. Like maybe that wasn't so normal to have someone new, like, every week.

The fact that these girls realize their father's past decisions were strange and not a "good thing" says a lot about their understanding of the situation. They're already at a point of accepting something and moving on from it which is something that's hard even for adults. Or their mom told them what to say... I just really hope that isn't the case. Hopefully their six nine-year-old siblings will beat out probability and turn out just as well.