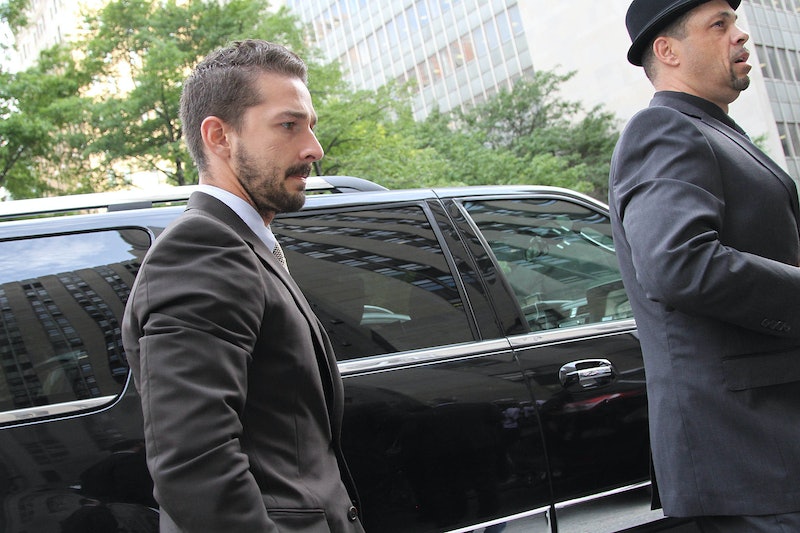 So, unless you've been living under a rock with no Wi-Fi for the past couple of weeks or so, you're probably aware that Shia LaBeouf has been in a bit of a...disagreement with comic author (Ghost World!) Daniel Clowes about what constitutes plagiarism and what doesn't. In the sense that, well, Shia LaBeouf plagiarized Daniel Clowes' work, and has spent the following weeks posting the apologies of other famous people — everyone from Tiger Woods to Kanye West — on his Twitter. Was LaBeouf sticking his middle finger up to Clowes and the rest of the world by plagiarizing the possibly genuine apologies of others in response to his own plagiarism, or has he truly gone off the deep end? Is this performance art? Can someone really be this much of an asshole? That, we may never know — but it looks like the saga might be finally coming to an end. According to Bleeding Cool, Shia LaBeouf has received a cease and desist letter from Daniel Clowes' lawyers in response to the plagiarism.

Of course, since this is Shia LaBeouf and he's all into, I don't know, art, he posted the cease and desist letter in full on his Twitter. Here, take a look:

Recognize that last status update in the letter? That's exactly what he posted on this Twitter right before receiving the letter:

Patton Oswalt's picture is there, if you're not aware, because Oswalt spoke out against LaBeouf when the plagiarism accusations came to light.

As for what will happen next, that remains to be seen — LaBeouf doesn't seem like he's taking the cease and desist letter very seriously if he's gone ahead and posted it on his Twitter feed, and he seems really into the idea that the concept of intellectual property and legal copyright shouldn't exist because, as he tweeted:

Ugh, no, Shia LaBeouf. That is not how it works.