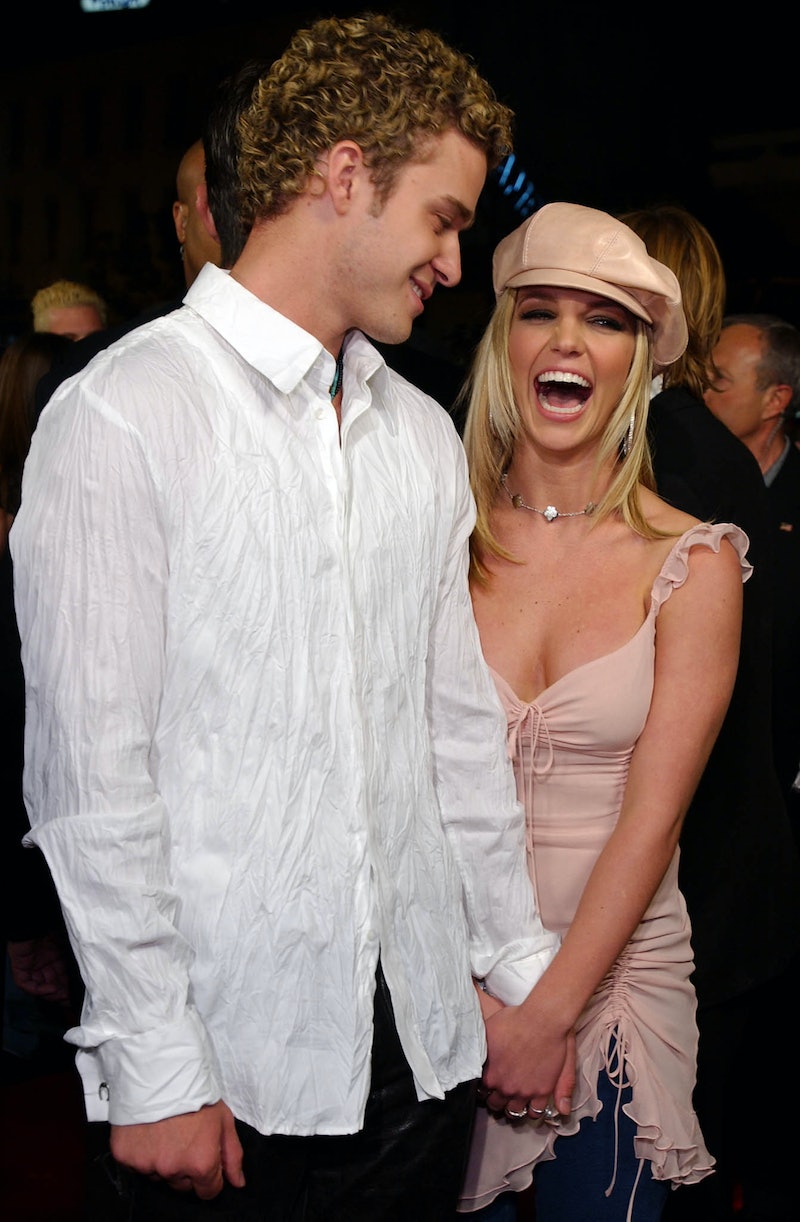 You know how sitcoms always have that one episode that takes place in an alternate universe? I want that to happen in real life, but with just one small adjustment: Britney Spears and Justin Timberlake, still together and living happily ever after. Their breakup was one of the most devastating moments of my teenage years, because who could believe in love if these two couldn't make it work? The future looked bleak, but somehow, we all made it, and today, pop culture doesn't seem any worse for the wear.

Timberlake and his wife, Jessica Biel, seem really happy (and adorable) together, right? And although Spears definitely went on to suffer more romantic roadblocks — namely, her short-lived and widely panned reality show, Chaotic — I have a feeling she wouldn't trade her children for anything. But what if Spears and Timberlake had never broken up?

OK, so it's not like anything that happened between the early 2000s and now would change — in the sense of the bigger world around us, anyway. Things would be very different in the entertainment world, though. I know what you're thinking. Would the universe actually change that much because of one celebrity relationship? I am here to tell you that it would.

In fact, 2015 as we know it? Basically unrecognizable if Spears and Timberlake were still together.

The World Would Have No Idea Who Kevin Federline Is

Spears has called the reality show she shared with Federline, Chaotic, one of her "worst career moves" ever, so a world where Spears had never met Federline would effectively erase Chaotic from existence. Of course, Federline would still exist, but we'd probably be totally oblivious to it... and to his rap career. Instead, maybe Spears and Timberlake would have had their own reality show on E! or something. And it would have been amazing. I'd watch Timberlake watch TV in his boxers and talk about what he and Spears should eat for dinner all day on a loop.

As A Society, We Would Have Witnessed One Of The Best Celeb Weddings Ever

You know how people (OK, me) still talk about Kate Middleton and Prince William's wedding, even though it was years ago? Spears and Timberlake's wedding would have had the same effect, especially because in my imagined version of it, every single member of *NSYNC served as a groomsman.

Jessica Biel Would Have Married Someone Else

Let's not kid ourselves — without Timberlake, she would have found someone. I'm not worried about her.

There Totally Would Have Been A Crossroads 2

UGH, I can't handle the FOMO for something that never even happened.

We'd All Still Believe In Love

At least, until a different celebrity couple broke up.

OK, Spears and Timberlake started dating in 1999, so they would have gotten married by 2005, if they decided to take things slow and stay together a full six years before tying the knot. That means in today's world, they'd be gearing up to celebrate their tenth anniversary, and there would be kids all over the place. Maybe two, maybe three, maybe enough sons for a family boyband. And they would all be gorgeous.

There Would Have Been An Epic Tour

Britney Spears and Justin Timberlake, co-headlining like Beyonce and Jay-Z did on their On The Run tour last year. Could you imagine?!

We'd All Have Gained An Appreciation For All Denim Formalwear

Just kidding. Regardless of Timberlake and Spears' relationship status, everybody knows it was tacky as hell.