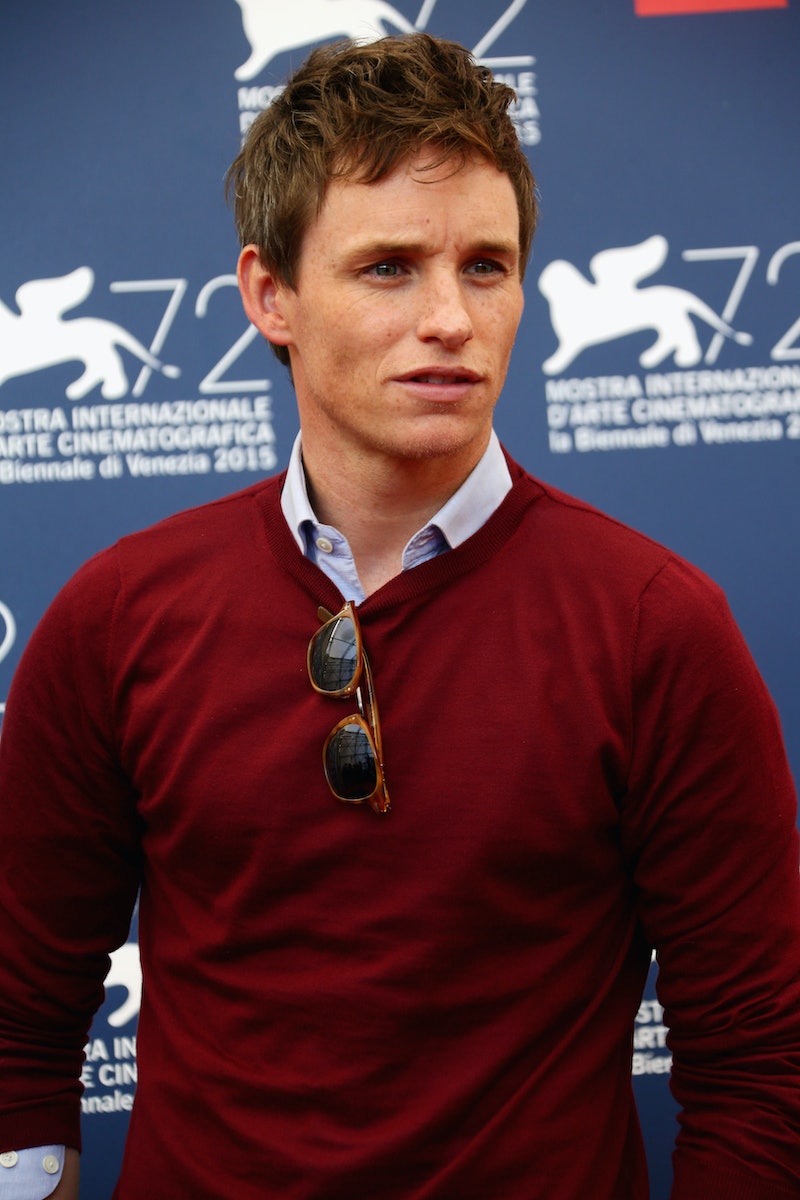 Are you ready for this, Potterheads? After what seems like an interminable amount of waiting, we finally get our first look at Eddie Redmayne as Newt Scamander in Fantastic Beasts and Where to Find Them. The magical image comes to us courtesy of the Oscar-winning actor's new Entertainment Weekly cover — and it doesn't disappoint.

Clad in a teal overcoat and tweed suit, Redmayne is, of course, holding a wand and his briefcase. According to Entertainment Weekly, he's standing in front of the "Magical Congress of the United States of America (or MACUSA), which is the American version of the Ministry of Magic that’s housed inside the Woolworth Building in the film." Yes, it's totally different from the Harry Potter movies, but make no mistake — this image has the magical signature of being born from J.K. Rowling's imagination. In other words, it's awesome and looks to hold up to the high, high standard set by the other movies.

According to the Fantastic Beasts and Where to Find Them IMDB page, the movie is set to hit theaters on November 18, 2016. Yes, that seems like ages away, but luckily this Entertainment Weekly issue has even more sneak peeks for fans. (They tease more details on the characters, what American wizards are like, and how this will differ from the other Harry Potter movies.) We can all get through the wait together, guys.

In case you aren't familiar, Fantastic Beasts is a prequel to the Harry Potter series. It was first published back in 2001 as an encyclopedia of magical creatures. The IMDB description explains that the movie follows "Newt Scamander in New York's secret community of witches and wizards seventy years before Harry Potter reads his book in school." In addition to Redmayne, the movie also stars Colin Farrell, Ezra Miller, Jon Voight, Katherine Waterston, and Samantha Morton.