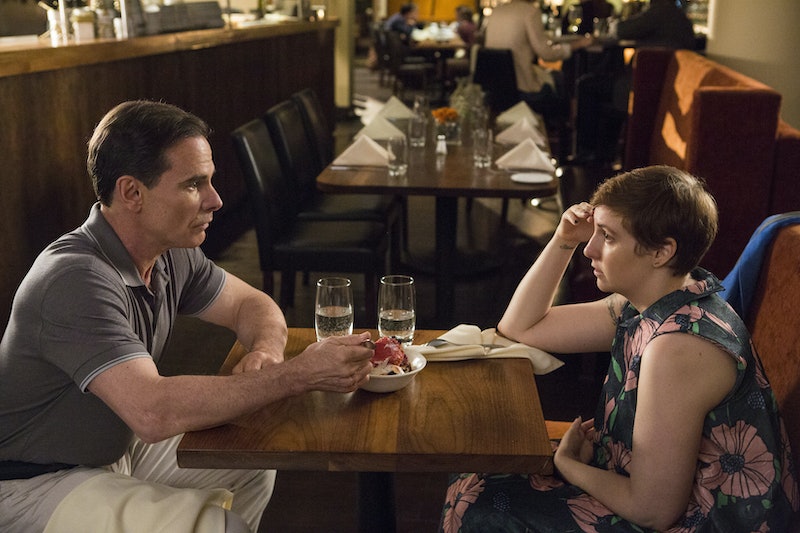 Really getting through and talking with your parents about your politics, your beliefs, or anything else that's important to you can be hard work. They've been around for a lot longer than we have, so they're pretty set in their ways; plus, the United States they grew up in was completely different than the country we know today, which might mean their views on American culture aren't always aligned with ours.

At the end of the day, millennials are more open-minded and tolerant in general than the generation before us. For example, in 1972, only 52 percent of Americans were OK with a gay man teaching in a university settling; in 2012, that number went up to 85 percent. Millennials are also much less likely to put up with inappropriate remarks about race, sexuality, and religion overall. These generational differences can sometimes make for a pretty tough time when you want to have a conversation about feminism. Obviously, not all of our parents have a particular set of political views; but some of our folks may feel that a lot of modern thinking about issues like women's rights is out of sync with their values. This can lead to things like slightly sexist jokes on their part, simmering rage on your part and other things that can definitely ruin a family dinner.

If this sounds at all familiar, know that I'm totally with you. I've got parents who are more conservative than I turned out to be, and trying to get them to see my feminist point of view has never been easy. Luckily, I've figured out a few things over the past several years that have helped me ease the discomfort. Based on my own experiences, here are six ways to talk about feminism to your parents who just don't get it:

What we're taught about women's history in school today isn't nearly up to scratch — so imagine what our parents were presented with when they were in the seventh grade. Probably not much more than than a passing mention of Elizabeth Cady Stanton. Because they weren't given a comprehensive lesson on how women have been overwhelmingly marginalized in our country (and throughout the world, for that matter), they may not fully understand the oppression women have faced, and continue to face.

If this sounds like a fruitful road to go down, you could begin the conversation by dropping a few statistics: it wasn't until the 1850s that women women gained the right to own property; only in 1963 was there legislation passed that required equal pay for equal work; and the first time the U.S. Supreme Court even heard a case on sexual harassment was in 1977.

Even if they are familiar with these facts, there's no harm in jogging their memories on the basics. However, don't dump all the numbers in their laps at once. Instead, find the opportune moments to incorporate a fact or two into a conversation — maybe when you're telling them about an exciting job interview you've got lined up. It can help tie the facts of women's historical struggle for equality to their own daughter's attempts to find equal pay and satisfying work in the professional world.

2. Remind Them Of Today's Inequalities

Reminding them of facts that prove that sexism still exists today can often go further with people who are resistant about feminism than any amount of theoretical talking points. For example, women still pay more than men for the same health insurance policies; for example, the New York Times found that in Chicago, a 30-year-old woman will dish out 31 percent more than a dude for the same Blue Cross Blue Shield policy. And this is the norm, as 90 percent of the best-selling health care plans adopt the same inequality.

Fill them in on the stuff that directly affects you. No matter how much your parents think that they don't care for feminism, there's no way your father will be stoked to hear that 25 percent of women have been sexually harassed online; nor will your mom be happy to know that you earn 78 cents for every dollar a man makes.

Finally, do some research on current issues that are closest to your parents' hearts. My mom has a real soft spot for young girls who never had good access to education, so I constantly remind her that 62 percent of Pakistani girls have never, ever been to school. It breaks her heart, and I can see her starting to understand that there are millions of women out there who don't have the most basic of rights.

3. Explain How Older Women Are Disenfranchised

I’m guessing your parents are middle-aged or older, which means the notion of collecting Social Security isn’t as abstract for them as it is for us. They’ve probably spent a good chunk of time thinking about what life is going to be like when they retire, and I'm sure they get worried from time to time that they won't be cared for properly.

Since that is probably where their heads are at, they'll likely be upset to hear that between 2011 and 2012, the percentage of elderly women living in poverty rose by 18 percent, while there was no increase whatsoever among men over 65 living in poverty. Katherine Gallagher Robbins, a senior policy analyst for the National Women's Law Center, told the Atlantic that this "big jump" was both unexpected and worrisome, especially considering the fact that the percentage of individuals working over the age of 65 has grown 67 percent over the last 10 years.

Furthermore, the Social Security checks that women do receive in their older age don't accurately reflect much of the work they did throughout their life, such as care-work and "off the books" labor. Due to the vast inequalities that our parents' generation lived with, men don't face this same problem.

Many older women are not being cared for at a point in their lives when they desperately need the attention, and this affects their overall health as well. This is a big feminist issue — one that might not be the most high-profile, but it will probably hit close to home for your parents, especially your mom. Knowing that feminists are fighting for her and her friends' not-so-distant future might help her understand your passionate belief in feminism a little bit more.

4. Tell Them About Women's Inequality Around The World

The outrageous inequalities women in developing countries must deal with would make some of the most anti-feminist people around cringe in incredulity. No matter what their beliefs, most people can agree that these inequalities are beyond disturbing — so talking about them can be a good place to begin a discussion with your parents about why feminism is so important.

You could begin by discussing the fact that there are countries out there that forbid women from driving at all. Or how those feminine hygiene products that we in the U.S. take for granted, such as sanitary pads, are considered a huge luxury in parts of Africa and India. Females of all ages don't have access to them, resulting in infection and disease.

Although they might not be well-versed on international women's rights issues, your parents are definitely familiar with the the 2004 tsunami that devastated Indonesia, India, Sri Lanka, and Thailand. But did they know that there were four times as many female casualties as male, for a number of unfair reasons? For one, the clothes many women in these areas were required to wear — long, heavy skirts and multiple layers — decreased their ability to move quickly and seek shelter. Also, most of them had never been taught to swim, unlike their male counterparts.

By linking inconvenient truths to news issues that they're already acquainted with, your parents might start to see things a bit differently.

I've made this mistake one too many times. The last time I visited my parents, I yelled at my dad in the car because he made an insensitive comment about all the female bosses who have recently been hired at his company. My heated reaction did exactly the opposite of what I intended; he felt personally attacked (and let's face it, he sort of was) and immediately got defensive. We were stuck in a pointless screaming match for about an hour — and I still hadn't inched him any closer to accepting feminism.

I know firsthand that it can be incredibly frustrating — even heartbreaking — when you and your parents don't see eye-to-eye on the issues that you're most passionate about. But let me also tell you from personal experience that getting upset at them won't solve a thing. Stay calm, speak from an honest place, and don't make them feel dumb for not knowing about the things that you're an expert on. You're not here to rage. You're here to try to help the people you care about understand an issue that you also care about.

6. Relate Everything Back To You

Nothing that any policymaker or women's rights activist can say about feminism could possibly shake up your parents the way that picturing you unhappy will. Our parents care about our well-being above all else, so use this to your advantage when trying to explain to them why feminism is important (hey, I'm sure you had some practice doing this during your tween years).

Present it this way: "Hey Dad, did you know that by the time I turn 59, I will have lost $800,000 because women don't get paid as much as men do at work?" Remind your mom that if you had been born in, say, Sudan, there is a very high likelihood that you would have been married off before you even turned 16.

The second your parents imagine sexism not as an abstract issue, but as a real-world problem that could leave their daughter mistreated and forgotten, they'll have a harder time being OK with these inequalities. When you're at the center of the issue, feminism becomes more personal, rather than just a theory being discussed on the news.