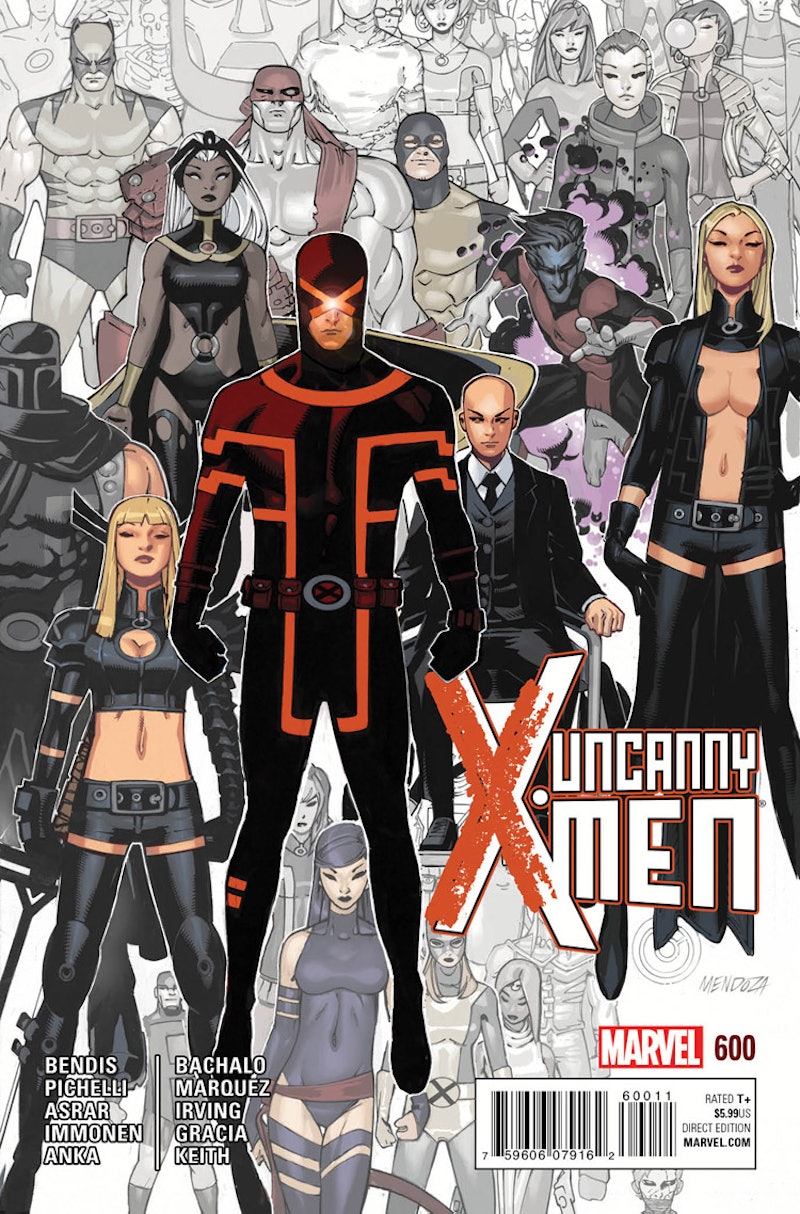 The latest issue of Marvel's Uncanny X-Men has tackled life in the closet in a way only comics can. In the last chapter of Uncanny X-Men #600, Bobby Drake, aka Iceman, comes out as gay, admitting it to himself.

If this all sounds the slightest bit familiar, it's because Jean Grey outed Iceman back in April. In All-New X-Men #40, a young Jean confronted her friend about his sexuality after reading his mind. Because, you know, that's kind of her thing.

But the latest X-Men adventure has young Bobby Drake confront his older self, who is living under a heterosexual guise. It isn't a cheery scene. We see the older Iceman's conflict with "be[ing] a mutant and gay," and his words convey a degree of shame for remaining in the closet. He asks his younger self, "How are you more put together than me?"

Iceman isn't the first openly gay Marvel mutant. That honor goes to Northstar, who came out in 1992 after 13 years of subtle hints and speculation, and who married his boyfriend, Kyle, in a 2012 issue of Astonishing X-Men. However, Bobby Drake is the first and only member of the original X-Men cast to come out.

Marvel continues to amaze with its commitment to diversity. Its "All-New, All-Different" lineup features Pakistani-American Kamala Khan as Ms. Marvel, Korean-American Amadeus Cho as Totally Awesome Hulk, and a Red Wolf revival, among others.

The story of the two Icemans — Icemen? — continues in Extraordinary X-Men #1, out Wednesday from Marvel Comics.