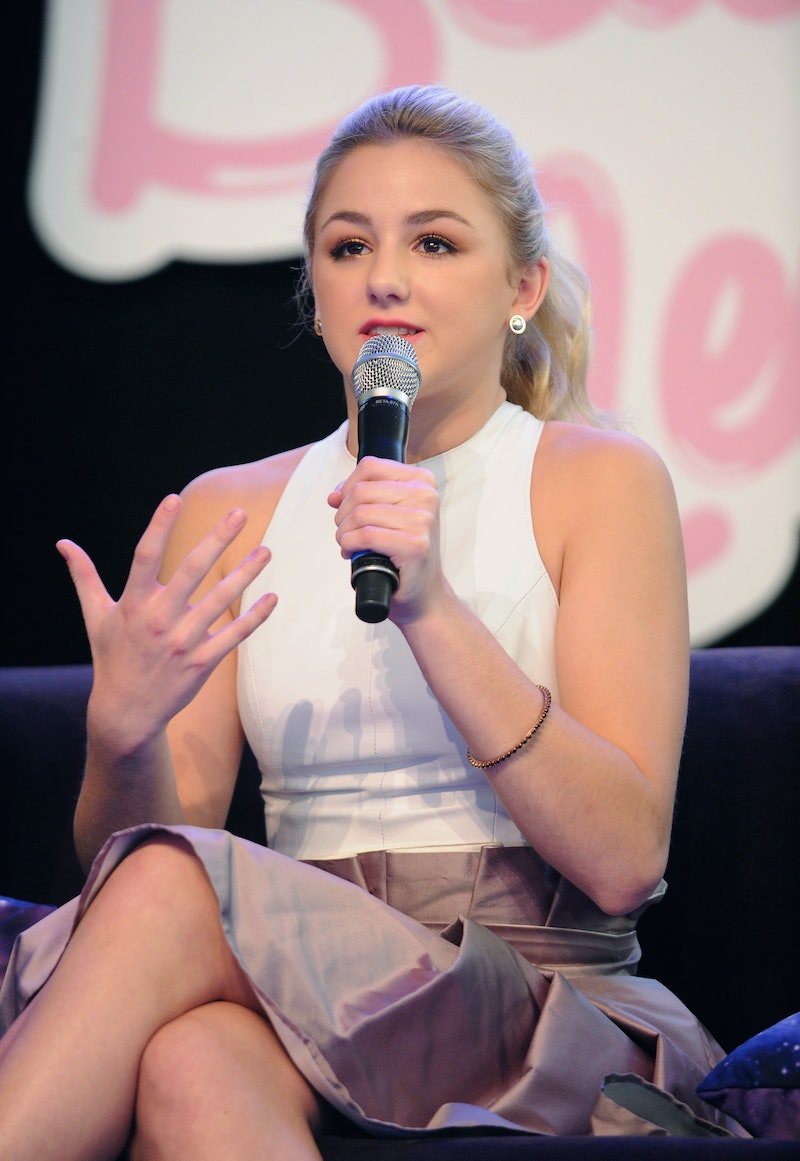 The star power contained within Lifetime's Dance Moms clearly can't be tamed, as yet another one of its stars is poised for breakout success. I'm already a fan of Chloe Lukasiak's inspirational Instagram and her totally relatable Twitter account, but it turns out she's a pretty amazing actress as well! Lukasiak will star in Center Stage: Dance Camp , the second spin-off from the hit 2000 romantic movie.

The site reports that the third installment in the series finds "Jonathan Reeves (Gallagher) tasked with infusing more contemporary styles and modernism into the American Ballet Nicole Munoz Academy and enlists his his top choreographers Charlie (Radetsky), Cooper (Stiefel) and Tommy (Wormald) to recruit dancers to compete at a camp where the winners will be selected to join the Academy. Bella Parker (Muñoz), who has always lived in the shadow of her hugely successful sister Kate, finally gets her chance to step into the limelight as one of the dancers recruited for the camp. Lukasiak plays Gwen, a talented dancer prodigy who competes at the camp."

It's so great to see the cast of Dance Moms successful in other areas. The most well-known breakout story from the show is Maddie Ziegler, who partnered with Sia on a number of music videos and an upcoming movie. Lukasiak's new role confirms something we've long suspected: She's got a lot of talents outside of her unbelievable dancing and the Center Stage spin-off is the perfect place for her to showcase them. Now if only we can get Mandy Moore on board to perform another Center Stage soundtrack song.