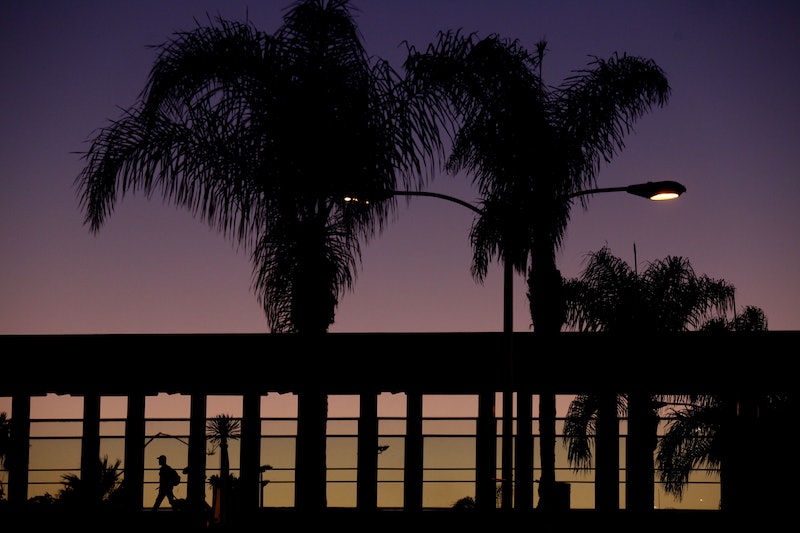 San Diego Police are responding to reports of an active shooter in the city's Little Italy neighborhood, after officers responding to a domestic violence call heard gunshots just after 9:00 a.m. local time on Wednesday. The reports of the active shooter caused San Diego International Airport to prevent aircraft arrivals with a ground stop, according to TIME. Police advised San Diego residents to "stay away from all windows until further notice" on Twitter. Streets near the reported incident were shut down at about 10:00 a.m. local time. The neighboring City Tree Christian School and Washington Elementary School were put into precautionary lockdowns, though police reported that "the children are safe."

Ian Gregor, a public affairs manager for the FAA, told TIME that San Diego International Airport isn't landing planes "due to the active shooter situation under the approach path." Arriving planes would have to fly over the Bankers Hill area, where the shooter was reported to be located inside an apartment complex, to get to the airport, so the airport isn't taking arriving planes. The male shooter has apparently been firing shots sporadically inside the apartment complex, according to the Associated Press. Police entered a standoff with the shooter, and there have not been reports of anyone hurt in the situation. According to the The San Diego Union-Tribune, the shooter "had a high-powered rifle."

San Diego Police Lt. Scott Wahl told the Union-Tribune that authorities don't believe the shooter has taken anyone hostage. A SWAT team has surrounded the area, and police have advised local residents to "shelter in place." The Union-Tribune reports that the SWAT officers "shot teargas canisters through the roof hatches" in the complex on Wednesday. The suspect is reportedly being contained in a one-bedroom apartment, and the woman who had allegedly been involved in the original domestic violence incident was safely removed from the scene. "We're still actively trying to mitigate the situation and use every option available to try and make this situation come to a peaceful resolution," Wahl told KTLA.

NBC 7 in San Diego notes that the apartment complex where the shooter was reported is less than two miles from San Diego International Airport. Those traveling on flights Wednesday or who had planned to meet people arriving at the airport have been advised to contact individual airlines regarding flight statuses. Rebecca Bloomfield, a spokesperson for San Diego International Airport, told NBC 7 that Lindbergh Field (the local name for the airport), which is about 1.6 miles southwest of the active shooter's location, is being used as a ground stop for arriving flights. Gregor also told San Diego 6 that flights headed to San Diego are being held in their departure locations in the western United States.

This story is developing and will be updated.