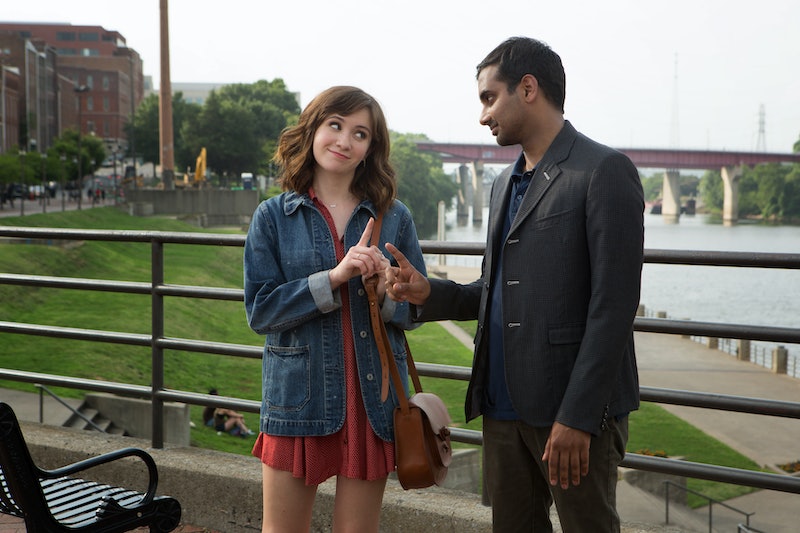 Your new favorite Netflix comedy, Master of None, is almost here. While it's awesome to see Aziz Ansari in a sitcom again after Parks and Recreation, the supporting cast is full of familiar faces as well. Who is Master of None actress Noël Wells?

On the Netflix series, Wells plays Rachel, a music publicist and love interest for Ansari's character Dev. According to the official Netflix press release, Rachel is someone who "offers a potentially fun, stabilizing force in Dev’s love life – if he’s ready to handle it." “...I think she’s really laid back and easygoing,” Wells said in the release. “And I think that’s why Dev likes her, because she’s not complicated in the way that a lot of these other girls (are).” Also according to the press materials, Dev is someone "who has trouble deciding what he wants to eat, much less the pathway for the rest of his life." Sounds like a fun dynamic already! The show follows them in New York City as they and their friends try to navigate life and modern etiquette.

The actress and comedian Noël Wells has been on the scene for a while. She is producing and starring in a pilot for Comedy Central titled Bad Couple. You'll even hear her voice on Disney XD's Wander Over Yonder as "Lord Dominator." (This show is definitely one to look out for, especially as your favorite fan artist and graphic novelist Noelle "gingerhaze" Stephenson is on the writing staff for Season 2.) As for the recent past, here are a few places where you've spotted the Master of None star.

From 2013 to 2014, Wells was a featured performer on the sketch series. She did a killer Lena Dunham impression in the season premiere opposite Tina Fey and was also memorable as part of the holiday classic "Do It On My Twin Bed" with the other ladies of SNL. Another one of my personal favorites from Noël Wells' tenure on the series is the Fifty Shades Of Grey auditions, in which she played Emma Stone and Kristen Stewart (and Nasim Pedrad as Aziz Ansari so, bonus). I would say that it's unfortunate that she was only on the show for one season, but Master of None proves that everything is working out just fine!

You may also recognize the actress from Funny or Die, CollegeHumor, and Cracked videos online like this one. She's seriously everywhere.

This episode of the spinoff web-series Reggie Makes Music features Noël Wells... and a song about princesses!

Finally, the comedian has performed with the UCB LA on sketch teams and in online shorts like this one. Noël Wells has been working in comedy for so long and I'm excited to see her in this new Netflix series. Hopefully Aziz Ansari, who was a stand up comedian far before we came to know him as Tom Haverford, can do with this show for his ensemble players what Parks and Recreation did for him.