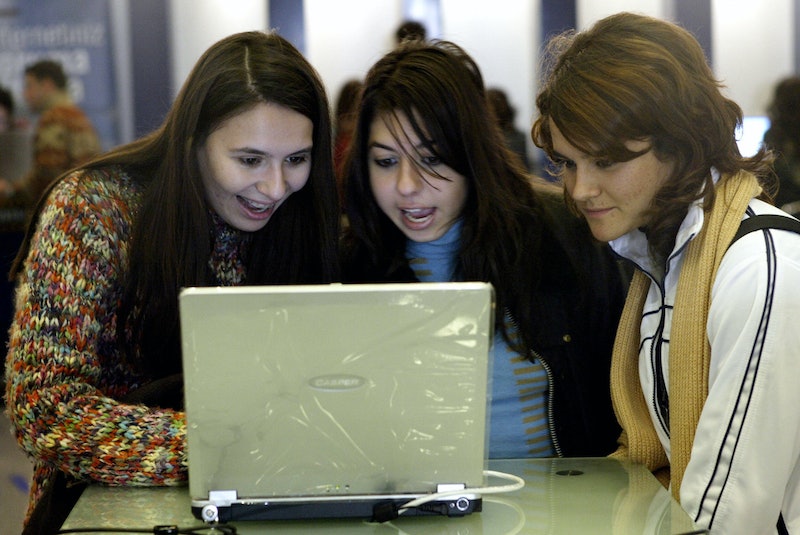 It's time for yet another GOP debate Nov. 10, and this one's sure to be just as entertaining (if not more) than the last three. With each passing debate, the Republican candidates get increasingly confident and argumentative — and then there's always Donald Trump to keep things interesting. Trump is still leading the polls, but candidates that make an impression in the debates continue to surge in the polls afterwards. If you have FOMO when it comes to presidential debates, but don't have a TV subscription, you'll have to find a way to watch the fourth GOP debate without cable.

Although live-streaming Fox Business' debate from its website is probably the easiest way to watch it, you could also ask friends and family with cable to use their provider login. A slyer approach than directly asking for their password is to suggest that you watch the debate together, and when they agree, say: "Great, let's watch it at your place!" This way, you get to spend time with your friend and stay up-to-date on the 2016 election.

If everyone you know is in the same cable-less boat as you, the next option is to head to a local bar or restaurant showing the debate. This scenario has the added bonus of readily-available alcohol, so you can play a GOP debate drinking game to make the political experience a little more fun. You may even be surrounded by others watching the presidential forum who will cheer and boo the candidates along with you.

In the same vein, if you're still in college, there's likely a school or club viewing party happening somewhere that you could join. The plus side to this is there's probably free food to munch on during the debate, as most college activities involve at least free soda and chips.

Lastly, if none of those work out or strike your fancy, you can simply follow the debate on Twitter and through the live transcripts many publications publish (notably The Washington Post 's). You won't get to witness every forced smile and shocked facial expression, but you'll catch the most important moments and can track the topics you really care about.

Regardless of how you watch or follow the debate Tuesday night, just make sure you do — it will definitely be a captivating few hours.