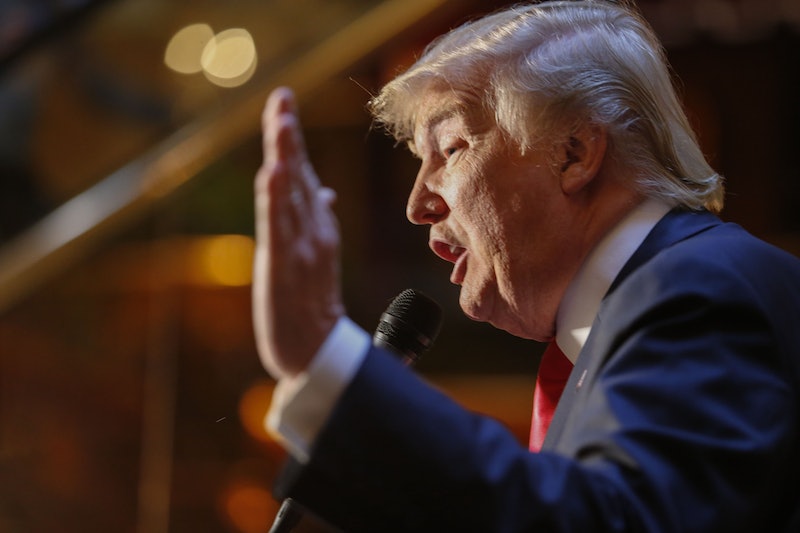 There aren't many things that I look forward to more than election season. And, no, it's not because I like watching CNN 24 hours a day to get my fill. It's because I love all of the comedic fodder the presidential elections provide for Saturday Night Live. I mean, there really is nothing like Saturday Night Live during election season. The jokes are better. The laughs are louder. And the guest appearances are hilarious. Well, they're either hilarious or completely awkward. Either way, it's always a treat when a presidential nominee (or her running mate) shows up in the studio and pokes fun at him or herself for a three minute bit. But this year, Presidential nominee and former NBC star himself, Donald Trump, is taking it one step further. Trump is hosting SNL on Saturday and the promo for it is already promising a lot of laughter and a whole lot of political awkwardness.

I mean, just take a look at the video below. Sure there are some pretty funny moments — the promos co-star SNL funny lady Cecily Strong, so it isn't all that surprising that they're funny — but otherwise they're all kind of... awkward turtle.

Don't get me wrong, pretty much every politician who graces the SNL stage seems awkward compared with the comedic genius of the cast, but given that Trump is sticking around for the entire show, you can be sure there will be that many more awkward moments for us to enjoy.

Because already, in this two-minute promo, there are plenty.

When Cecily Pokes Fun At How Much Trump Loves To Brag

And then he goes on to brag about how amazing he will be at hosting the show. Sure, that's the kind of schtick all politicians do — poke fun at themselves and then do the very thing that is being poked fun at — but it's even more awkward because of how unaware of himself Trump has seemed during this election season.

This Weird Moment With "Taran Killam"

Is that even a real person in that chair? It kind of looks like a dummy.

When He Calls Ben Carson A Loser

Showing a shred of respect for his opponents wouldn't be a terrible thing for Trump, but instead of taking the public forum to mend his errant ways, he goes all out and lays into them.

I'm going to have to consult with our fashion department on this, but I'm pretty sure there is nothing cool about Donald Trump in aviators. In fact, I think it only makes him look even more awkward.

When He Stands In For "A Real Man"

I don't even get how that is funny. Can someone help me out with this?

The Way He Only Ever Looks At The Camera

Something tells me he's not going to take his eyes off of the cue cards when the show is live.

Those Hand Gestures Though

Here's hoping the Trump loosens up and tries a few more stances before Saturday night.

I'm hoping the episode isn't a total disaster, but having a host who is comfortable in his body and fairly decent at comedic timing can have a big impact on how the entire episode goes. I'm crossing my fingers for the cast that they are able to pull this off, because, judging by the looks of this promo, Trump might have a hard time loosening up enough to get us giggling. 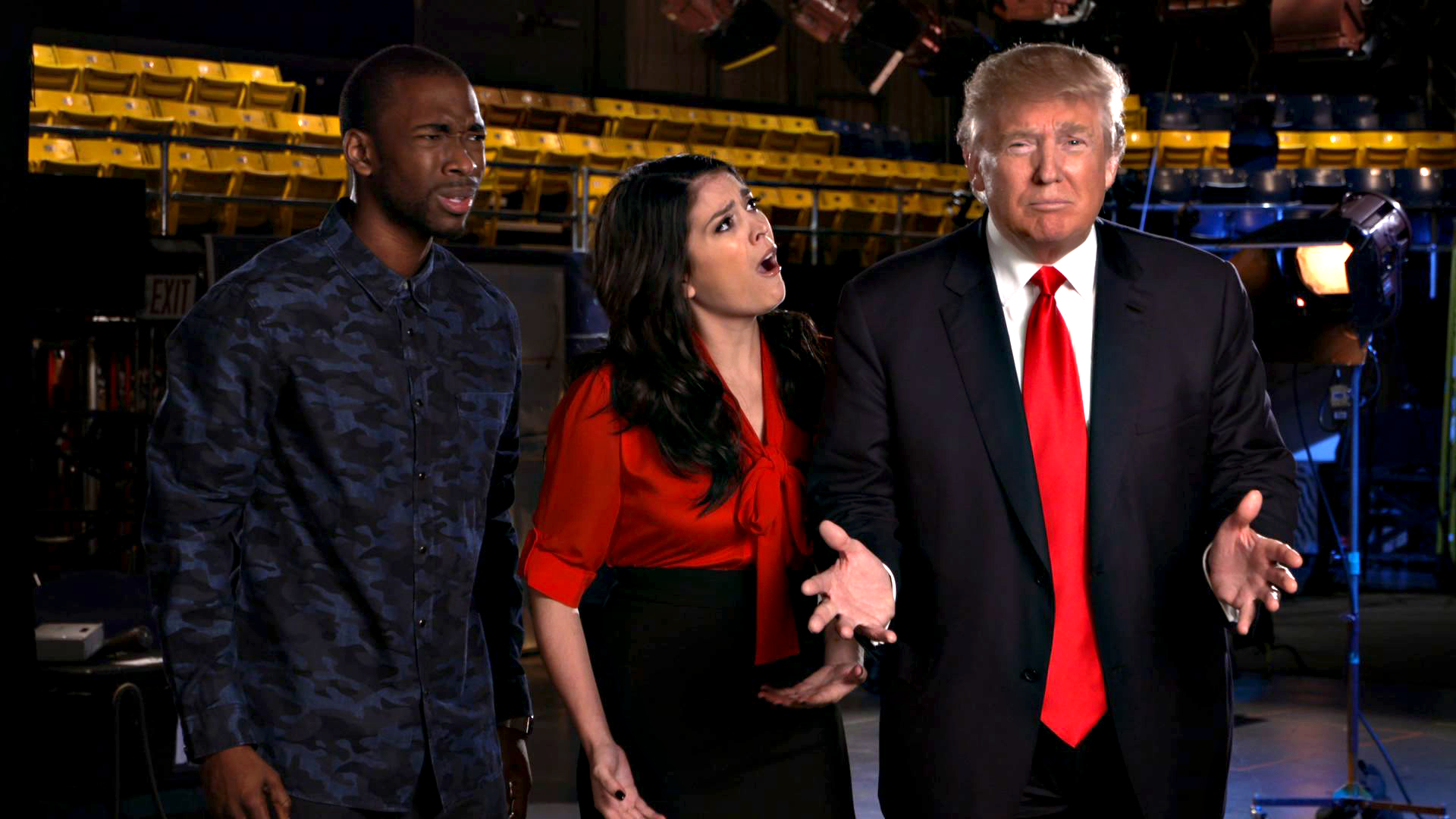