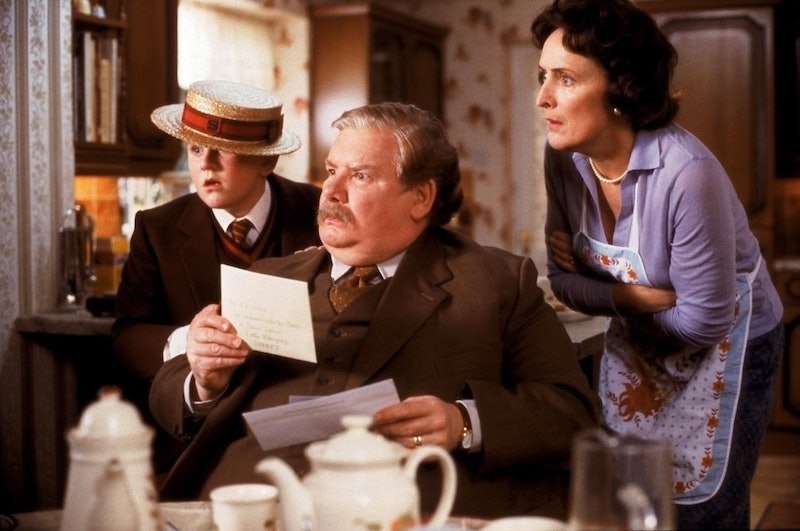 Listen, I've had a lot of existential crises in my life thanks to J.K. Rowling. My whole existence has been punctuated with the belief that I'm a Muggle, aka a person without magic. But Rowling just revealed that the American term for a non-magical person is "no-maj." And I don't know about the rest of y'all American Potterheads, but this honestly feels like a little bit of a slap in the face.

I was raised on three things: Tamagotchis, a complete disregard for my environmental impact on the world, and Harry Potter. So for all of the 24 years that I've been alive on this planet, I've just assumed I was a Muggle, like the Dursleys. I wasn't happy about it, but I accepted my fate the same way that I accepted that I wasn't going to be rolling in riches after majoring in psychology. But now, J.K. Rowling has decided to revoke everything that my childhood has held dear by making the announcement that I have not, in fact, been a Muggle for all of these years. In light of the 2016 release of the film Fantastic Beasts and Where to Find Them, Rowling has announced that I am something else entirely. And I am not prepared for the implications of being branded a "no-maj" for the rest of my human life.

In the words of fellow Muggle Tina Fey, "WHAT THE WHAT?!"

Am I overreacting in taking offense at this? Possibly. I have no idea what the context for this new name for me is, because I don't have a Time Turner, and obviously have not seen the movie yet. But as irritating as it was to have been branded a Muggle all these years, there is something about being called a "no-maj." It's a decidedly more blatant way of pointing out that I have no magic of my own. Like, at least the word "Muggle" sugarcoated the fact that I was never going to summon my own dirty socks from the laundromat or make out with the head of the Gryffindor Quidditch team. "No-maj" feels like a slap in the face.

So I ask you this, America: WILL YOU STAND FOR THIS? (I'm mostly kidding. I know as well as anyone that whatever Rowling says goes.) But if you need someone to commiserate with during this time of woe, then I'm here for you, fellow no-majs. TBH, I have no idea what the plural version of us is yet, but I am here for you. We'll get a butterbeer. It'll be OK ... I hope.