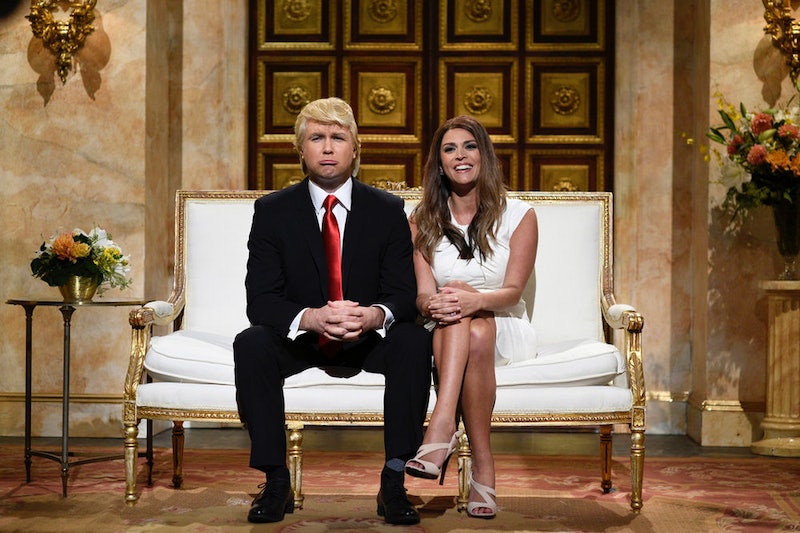 While he was not running for President of the United States at the time, Donald Trump has hosted Saturday Night Live before, back in 2004. It's not that surprising; he has been a part of popular culture and the public eye for decades, between reality shows and beauty pageants and his own status as a real estate developer and business mogul. There have also been a host (see what I did there) of Donald Trump impressions on Saturday Night Live over the years. Which cast members have donned the wig?

It may be surprising, but only four SNL players have done their take on Donald Trump since the 1980s. While Jimmy Fallon has lent an impression to Late Night and The Tonight Show,and recently Dana Carvey did a Trump impression for Fallon's show, that was not a part of either of their respective repertoires on Saturday Night Live. Hillary Clinton did a brief impression during her SNL cameo, and the list of comedians who have done impressions outside of the NBC show include Stephen Colbert, Jon Stewart, Russell Brand, Conan O'Brien, and Trump's arch nemesis Rosie O'Donnell. However, there are definitely some of your favorites in this list. Donald Trump is a recognizable and colorful figure to say the least, and no matter who is doing the impression, the result is always hilarious. 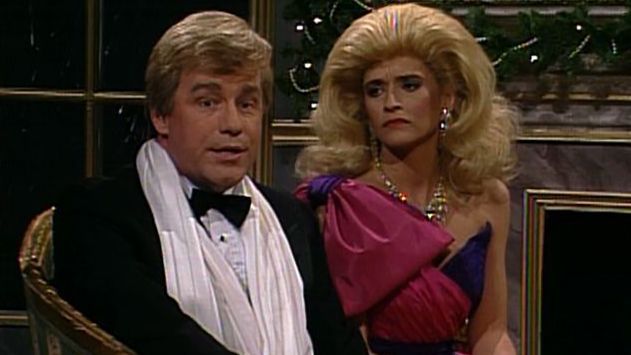 Here's an old take on the "Tale of the Magi" from 1988, with the late Jan Hooks as Ivana Trump. It showcases how, um, "relatable" Donald Trump is to the rest of us.

The most recognizable impressionist for "The Donald" is Darrell Hammond, because he was on Saturday Night Live for so dang long (and serves as the announcer these days). There are oodles of sketches with him as Trump to choose from, but I'm partial to this one — in which he tries to record a Dominos commercial. 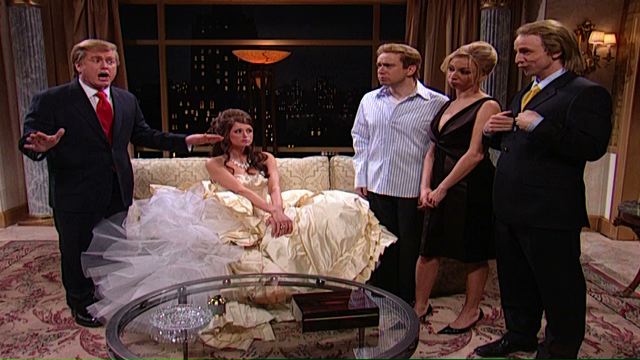 Here's another Hammond impression, but this time with Seth Meyers, Fred Armisen, and Maya Rudolph as Donald Trump's children, who all look and sound just like him.

After Hammond left the show, Jason Sudeikis briefly took the impression for one of my favorite recurring sketches, a parody of Fox & Friends.

The latest cast member to do an impression, just in time for the election cycle, is Taran Killam. He has only done the character this once time, but I'm sure we'll see more of it when the candidate hosts Saturday Night Live on Saturday.