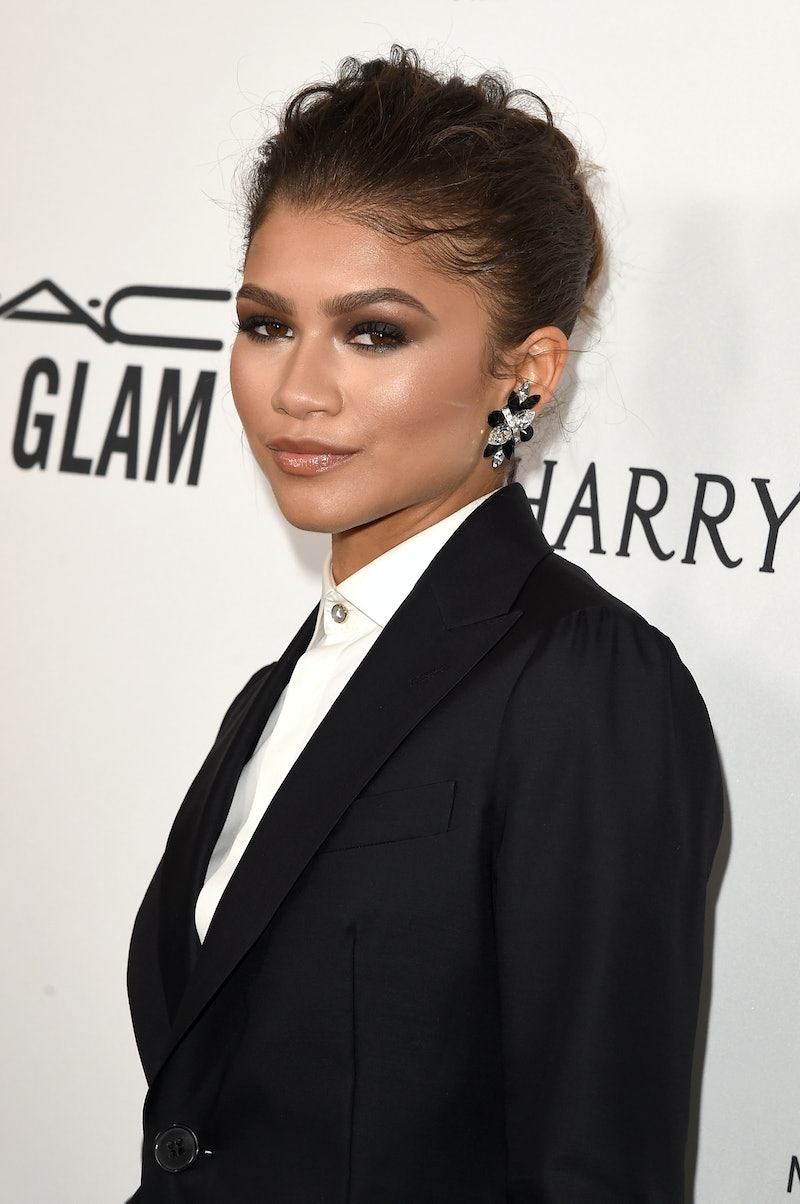 A few weeks ago, Modeliste Magazine received a lot of backlash for retouching photos of Zendaya to make her legs and torso look thinner than they are in real life. But it wasn't the public who was criticizing Modeliste for this Photoshop trickery — the backlash came from Zendaya herself. Zendaya called out Modeliste for editing her photos on Instagram and Modeliste quickly responded by saying that they would not be publishing the issue until both parties were satisfied with the end result. Today, Modeliste Magazine released the unedited Zendaya cover.

In the new issue, you can see how great Zendaya truly looks without the help of Photoshop. The original issue drastically altered Zendaya's form — her hair was tamed, her waist was slimmed, and she was even given a thigh gap — but the new version shows her in her true glory. I still have to wonder, however, how "unedited" these photos are. I 100 percent totally believe that Zendaya is beautiful and has glowing skin in real life, but I have a hard time believing she has no bags underneath her eyes and zero blemishes on her face. Then again, she is 19 years old. What do I know?

I do know a thing or two when it comes to models and photography. When I'm not writing for Bustle, I work at a modeling agency, where I see agents send through plenty of "totally natural, unretouched polaroids" that have definitely been retouched. I've witnessed them removing little spots and scars to make the models look perfect, and everyone in the industry says that "everyone does it." I might be jaded, but I think that the same thing is happening here. In my opinion, Zendaya's unedited cover has indeed been edited, but at least this time it was only edited to give her skin a more perfect glow — not a 20-inch waist and slimmer thighs.

While we're still a long way from living in a world where magazines and photo shoots will all be makeup-free and unedited, we are getting closer to accepting our flaws and lettingsomethings be, and for that, I'm thankful.