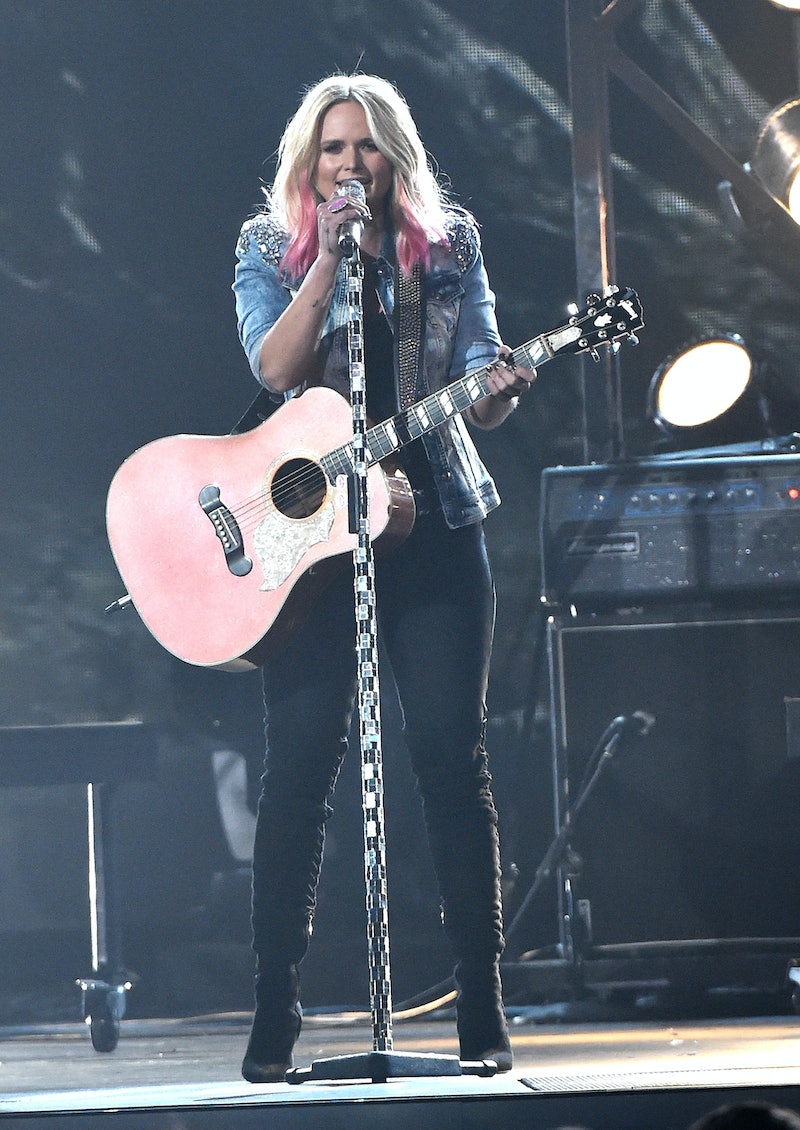 Miranda Lambert has an armful of Country Music Awards, but hey, one more certainly doesn’t hurt, right? Following a rocking performance (where she debuted her new pink locks) of her song “Bathroom Sink,” Lambert won Female Vocalist Of The Year at the CMAs. She was visibly excited, stating that it’s been a hard year for her and she needed a little bit of cheering up. I think that getting a very prestigious award from your peers is the perfect way to put a crappy year behind you, don’t you?

What happened to Lambert that sucked so much? Well, she and country superstar Blake Shelton (who also was at the CMAs tonight and performed and all that), announced their divorce this past July, after four years of what seemed to be wedded bliss. Reports of infidelity on both sides of the marriage flew in the tabloids, though neither Shelton nor Lambert have admitted or really accused any wrongdoing. All of this comes on the heels of Gwen Stefani’s confirmation that she and Shelton are now officially dating (they are both judges on The Voice), so there was really no better time for Lambert to take her mind off her personal drama, win such a major award, and strut her professional stuff.

What happens when you go through a breakup? Well, you cry to your girlfriends, you eat whatever you want, you do something to your hair (for better or for worse), and then you absolutely kill. it. at. work. Lambert is totally hitting all of the points in this checklist, and it’s great that she’s focusing on herself. All of the awards don’t hurt, either. Here’s to Lambert getting back on her feet post-divorce and possibly writing an incredible breakup album that she can collect awards for at next year’s CMAs.