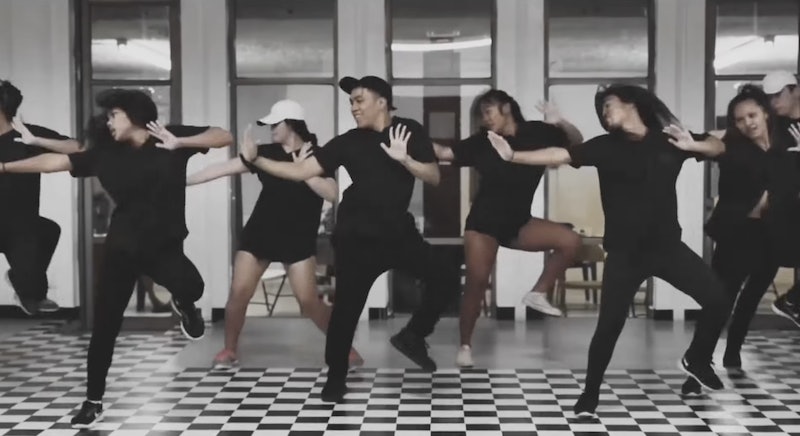 I don't think the world really knows what to do with Justin Bieber anymore. When he first burst onto the music scene, it was the Cool Thing to hate on him for everything from his age to his style. When he started to get in trouble with the law, it became so easy to hate him that Justin Bieber became one of the Most Hated Men In America, and there were several petitions in progress to have him deported. Now... well, as one of his most vocal opponents in the legal-trouble days, even I've come to the Belieber side, but I imagine there are still some people out there rolling their eyes. Roll your eyes at this: Justin Bieber put his fans in the "Sorry" music video. No, don't rush to his YouTube channel to try and spot regular people in the background of the video we've already seen. It's even better than that.

The pop star tweeted a version of the video in which he does not appear at all. Instead, it's a collection of clips of fans dancing. And the fans aren't just uniformly attractive or monochrome either. Fans young and old, male and female, white and people of color, all get their chance to show off their moves to "Sorry." Many times, when stars or organizations are looking for "real people" for a contest in which they'll be featured in a magazine or a video, they look for people who are conventionally attractive and thin. Bieber defied that easily and without seeming to think about it at all.

That, above everything else, might be a silly reason to convert to being a fan of Bieber, but, as the song itself says, he's kind of done making apologies. He's made as many of them as he could, he accepts responsibility for his actions, and he hopes that people come with him to see the real him from here on out. But this didn't strike me as another apology despite the song it was set to. This struck me as Bieber returning to doing what he does best: focusing on his fans and thanking them for being there for him along the way, through apology tour after apology tour.

Check out the video below, and try not to tear up.