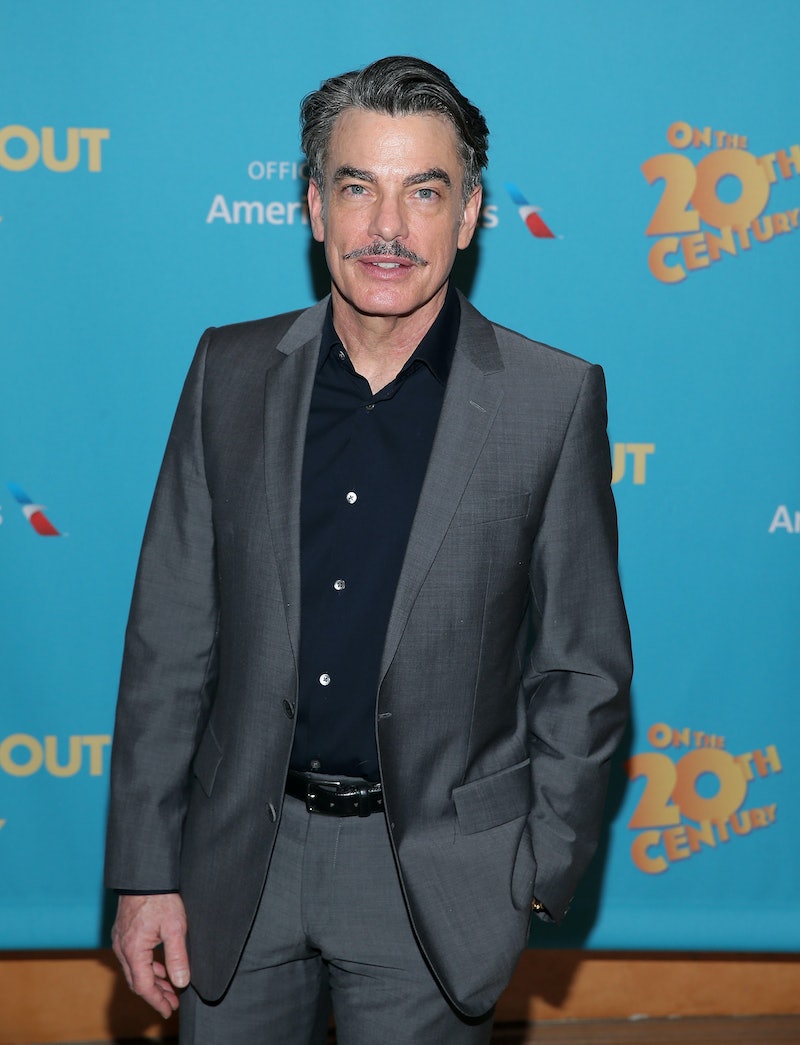 If you're a New Girl fan, that likely means you're a big Schmidt fan, too. The neurotic, narcissistic, yet surprisingly warm-hearted overachiever played by Max Greenfield is a major series favorite, and for good reason: he's charming, hilarious, and pretty cute, as well. Schmidt has had some great storylines over the show's previous four seasons, but one element we've never delved into (at least not too much) is his family life. That's all about to change in New Girl Season 5, when we'll meet Peter Gallagher as Schmidt's father, which is not only perfect casting, but also incredibly clever, as well. After all, Greenfield did play the younger version of Gallagher's character Sandy Cohen on The O.C. back in the day!

Granted, we have met Schmidt's mom, played by Saturday Night Live's Nora Dunn, but given what a unique character Schmidt has turned out to be, it might be interesting to meet the male figure in his life. That's where Gallagher comes in. His guest starring role is said to only span a single episode, but it's too early to tell. We also have no hints about possible storylines, but that almost doesn't matter, because it'll be great no matter what.

New Girl has a legacy of casting fantastic actors as its characters parents, and Gallagher's addition is no different. Let's remember the legacy he's joining, here:

I'll watch Jamie Lee Curtis in anything, really, and getting her on New Girl was a major scoop. She's just the right amount of zany and neurotic to be perfect to play Jess' mom, and I can't imagine anyone else in the role, to be honest.

Jess' dad has had quite a bit of screen time in the past season or so, especially since he was dating one of Jess' old classmates and planning to marry her. Rob Reiner is like a big cuddly teddy bear as Mr. Day, and his interaction with Curtis, however brief, was one of the highlights of the season, for sure.

I love Nora Dunn and think she's got a natural sharpness to her humor that makes even the smallest gestures hilarious. She'll always be JoAnne Fletcher from The X-Files "Dreamland" episodes, but the role of Schmidt's mom suited her just fine, too.

Can you imagine anyone more perfect for the role of Nick's father than Dennis Farina? I certainly can't. Seeing them interact just makes so much sense for Nick's character and how he came to be the way he is, and I'd love for him to come back at some point, because he was so much fun to watch.

As you can see, Gallagher will be in good company in Season 5. Hey, maybe they can even get all the parents together, though that might be too much awesomeness for one room.