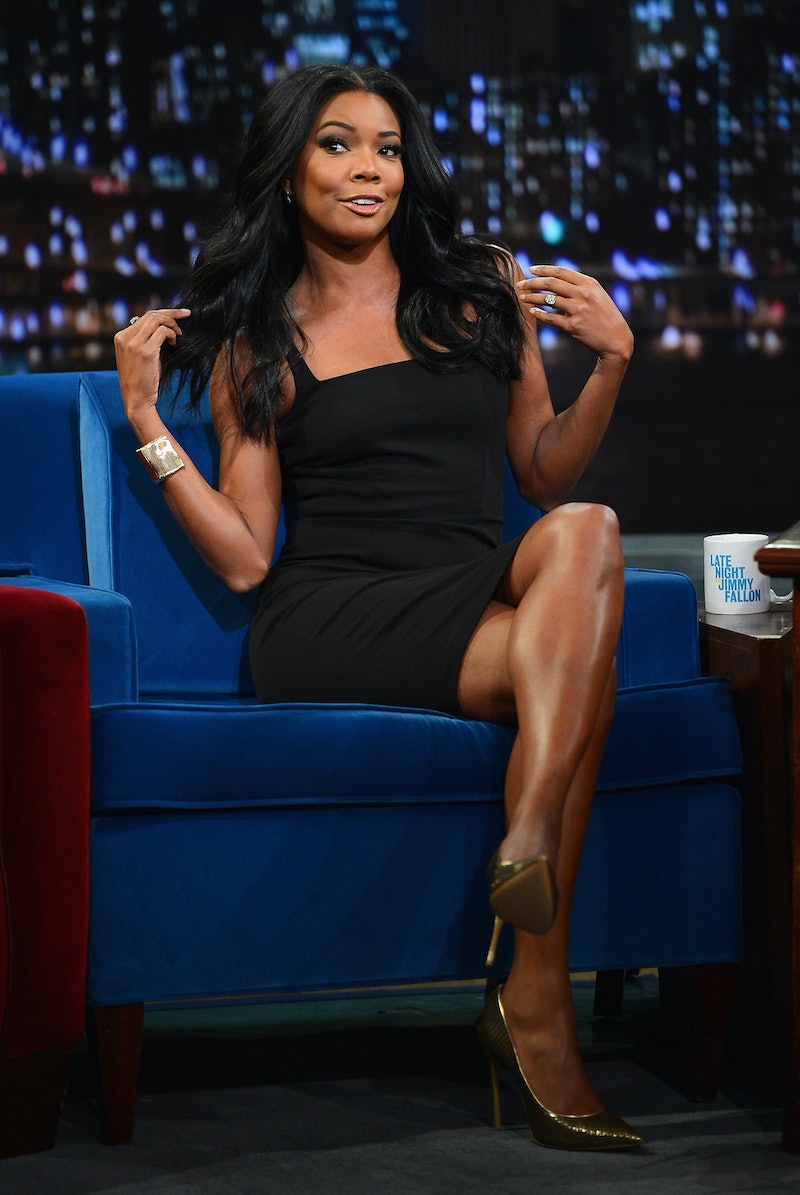 Gabrielle Union was really not impressed with future fiancé Dwyane Wade when the pair first met. The couple that recently made headlines by getting engaged and when Wade announced that he'd fathered a child while on a break from his new fiancé almost never got together in the first place. According to the Think Like A Man Too and Being Mary Jane star's interview in Glamour 's Feb. 2014 issue, Wade's "resumé looked like crap" and she definitely didn't see herself in a lasting relationship with the Miami Heat star. Union definitely isn't an easy girl to please.

Union had no intention of entertaining a relationship with Wade but told that magazine, "after I had a heart-crushing breaking with yet another immature jerk, I thought, it can't be any worse if I date a fetus. Let's just see what happens." And when she says fetus, she means Dwayne Wade who's nine years her junior — which happens to be one of the factors that counted against him at first glance. The actress also outlined the discrepancies she saw in Wade when they first met, "athlete, going through a divorce, nine years younger than me." But thankfully, she saw past them and decided to give that fetus and try and now she's got a great big rock.

But just imagine Union, fresh off of a major heartbreak, shifting through a stack of resumés (basically print-outs from Match.com for famous people) when she stumbles upon Wade's. Here's what it probably read when the two first met in the early 2000s:

Objective/Personal Statement: I'm a young, but wise and mature, professional basketball player that's overcome many obstacles to get to where I am today. I'm honest and aware of my personal shortcomings but have a great sense of humor and promise to make you laugh every day. My goal is to find a successful, mature, and reliable woman that can be my partner in life. She also must be great with kids and comfortable with my busy NBA schedule that requires significant time apart because she has a busy schedule of her own.

*He also probably would have included a picture because that definitely wouldn't hurt.

I mean, we can obviously see Union's red flags here — but this is a pretty damn impressive resumé for a guy in his late 20s. And lovechild and all, we're pretty sure she's happy she gave this fetus a shot in 2009.