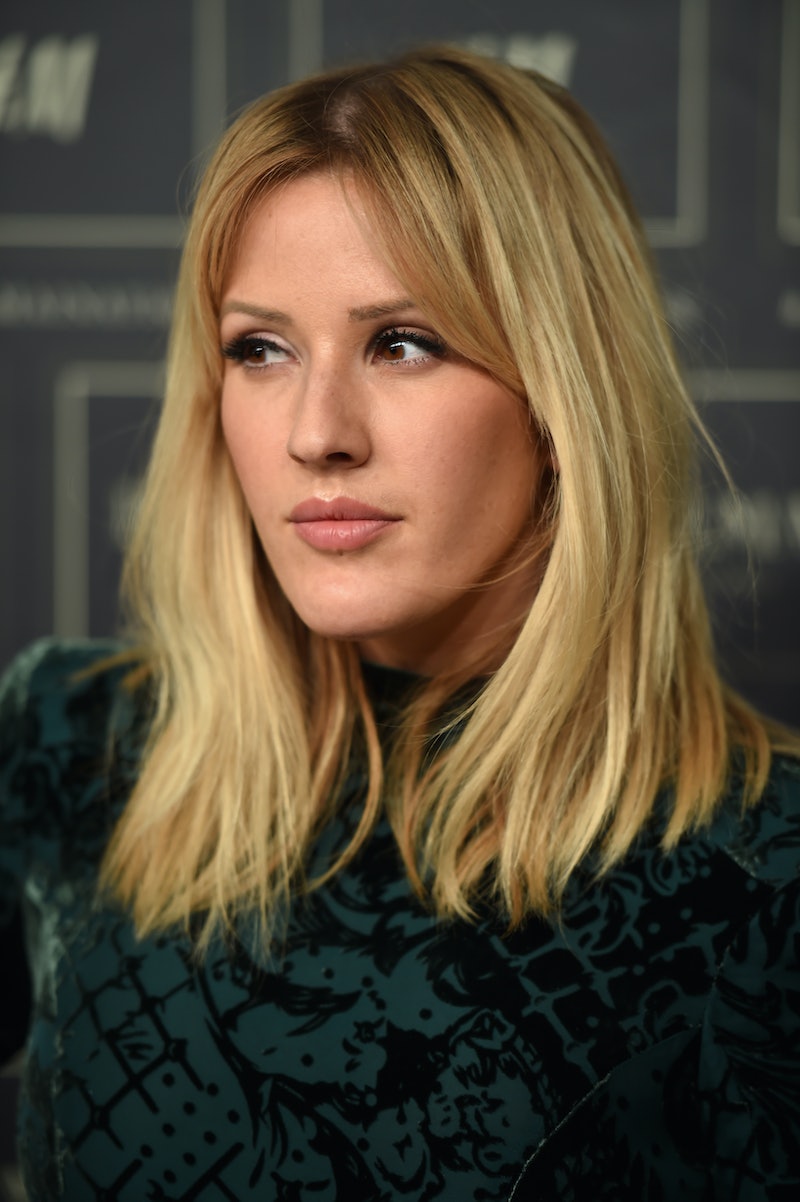 Your weekend just got a whole lot better: Ellie Goulding's new album, Delirium , has arrived. The 28-year-old "On My Mind" singer said in a September press release that she set out to make her first "big pop" LP with Delirium, and I think she succeeded. Goulding recruited mainstream pop music heavyweights like Max Martin (Britney Spears, Katy Perry), Greg Kurstin (Kelly Clarkson, Sia), and Ryan Tedder (Adele, Demi Lovato) to help create the project's 16 tracks (many of which sound like smash hits waiting to happen), but don't worry: she didn't lose herself in the process.

In fact, in her review of Delirium , Pitchfork contributor Hazel Cills writes that "Goulding’s signature vibrato and energy make even the more trend-chasing songs" on the track list "fully hers." Eve Barlow seems to agree in her review for Spin , observing that Goulding has "sussed out the sweet spot between pop homogeneity and experimentation" with the record. In many ways, Delirium represents the best of both the mainstream and indie pop worlds.

So, which Delirium song should you listen to first? I've ranked all 16 tracks below from most awesome to least awesome in order to give you an idea of where to start. (Though, honestly, listening to the songs in the order Goulding intended is a probably good idea, too!) Here we go:

"Codes" should've been Delirium's lead single. Its hook is massive.

I don't care if you've already heard it five million times: "Love Me Like You Do" is brilliant.

Initially, I thought "On My Mind" was too repetitive, but now, I've seen the light: it's just the right amount of repetitive. I fear it may be stuck in my head forever!

Delirium's brief intro is certainly striking (it blends right into the next song, "Aftertaste"), but I feel as though it's almost too dark and ominous to effectively tease the majority of the track list.

"Lost and Found" is cute — nothing more, nothing less.

There's a strange disconnect between the verses and the chorus in "We Can't Move to This." The song is starting to grow on me a bit, but the first time I heard it, I was really turned off.

The whistling trend in pop music has officially run its course. It was fun for a while, but it's time to move on.

Delirium is available on iTunes and Spotify now.