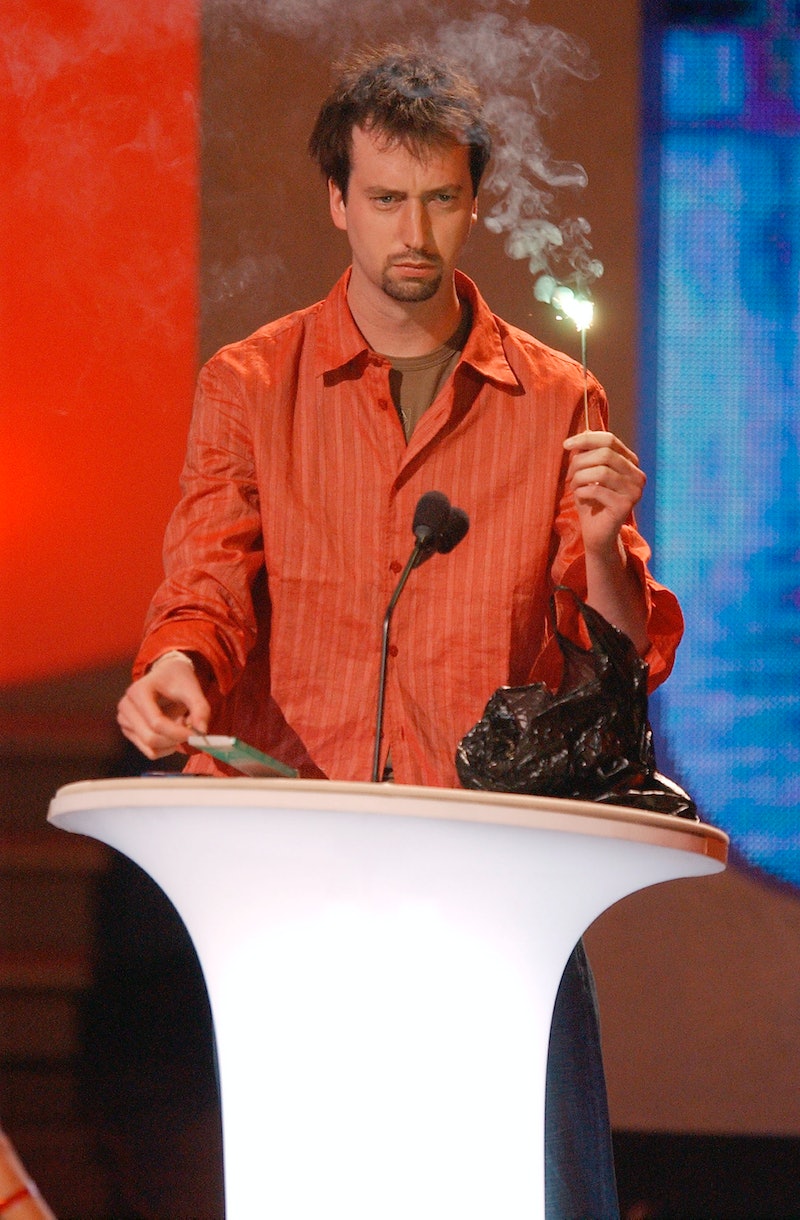 If your answer is “YES,” then have I got a list for you! (And hey, if you replied “UH, NO” to any of those questions, don’t feel left out. I encourage you to peruse the list, too.) I've rounded up some of the television programs that ruled the wee hours in the late ‘90s/early ‘00s. And though some of these shows were not exactly intended for younger viewers, that didn't stop some young night owls from tuning in. Here are some of the late night TV shows '90s kids/tweens/teens watched when we stayed up too late:

ElimiDate is what would happen if an entire season of The Bachelor was crammed into one 30-minute episode of TV. In other words, it was a terrific dating game show.

The King of All Media brought his iconic, envelope-pushing brand of comedy to E! from 1994 to 2005.

Insomniacs who watched Insomniaccould live vicariously through comedian Dave Attell as he explored the various late night goings on of different cities.

If you didn’t watch Blind Date, then you only missed out on the greatest reality dating show of all time. No big, no big.

Remember when "Lonely Swedish (The Bum Bum Song)" debuted on The Tom Green Show in 1999 only to climb to the top of the Total Request Live chart? Truly MTV's heyday.

The animated talk show was a reboot of ‘60s cartoon Space Ghost. Space Ghost, Zorak, and Brak kept it weird on Cartoon Network from 1994 to 2001, and then called the Adult Swim programming block its home until 2004.

The oddest dating show around! (And yup, I just nailed that math pun.)

The Mad magazine-inspired sketch comedy show that introduced the world to Stuart, Ms. Swan, and the UBS Guy ran from 1995 to 2009.

Who could forget the E! show that followed its host around while she explored different cities around the world? What was your favorite Wild On! era? The Jules Asner years? The Brooke Burke years? Or the Cindy Taylor years? There's no wrong answer!

When I conducted the official What Did You Watch Late At Night In the '90s/'00s survey (read: I polled the two people I live with), one of my roommates replied, “I watched a lot of Cheers reruns.” I couldn't not include that answer. So here it is.