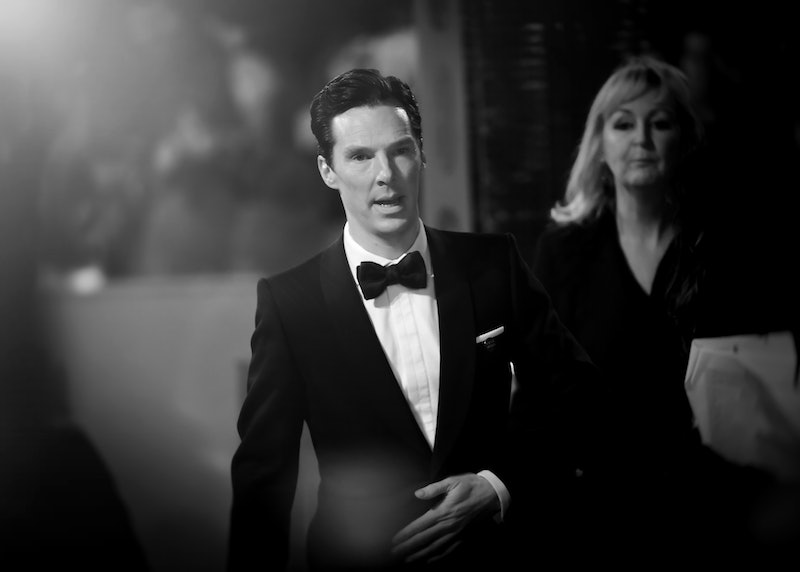 Doctor Strange fandom, where you at? Everyone waiting with bated breath for the upcoming Marvel movie will be thrilled to see these photos of Benedict Cumberbatch filming Doctor Strange have emerged on Twitter. These sneaky shots of Cumberbatch shooting in Nepal come courtesy of some Twitter users who henceforth shall be referred to as Cumber-besties. Catchy, right? Obviously, we're not the only people in the world who understand that photos of the Cumberbatch are total gold.

The Internet has, understandably, gone completely mental about this Cumberbatch spotting. How Cumberbatch ever gets any peace and quiet away from his fans is totally beyond me. Excitement for Doctor Strange has also grown, with fans and media sources speculating what specific details about the shoot mean for the forthcoming movie. First off, Benedict Cumberbatch has a beard. I realise this is quite a news flash. If you need a moment to compose yourself, please take it. Once you've got your breath back, here's what else we know so far.

Cumberbatch has only recently finished up his stint as the lead role in Hamlet at London's Barbican. The 12-week run sold out a year ahead of time, with Cumberbatch fans desperate to get up close and personal with their favorite. Overeager Cumberbatch fans even got a telling off from the man himself for using their phones to film and take photos of him during performances of Hamlet. His Shakespeare stint ended on October 31, so he's wasted no time jumping into filming the Marvel movie only days later.

Doctor Strange will co-star Rachel McAdams, Tilda Swinton, and Hannibal himself Mads Mikkelsen. Due for release in November 2016, comic book fanatics and Cumber-besties alike can't wait for the latest Marvel movie to come out. Until then though, let's continue to admire these amazing shots of Cumberbatch in Nepal, beard and all. Hopefully in the coming days we'll get even more amazing Twitter shots, which place us right in the action, and are exactly the same standard of quality our own celebrity stalking pics would be. Total respect!