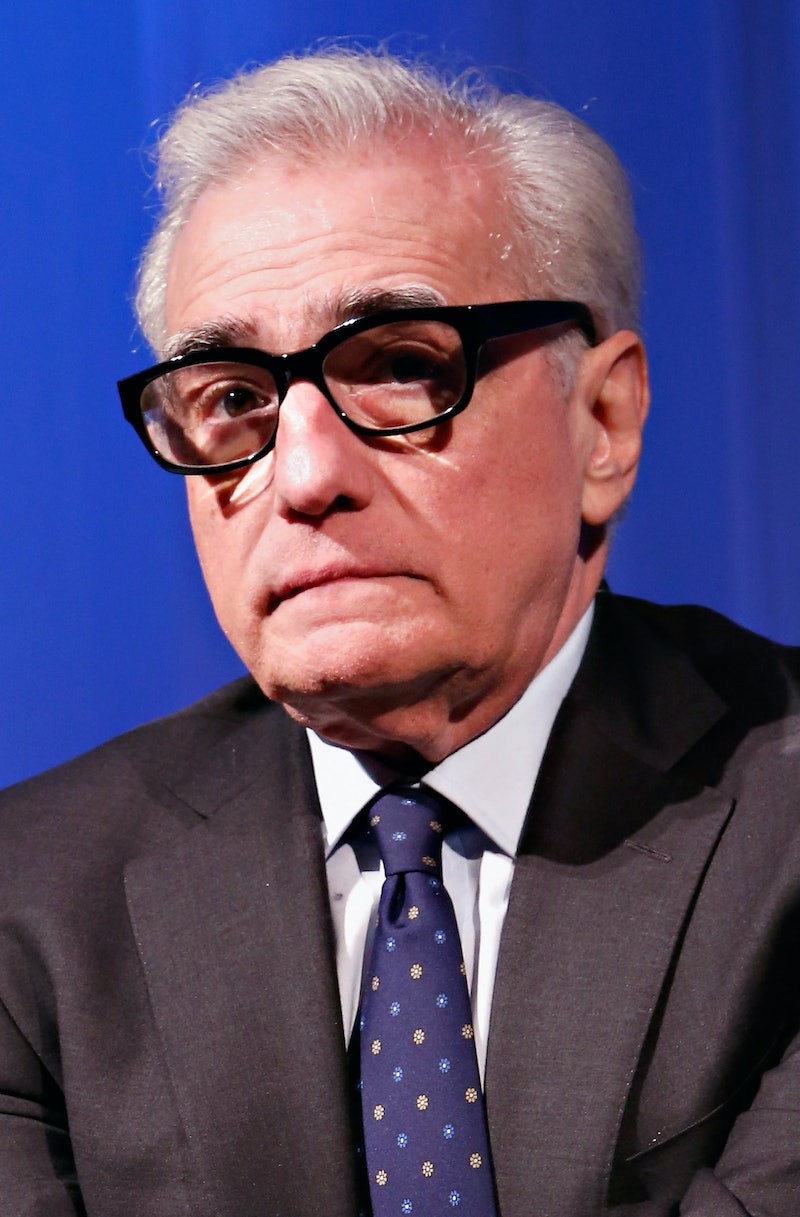 The Wolf of Wall Street director Martin Scorsese wrote an open letter to his daughter. About the future of cinema, natch, via Italian publication L'Espresso, for reasons that remain unclear. Perhaps she was too busy to meet him for dinner? Do 14-year-old American girls frequent the L'Espresso website? (And here I thought they were all on Rookie .) Either way, his rambling and diatribe doesn't read as inspiring but rather quite pointless. In fact, I'm not buying that Scorsese's all that excited. Maybe its the played-out format (not another open letter!) he chose to deliver his so-called message of hope, or the fact that the things Scorsese says are ensuring "the future will be bright." But I can't help but wonder: who you trying to convince, Marty? Your daughter or yourself?

"I'm writing this letter to you about the future," the note starts out. "I’m looking at it through the lens of my world. Through the lens of cinema, which has been at the center of that world." Oh, really? Are you? And what does that lens show you, exactly, Marty? That there's more out there than good fellas and wolves of Wall Street?

It shows a division in the modern landscape — which, duh — that separates the current movie business into two different camps: "Audio-visual entertainment and what we know as cinema – moving pictures conceived by individuals." He goes on to assert that the two aspects are heading in different directions. The only problem being: what is considered "audio-visual entertainment" and what is "cinema"? You can't create delineations and categories and not define them, Marty.Even though the letter purports a message of hope, that Scorsese isn't really all that excited about the mainstream cinematic landscape or how both sides of the equation — business folks and movie-makers? Or is it A/V entertainment people versus cinema people? — are handling this so-called crossroads. Not that Scorsese cares to define what he means beyond 'OMG everything is changing and we knew it would but UGH'?

The art of cinema was made possible because it aligned with business conditions. None of us who started in the 60s and 70s had any illusions on that front. We knew that we would have to work hard to protect what we loved. We also knew that we might have to go through some rough periods. And I suppose we realized, on some level, that we might face a time when every inconvenient or unpredictable element in the moviemaking process would be minimized, maybe even eliminated. The most unpredictable element of all? Cinema. And the people who make it.

Ah, there it is! That's Scorsese's real problem: other people. Seems he's less than fond of the players these days. It is not technology or business that's ruining movies, it's the people involved that are ending the cinematic chapter he grew up in. "For the last few years, I've realized that the idea of cinema that I grew up with ... is coming to a close. I'm not referring to the films that have already been made. I'm referring to the ones that are to come." Still, he quadruple-pinky-swears that this is all sunshine and rainbows-level of positive. "I don't mean to be despairing. I'm not writing these words in a spirit of defeat. On the contrary, I think the future is bright." Hey Marty: methinks the lady doth protest too much.

The helmer does seem heartened about one thing, at least: that the process has become a bit more democratic. "For the very first time in the history of the art form, movies really can be made for very little money." And who are the pallbearers to root for in this new age of cheap cinema? "Wes Anderson, Richard Linklater, David Fincher, Alexander Payne, the Coen Brothers, James Gray and Paul Thomas Anderson." Ah yes, look at all those hepcat white dudes breaking new ground in cinema. Really glad Scorsese couldn't think of at least one woman to inspire his very-much-a-female teenage daughter. But I suppose his palpable excitement got the best of him and he forgot.