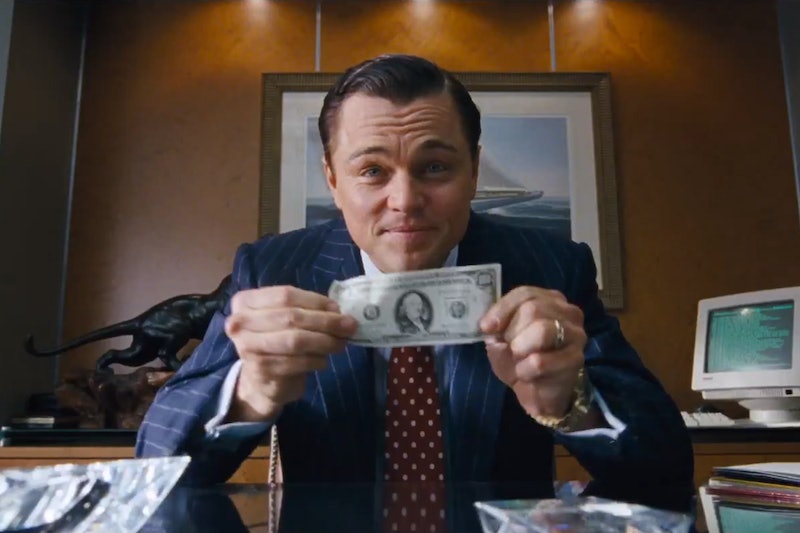 In the middle of prime Oscar-bait season, there's one movie everyone's talking about, for reasons both good and bad—The Wolf of Wall Street. Martin Scorsese's latest film stars Leonardo DiCaprio as Jordan Belfort, a real-life stockbroker who became obscenely rich, thanks to some illegal practices, and lived a life fueled by drugs and sex. The concept may not immediately sound familiar, but Wolf shares a lot of elements with Goodfellas, besides their renowned director.

Wolf can actually be read as a sort of modern-day Goodfellas, an updated take on the tale of greed that Scorsese crafted in his 1990 masterpiece. Greed is a key part of both films, yet seems to be at the root of most of Wolf 's criticisms. A debate has formed over whether Wolf glorifies Belfort's behavior or, as DiCaprio claims, condemns it.

Scorsese's two films share more than their focus on men seeking a lavish style through illegal means, so why is Goodfellas still heralded as one of the greatest films of all time while Wolf is already facing backlash? First, to be clear, Wolf is no Goodfellas. It's a very good film with great directing and acting, but it will hardly garner the intense respect that Goodfellas has. But there are a few additional reasons as to why Wolf is so much more susceptible to these criticisms, and to understand them, the two films' similarities need to be compared.

Unsurprisingly, since Wolf and Goodfellas share a director, they share some cinematic styles and devices. Similar to the way Hill explains Goodfellas through a recurring voiceover, Wolf often breaks to let Belfort tell his story straight into the camera, with both men stopping the narrative to introduce characters, give further details about events and reveal the fate of the people around them.

Both films also change the type of camera used to give the audience a different perspective, such as when Goodfellas uses personal photographs of Hill and Tommy Conway to show their close relationship and Wolf changes to Belfort's wedding video and infomercial to give more of an outsider-perspective.

Both Goodfellas and Wolf are based on non-fiction books, so while there is obviously some cinematic embellishment and Scorsese's own creative license, at their cores are true stories of real people. Goodfellas is based on Wiseguy by crime reporter Nicholas Pileggi, who tells the story of Henry Hill, the mobster-turned-FBO-informant played by Ray Liotta in the film.Hill died earlier this year and maintained that Goodfellas accurately told his story. Wolf is based on the book of the same name, written by Belfort himself, and seems to stick to it pretty closely.

So can Scorsese and DiCaprio be blamed for depicting awful behavior if it actually happened? That all depends on the film's tone and purpose—glorification versus indictment. The filmmakers argue for indictment, and some critics disagree, but no one can argue that the Belfort and Hill presented onscreen didn't share similar lifestyles.

With Goodfellas' iconic opening line, Hill flashes back to his childhood as a working class kid in Brooklyn, who idolized the gangsters that worked in his neighborhood. His parents tried to stop him from joining them, but after a threat to the mailman stopped Hill's delinquency letters from ever reaching them, there was no going back. We watched Hill progress from innocent delivery boy who learns an important lesson to a full-fledged, drug-dealing, threatening, hijacking gangster, like he always wanted.

When we first (chronologically) meet Belfort in Wolf, he's fresh off the bus from Queens, ready to work his way up on Wall Street to become rich. He falls in love with the lifestyle of the stockbrokers, the insane office environment and of course, the money. He transforms from a hardworking guy who declines a martini at lunch and wants to help his clients to a drug addicted egomaniac willing to screw over any one if it means more money for himself.

If anything, showing the more humble beginnings and aspirations of both of these characters makes the presentation of their later behavior seem more like glorification, because they've gotten exactly what they wanted. If Hill always wanted to be a gangster, should we be happy for him when he becomes one, even if that means he's dangling someone into a lion cage? If Belfort always wanted to be rich, should we be excited when he buys a mega-mansion and throws $100 bills into a garbage can?

At the height of their success, both men are certainly pleased with themselves. Consider two memorable laughing scenes. First is Goodfellas' infamous Joe Pesci "what am I a clown?" scene, when a table full of men laugh as Tommy DeVito beats some waiters. Hill is thrilled to be sitting at a table full of powerful men who never have to face consequences and can treat outsiders however they want. Then there's one of Wolf's more memorable scenes, when Belfort thinks himself so invincible that he tries to bribe Kyle Chandler's FBI agent Denham, and laughs in his face when he calls him out on it.

Hill and Belfort both thought they were untouchable thanks to status and wealth, respectively, but in the end both are punished—to an extent. After years in the mafia, doing what people in the mafia do, Hill was miserable because he had to live the rest of his life as a nobody in the witness protection program. Instead of going to prison for the rest of his life, which was an option, he gave up his friends to the FBI and was able to live in peace. After watching his various criminal activity unfold, it really doesn't seem like much of a punishment.

Similarly, Belfort avoided a 20-year prison sentence, for stealing money from tons of innocent people, by giving up his coworkers and employees to the FBI. In exchange, he was only sentences to four years and had to pay back what he stole—which he has yet to do. Three hours of complete self-indulgence and absolutely no remorse made this ending seem lackluster, and it's upsetting to remember that this is a true story.

The claims of glorification are undoubtedly aided by Belfort getting off easy, but that's what happened to him. Since getting out of prison, Belfort has been working in corporate training, a quasi-motivational speaker who teaches others how to sell and get rich—presumably through legal means this time. How could Scorsese punish him if the real world didn't?

If Wolf and Goodfellas, or Belfort and Hill for that matter, have so much in common, why will one be remembered as the ultimate depiction of greed and obscene and excess, and the other a nearly flawless example of the gangster film? Because men like Henry Hill don't exist outside of movies anymore, and we're all scared of Jordan Belfort.

By the time Goodfellas was released in 1990, the Mafia's reign was essentially over. Goodfellas only existed because its main character was put into federal protection and had all of his associates sent to prison. Audiences could watch Goodfellas and be enthralled by a lifestyle that didn't really exist and any of remnant of which still wouldn't touch their lives. Wolf was released as the economy was still in recovery following a recession brought on by people like Belfort who just couldn't get enough.

When we watch Goodfellas, we see the classic gangster tale. The Godfather, Casino, A Bronx Tale, these movies have preserved mobster characters as just that, characters. Not many people are worried about people inspired by Henry Hill extorting them.

But when we see The Wolf of Wall Street, we see a more modern threat, one that we may all still be susceptible to. That's the difference. Scorsese can be honored for glorifying the gangster era, but he'll be condemned for glorifying a greed that still exists.