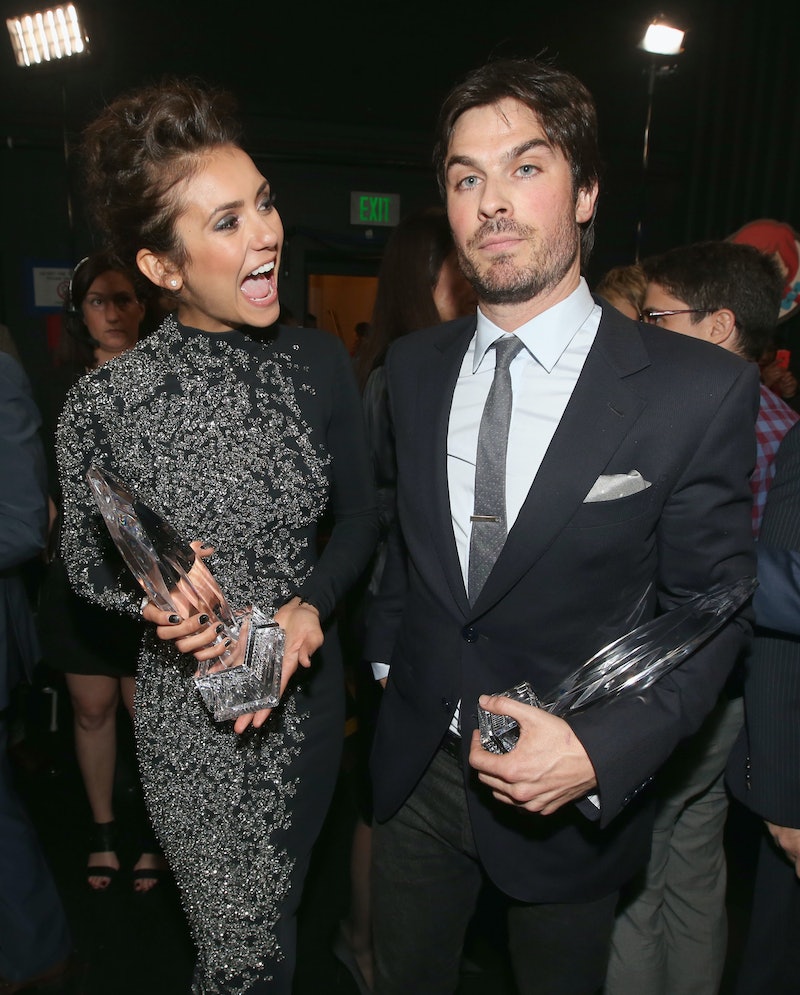 2 Broke Girls' Kat Dennings and Beth Behrs hosted this year's People's Choice Awards, which at the beginning looked like it was mainly an excuse to trick people into watching 2 Broke Girls. But then they were actually genuinely charming! I knew I could count on you, Kat Dennings. Be my friend? This People's Choice Awards was, as usual, filled to the brim with celebrities (because...well...yeah), and was a relatively relaxing way to kick off the "official" season wherein we spend a lot of time and energy congratulating beautiful millionaires on a job well done.

Other things that happened: Sara Bareilles was all up in there performing "Brave," which we're all for always (did you know Rashida Jones directed the music video???). Later, Brad Paisley performed his new single "The Mona Lisa," which is — twist! – not about art history. Later, One Republic performed and I was genuinely confused when they showed up onstage and weren't One Direction, which I think means I'm getting old?

Favorite Comedic Actor: Adam Sandler, in what is (somehow) his fourth consecutive win.

Favorite Action Actor: Robert Downey Jr. ("Can I get some more reverb on my voice to make it sound more Godlike?")

Favorite Actress In a New TV Series: Sarah Michelle Gellar (It's cool cause she was also in an old show!!!)

More like this
Britney Spears Set A Wedding Date With Fiancé Sam Asghari & Previewed Her Dress
By Bustle Editors
Selena Gomez Joked About Her Relationship Status In Her ‘SNL’ Monologue
By Grace Wehniainen
Taylor Swift Is "Spiraling" After Releasing "This Love (Taylor's Version)"
By Jake Viswanath
After 'Heartstopper' Used This Indie Artist’s Song, Streams For It Soared 8,000%
By Alyssa Lapid
Get Even More From Bustle — Sign Up For The Newsletter