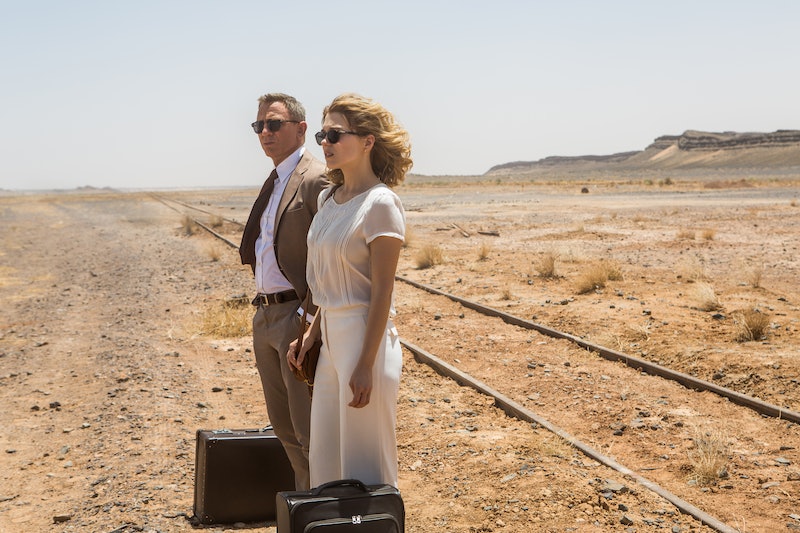 The James Bond movies are more than a staple in pop culture history — they are a geography lesson for anyone who watches. Seeing all of the movies is like playing a game of Where in the World is Carmen San Diego? but instead of a fancy lady in a red hat and trench coat, it's a handsome man in a $4,000 Tom Ford suit. From Dr. No to Spectre, James Bond movies' have filmed in places that have been varied and awesome. They've ranged from the cosmopolitan to the desolate. There are even some places that seem to be a favorite for Bond, considering they have been featured in more than one movie; he visited Tokyo, for instance, in You Only Live Twice and then again in Diamonds Are Forever. Istanbul seems to be another favorite spot because it was featured in From Russia With Love, The World is Not Enough, and Skyfall.

In Spectre alone, Bond (Daniel Craig) travels to five countries: Mexico, Italy, Austria, Morocco, and his home base of England, of course. With all of Bond's globetrotting, it makes you wonder how many frequent flyer miles 007 has accumulated over the last four decades. From the exotic to the awesome to the crazy, here is a list of some of the places that James Bond has visited since Sean Connery played him in 1962. Believe me, this is just the tip of the iceberg when it comes to the stamps in the spy's passport.

Thunderball (1965): The Château d'Anet In France

Bond heads to the Bahamas in this movie, but that doesn't mean he can't make a quick trip to France to visit this historic castle.

In this Japanese-centric Bond film, SPECTRE uses the country's third biggest island as their secret hideout.

On Her Majesty's Secret Service (1969): Piz Gloria In Switzerland

This revolving restaurant in the Swiss Alps was featured in the snowy installment that was George Lazenby's first (and last) time playing James Bond.

The Man With The Golden Gun (1974): Khao Phing Kan In Thailand

Roger Moore played 007 when the movie traveled to this exotic locale in Thailand. It has since been popularly referred to as "James Bond Island."

It was only a matter of time before James Bond made his way to Egypt to play in the Pyramids.

Bond "goes to space" in Moonraker, but Roger Moore didn't really get launched into the Milky Way for the movie, obviously. But they did film in the ancient ruins of Tikal in Guatemala. It's not as galactic, but it certainly is exotic.

The Living Daylights (1987): Rock Of Gibraltar In Gibraltar

Things got a little "rocky" for Timothy Dalton as Bond in this installment of the franchise. (See what I did there?)

I have never heard of this country in the Caspian Sea, but it looks stunning. This is the perfect example of why James Bond movies should be incorporated into geography curriculum all over the country.

In director Sam Mendes' first Bond film, he made a fight scene look absolutely gorgeous under the the glowing city lights and skyline of Shanghai.

Spectre probably has some of the most diverse shooting locations of all the James Bond films. The opening scene in Mexico City during Dia de los Muertos is absolutely beautiful and the snowy scenes in Austria are a throwback to classic Bond films. As for Jökulsárlón and Tangier, this isn't the first time Bond has taken us there. Jökulsárlón was featured in 2002's Die Another Day and Tangier was in 1985's A View To A Kill.

With all this traveling, it makes you wonder if Bond has become immune to jet lag.