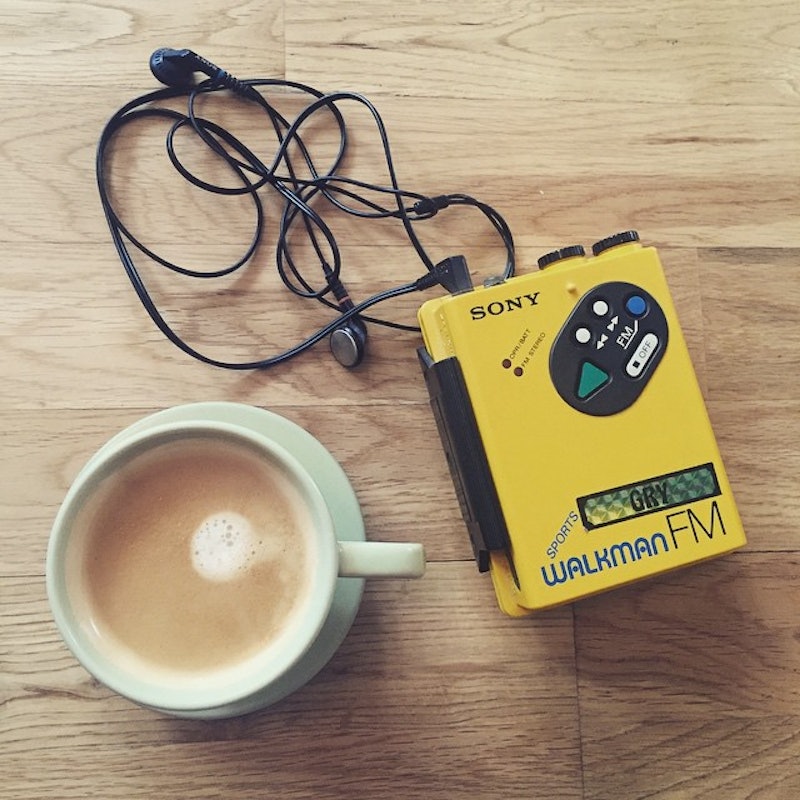 There's no denying that we live in a technological golden age. Within most of our lifetimes, cellphones have gone from being clunky pieces of plastic capable only of holding actualy phone calls to sleek, pocket-sized computers that can tell us the weather, news, and square root of Pi, all at the same time. But how much did all those old gadgets cost us? BuzzFeed created a game-show style video where contestants had to guess the original price of old technology, and the results are... pretty shocking, actually. Did we seriously pay that much for a camcorder?

There's no getting around it: Technology that was considered cutting edge only 25 years ago is completely obsolete and pretty hilarious in comparison with today's gadgets and gizmos. What's funniest of all, though — and also maybe a little horrifying — are the prices we used to pay for what is now, effectively, "junk." Half of the people in the BuzzFeed video didn't even know what an 8-track player was, for example, and the other half thought a Walkman cost $2,000.00. Needless to say, it was a highly confusing experience for everyone involved.

So here — let's play along with the contestants. I promise you will be both amused and bewildered at just how much we used to shell out at Circuit City. The video concludes, "Life is better in the modern world," and after knowing the price of a cell phone in the 1980s, I am sure you will fully agree.

1. How Much Did This Camcorder Cost?

Regardless of how much this camcorder actually costs, I am sure the value of every 2 year old's birthday party recorded on grainy videotapes is priceless.

2. How About This Cassette Player?

One of the worst things ever to happen in the history of the world was the death of the cassette as a format for music. The first music I ever owned was ...Baby One More Time on cassette. If only I had this glorious yellow Walkman; I could be listening to "Crazy" for the 6,000th time right now.

3. And This Portable 8-Track Player?

I find it hilarious how it is specified that this is a "portable" 8-track player. Can you imagine just walking down the street and listening to Def Leppard on this baby? I am now also intrigued as to what a "non-portable" version would look like.

4. What About This Cell Phone?

"I feel like I'm in Wall Street!", said one of the contestants, referring to the 1987 movie that features business execs strolling along the beach, yelling into their 10-pound mobile devices. It turns out it actually makes a lot of sense that some Wall Street types would be shlepping these around — the price is definitely no joke.

Check out the full video below for more. How many of these items did you own?