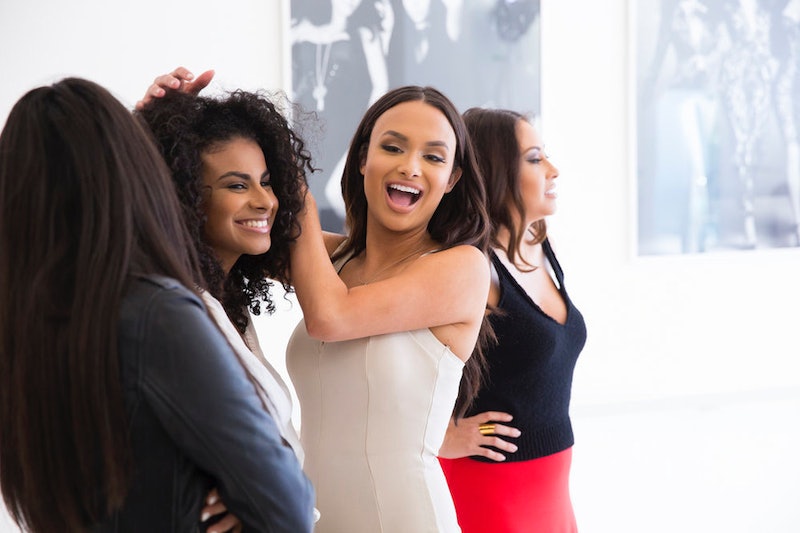 One of the guiltiest of all the pleasures, E! network's Kardashian spin off series, DASH Dolls has given everyone a reason to tune in each week by bringing the drama and the glam that we all crave. Luckily, the ratings seem to mostly be backing this up and rumors of a second season DASH Dolls renewal are already abound. So, when will DASH Dolls Season 2 premiere if it does get picked up for another year?

While a second season has not be officially announced, things are kind of looking like they could go either way for the ladies of DASH. Ratings are steady but reviews have been mixed. Many critics see the show as another cog in the wheel of the Kardashian money making machine and complain that the show doesn't really bring anything new to the table. Sure, the show is reminiscent of many other reality shows of the moment, but the cast really is what makes this show special. The girls are individually pretty captivating, and I found myself sucked into their lives from the first episode. As long as the ratings for the finale can hold out, I think we could see a second season come to fruition. In which case it would likely debut around September 2016 like it did this year.

Here are a few reasons why I think the show deserves to be renewed for a second season.

I mean, come on. Durrani is television gold! She is interesting, funny, dramatic, and engaging. There are not many reality stars that can stay so likable while also receiving a bubblegum pink Bentley for their birthday.

I need to follow up with these two. They have it all. The Romeo and Juliet vibes are strong with these two. I need to see this through and hopefully watch them get engaged with a pink diamond worth a zillion unicorns.

These two are so new! They just finally got together and I think E! owes it to us all to let us watch their relationship take it's journey. Whether it flourishes or falls apart, I need closure.

Taylor has some serious maturing to do as the resident party girl of the dollhouse. She has already been in altercations with the ladies for her out of control and sometimes disrespectful ways. Will she get it together? I need to know.

She is sticking by his side and I think we need to see her either move on or see him get better and take control of his issues.

So, as you can see, there is a lot more to be seen from the ladies of DASH. Bring them back for Season 2!