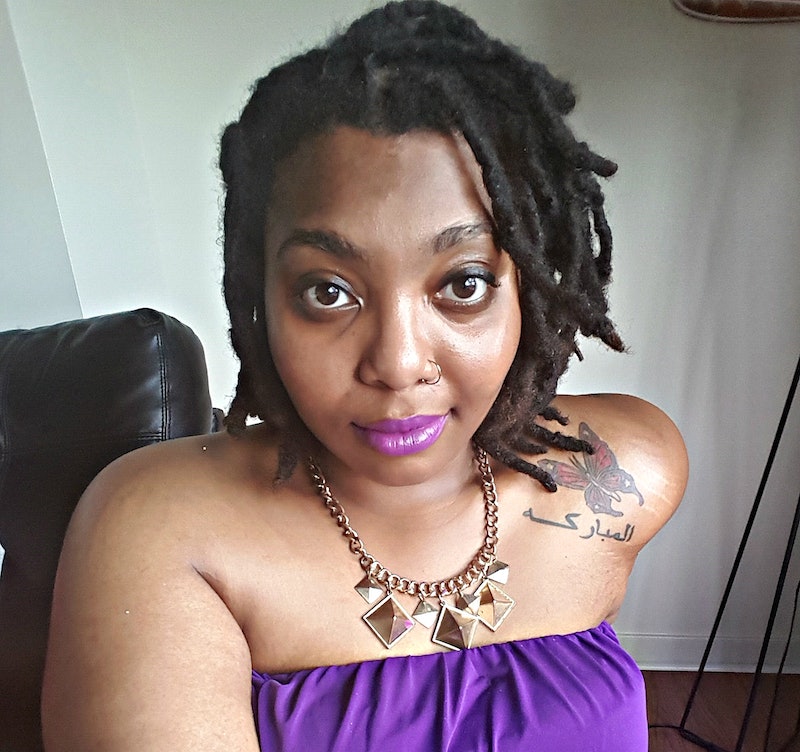 I was slouched in the driver's seat of my Volkswagen Jetta when my nervous breakdown started. Tears cascaded down my cheeks as I attempted to will myself out of the car and into the high school where I was tasked with teaching English Language Arts to 70 sophomores. I couldn't move, but time was running out. I had less than 30 minutes before I had to deliver a lesson, but I couldn't stop the tears. Another 10 minutes passed before I was able to make it to the back door of the school. Not long after that, I collapsed at an empty desk stationed in an unoccupied hallway.

My principal found me and coaxed me from the hallway desk to her office. Through tears, I told her I needed time away from the classroom to seek professional counseling. She understood, and told me of her own struggles with mental health. After I left her office, I scheduled an appointment with a therapist.

The therapist was supportive but blunt in our first meeting. She diagnosed me with situational depression and told me I would not achieve mental stability until I left the teaching profession. It was in that moment that I knew I couldn't return to the classroom. In a way, the decision was made for me: A few weeks ago, the school terminated me because I didn't submit Family Medical Leave Act paperwork in time.

Teaching at a public school is so overwhelming that I was overwhelmed before the school year even began.

The hardest part of leaving the classroom was saying goodbye to the students I'd bonded with. I'd driven students home, advocated for them with other teachers, connected their families to resources, and even served as a summer mentor. Exiting the classroom meant leaving those students behind. It's still painful. But I've also never been more relieved.

Teaching at a public school is so overwhelming that I was overwhelmed before the school year even began. I was dedicated and passionate, but not about the many organizational tasks I quickly learned were attached to teaching — planning, gathering data, grading, and the teaching and re-teaching of specific skills needed to pass standardized tests.

I was so overwhelmed that I didn't even recognize when I started feeling depressed. It began with frequent trips to the staff bathroom to bawl, and evolved into crying the entire drive home. More than once, I actually had to pull over to let it out safely. I didn't know what had happened to my previously mostly-happy self. By the time I left the classroom, I was too depressed to get out of bed.

What's worse is, my experience is a common one for educators — and it's what's leading to our shortage of teachers. According to Richard Ingersoll, a former public school teacher who's now a professor of education at the University of Pennsylvania, about one in 10 teachers quit the education profession by the end of their first year, and up to 50 percent of teachers leave within five years of starting their teaching career.

A lot of teachers leave the profession for the same reasons I did, as reporter Liz Riggs found while interviewing former educators for her article in The Atlantic.

In theory, the classroom hours aren't bad and the summers are free. But, many young teachers soon realize they must do overwhelming amounts of after-hours work. They pour out emotional energy into their work, which breeds quick exhaustion.

This was true for me. I often worked from 7:30 a.m. until 10 p.m. — and I was still unable to complete all of the tasks I was assigned. Working extensive hours leaves little time for self-care or work-life balance. It was simply unsustainable.

The sacrifices required are pushing teachers out of the classroom, harming children, and leading to teaching shortages. Even Thomas Smith, a education professor formerly at Vanderbilt University, thinks the demands placed on teachers is often unreasonable and unsustainable.

As a result, America is experiencing an extensive teacher shortage. The U.S. Department of Education projects that 2.2 million new teachers will be needed this decade, as half of America's three million teachers retire or depart from the classroom in the next five years. The schools most impacted by this shortage are those in highly concentrated areas of poverty. Incidentally, these facilities also happen to be responsible for educating the students who need the most support and love within the classroom.

I was paid above the average starting teacher salary at $39,000, but it wasn't enough for me to live off of. I had to continue freelance writing (in addition to working odd weekend jobs) just to cover my rent and credit card bills.

Offering extensive and effective training for all new teachers is a great place to start remedying these troubling statistics. I taught for nine months before I was trained — and that training focused more on the ins-and-outs of the network I was teaching in and how to make students comply with instructions than it did on molding me into a more effective educator.

Teachers must also be paid well if we want to see higher retention rates. In the United States, the average teacher's starting salary was $36,141 in the 2012-13 year. And while I was paid above the average starting teacher salary at $39,000, it wasn't enough for me to live off of. I had to continue freelance writing (in addition to working odd weekend jobs) just to cover my rent and credit card bills. Offering higher salaries to teachers will attract more college students to the education profession.

Most importantly, teachers need support. I was frequently being evaluated for raises, but I wasn't being offered the support I needed to become a more effective educator. Had an administrator asked me how I was doing, it could have been the difference between my leaving the education profession or remaining in the classroom. Statistics show I'm not the only educator who feels this way: Retention is higher when teachers have mentors and regular communication with administrators and veteran teachers.