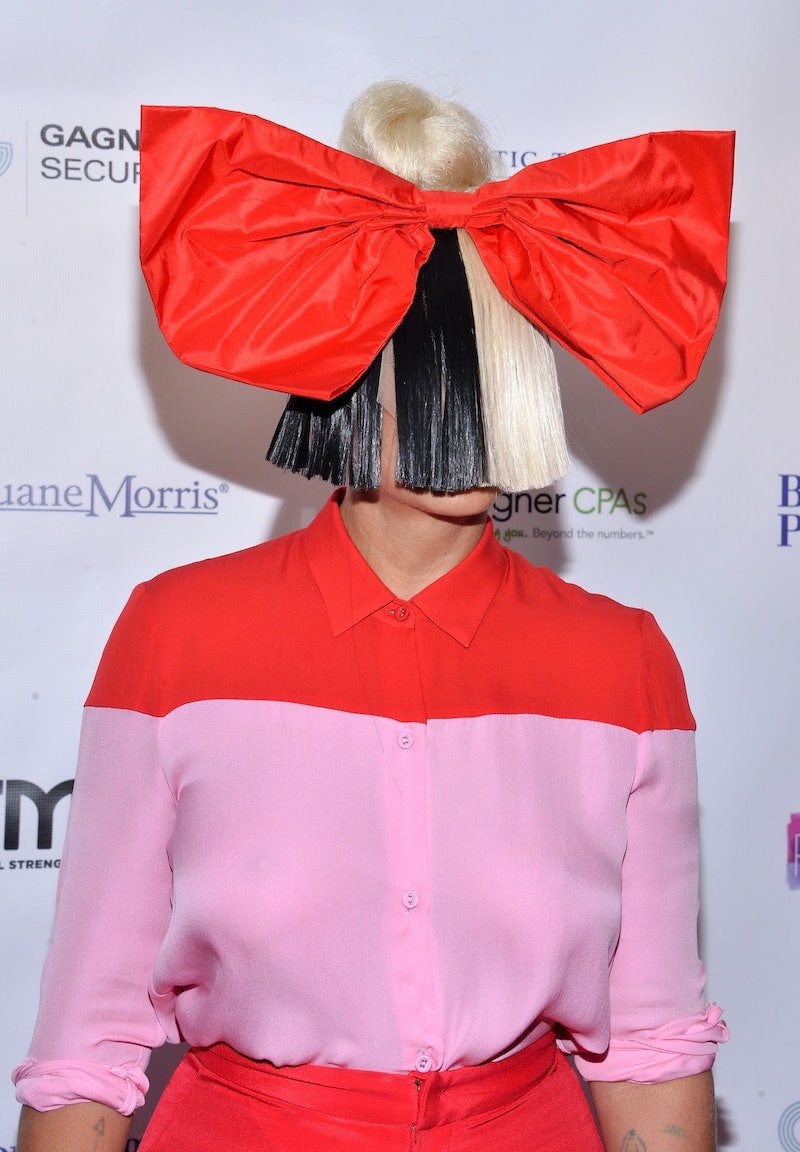 Even while hiding her face, Sia knows how to wow an audience with a performance. The singer and songwriter has long been stunning viewers with her amazing collaborations with dancer Maddie Ziegler. And when Sia performed "Alive" on Saturday Night Live as the musical guest, the singer stole the show hiding her face in a big blue bow and wig. It was already a huge episode of the season, featuring Donald Trump as host, but Sia added to it with her epic singing voice. A dancer that was not Maddie Ziegler joined her on stage dressed in a karate uniform.

Sia's first performance of the night was simple, but powerful. She belted out "Alive" wearing her wig and big blue bow, which matched her blue outfit. The dancer with Sia danced her heart out in the karate uniform and a chorus behind them added to Sia's golden voice. It was low-key, but a welcome respite from the levity of this being the episode hosted by Donald Trump.

Sia has been lucky (and talented) enough to relatively keep her anonymity and become incredibly famous for her hit songs "Chandelier" and "Elastic Heart." Her current singles "Bird Set Free" and "Alive" were originally written for Adele's new album 25, according to Billboard. Instead, both songs will now be on Sia's upcoming album This Is Acting, which is due to come out in 2016. “I’m calling it This Is Acting because they are songs I was writing for other people, so I didn’t go into it thinking, ‘This is something I would say,'” she told Billboard. “It’s more like play-acting. It’s fun.”

And, judging by her SNL performance, that's exactly what the album will be.