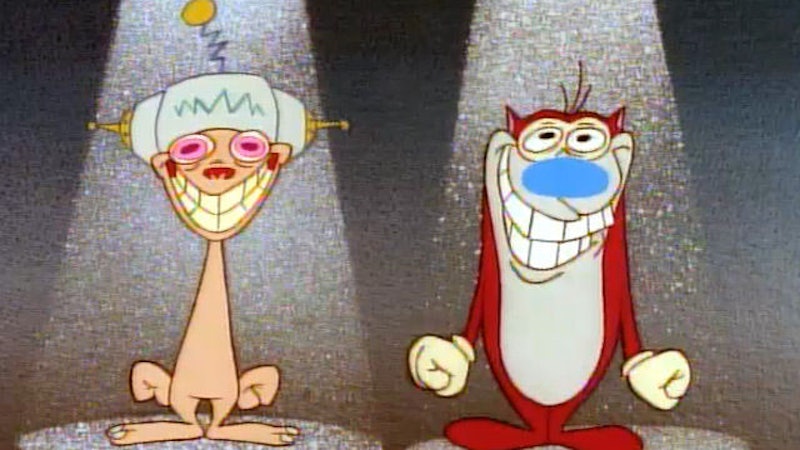 The harsh reality about adulthood (or whatever this icky thing we’re all experiencing is) is accepting the fact that our childhood wasn’t all sunshine and rainbows. I mean, OK, my childhood was actually pretty great, but that doesn’t mean I don’t re-evaluate the all the ‘90s TV shows that every '90s kid loved to watch when they were wee ones. And the reality is, when you stop to think about it, there are a lot of totally weird children’s shows from the ‘90s... and it makes you wonder how we were able to process them with such an innocent, childish glee.

Now granted, “weird” doesn’t always necessarily translate to “bad.” I’ve been an out and proud weirdo for 15 years now, and it’s a badge I wear boldly every day. Still, a lot of TV that was around in that era could be construed as a bit baffling to the modern grown-up viewer. Whether they were spooky, imbibed with sexual innuendo, or just plain wonky-looking, strange shows populated the TV screen during that time, and I think we should take a moment to revisit them.

So all aboard the nostalgia train! Here are 11 shows from the ‘90s that are totally weird once you give them a second glance.

The storylines, from what I can remember, weren't exceptionally strange, but it's that animation style that gives me the wiggins. Innovative, yes. Visually bizarre, also yes.

What even were Mr. and Mrs. Bigheads? Toads? Exceptionally large toads? Why were they bigger than the wallaby? That's not even the tip of the iceberg when it comes to weird things in this remarkably racy series; it's just what I'm wondering in this moment.

I know, I know, you loved the Power Rangers so much as a kid, you were the Pink Ranger when you were 7 years old. I get it. I respect it. But, if you look at the original series for more than, IDK, five seconds, you'll realize it's a show with awkward American teenagers spliced together with monsters. Repulsa? What? Bizarre.

Retroactively scary because clowns are terrifying. Beyond that, what was the deal with the clock rug stretch? Anyone want to explain?

5. Are You Afraid Of The Dark?

Conceptually the show makes sense. It's just... some of those tales were a stretch in story telling, whereas other were an exercise in extreme horror. Either way, the Ghastly Grinner is in no way appropriate for children.

Fun Fact: R.L. Stine co-created this show. It's not really scary — just overloaded with a cast of the strangest muppets imaginable... and that's saying something.

I just can hear Binyah Binyah croaking in my head, and it's freaking me out. Nickelodeon loves their oversized frogs.

Hilariously Veronica Mars' Jason Dohring played the human Eddie while Seth Green voiced him as a dog. Real star power for a show that was, at the end of the day, about a talking dog.

Filed under: shows for pre-schoolers that look like an acid trip. The laughing baby on the sun? Trippy.

Alright, it's fair to say Ren & Stimpy may be the respective kings of this list. Not only because they were way too adult for Nickelodeon's core demographic at the time, but because they introduced us to the likes of Powdered Toast Man before heroes like Mermaid Man, Barnacle Boy and The Crimson Chin were even a twinkle in someone's eye. Also, can we talk about how the lyrics of "Happy, Happy, Joy, Joy" basically has lyrics where Stinky Wizzleteats admits to murdering someone? Yeeeeeah...

Strange as these shows may be, you know you love them.