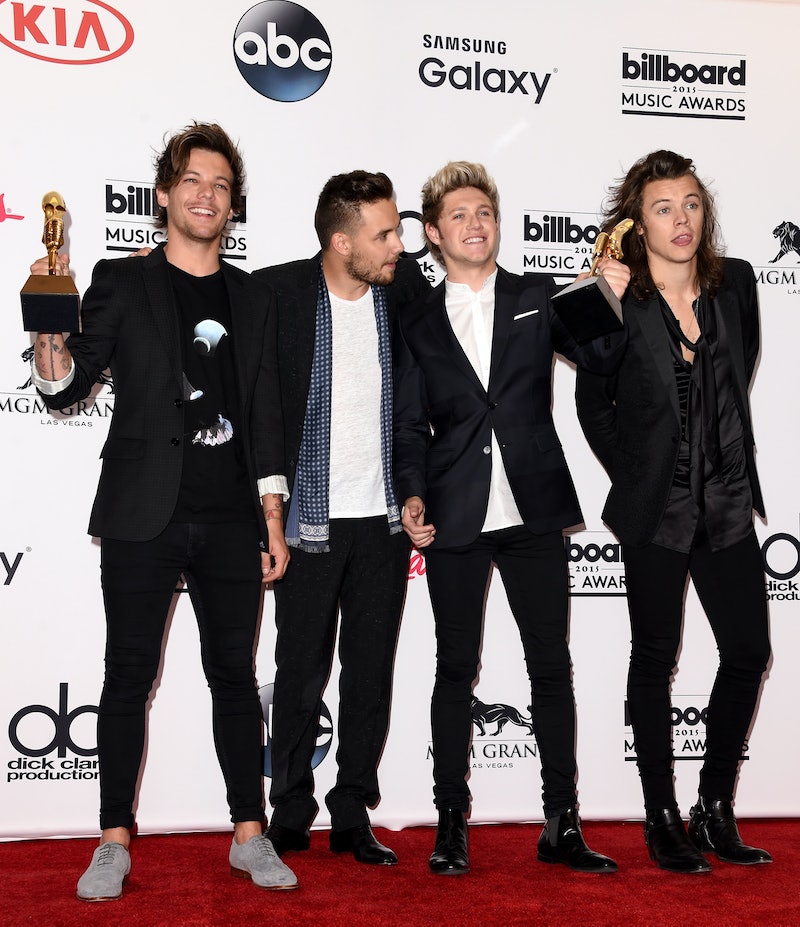 With exactly one week until the glory of One Direction's Made in the A.M. will take permanent residence in our iTunes libraries and in our hearts, the band dropped yet another new song. "History" is more acoustic than the track's we've heard from the album but that doesn't make it any less "perfect." (Of course that pun is intended. Why wouldn't it be?) The arrival of Made in the A.M. is no doubt bittersweet, a sentiment both captured and honored in "History."

While speaking to Entertainment Weekly, Liam Payne said "History" "is about the way the fans and everyone have created this massive thing — One Direction — over the past five years. Out of [‘History’] comes a little bit of closure for this chapter of One Direction." Likewise, the lyrics reflect the magical connection between 1D and the fandom.

"No, they don't teach you this in school / Now my heart's breaking and I don't know what to do / Thought we were going strong / Thought we were holding on /Are we?" feels like a clear reference to the band's not-so-smooth 2015. It's also a nod to the uncertainty of the future. Both One Direction and their fans are emotionally affected by the upcoming hiatus.

As the fate of One Direction remains unknown (the fandom, for the record, looks forward to seeing the band in 2017), "History" is the perfect sendoff. It's a stripped-down track that allows the band's vocals shine. I mean, it's no cover of "Torn," but it's a lovely look back at where One Direction began and where they are now. If nothing else, it leaves us with one last reassurance: "This is not the end."