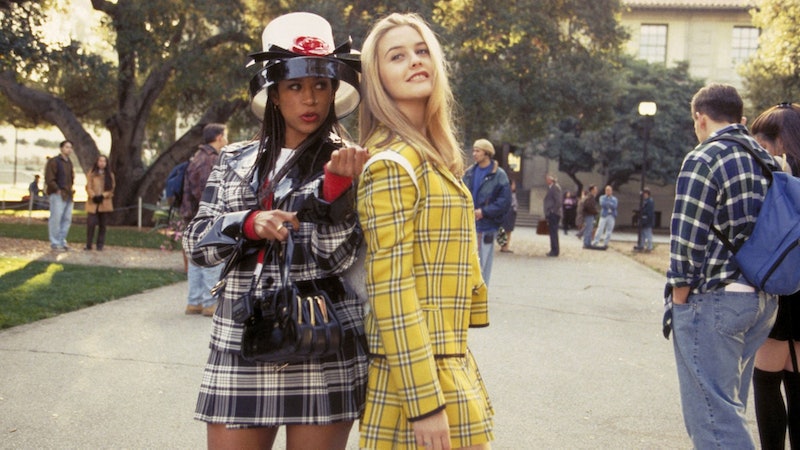 The thing about great stories is that you can tell them over and over again and people will still listen. Take Jane Austen, for example. No matter how many times you’ve read Pride and Prejudice, you’re still going to get excited each time a new Jane Austen film adaptation comes out, am I right? (The Pride and Prejudice and Zombies trailer was awesome.)

Sometimes book-to-movie adaptations are disappointing. Personally, I think that Austen’s writing gets stripped of some of its funniest moments in favor of the romance plotlines. Sure, the romance plotlines are great, but Austen was also a great observer of quirky personalities. So which adaptations stay true to these beloved novels, and which ones stray a bit too far from the original stories?

Just as everyone has their favorite Austen novel, if you’re friends with Janeites, you’ve probably also discussed your favorite Austen film adaptation. From period pieces to modern-day webisodes, Austen’s work has been told and retold — and it never gets old.

Some of the films turned out amazing. I mean, when a movie’s basis is an Austen novel, it can’t be that bad no matter what the filmmaker does. But some of the adaptations of her novels leave us fans wanting more. So which ones win the prize for the best, and which are better left in dregs of Netflix scrolling?

This film is more a loose interpretation than a straight-up adaptation. Several women form a book club and decide to read through the works of Jane Austen, and each of their lives (slightly) mirrors their chosen Austen novel. Though this movie has a few mentions of Austen, it feels as if her novels are really just a cameo in an otherwise non-Austen-related storyline. However, Emily Blunt is in it, so yay for that.

It seems that the costume designer for this film saved some money by re-using the costumes from Gone With the Wind. This movie is worth a watch just because it's so hilarious — not only are there a bunch of very significant plot changes, but for some reason it takes place on what appears to be a plantation. The one redeeming factor, obviously, is Laurence Olivier as Mr. Darcy.

This film is romantic and well-acted, but for me, no film adaptation has yet to capture the perfection of the novel Persuasion. It’s still worth a watch, if just for the letter scene, and the sweeping musical theme is quite lovely. But unfortunately it’s lower on the list because of the awkward kiss. If you've seen this film through to the end, you'll know what I'm talking about.

Gwyneth Paltrow is a talented actress, and this is a solid adaptation with a great archery scene, but it’s not quite as hilarious as the cunning and critical novel version. Maybe that's my own bias speaking, because Emma is at the top of my favorite novels list, so I'm pretty protective.

This adaptation of Sense and Sensibility is actually quite cool. Two wealthy young women unexpectedly lose their father — and their fortune — and have to move to East Los Angeles. If you’re looking for a Friday night guilty pleasure movie, it’s a fun pick.

Modern London resident Amanda accidentally falls into the world of Pride and Prejudice — and starts messing things up. Isn’t this basically every Janeite’s dream? This is technically a miniseries, not a film, so it’s nice and long. Great for a rainy day when you can sit back and relax with a mug of tea (especially if your mug says “I heart Darcy”).

This miniseries starring Romola Garai is great because the length allows it to really stay true to the book. The scenery and costumes are beautiful, and the acting is on point. Not badly done here.

This made-for-TV movie is a gem that way more people need to become obsessed with. You might recognize actor J.J. Feild (Henry Tilney) as Mr. Henry Nobley from another great Austen-inspired film, Austenland. (That one's not an "adaptation," but I'll mention that it's worth a watch for the "Hot in Here" scene). This film perfectly captures Catherine’s whimsical imagination, and the chemistry between Felicity Jones (Catherine) and Feild will definitely put a smile on your face.

Emma Thompson’s award-winning adaptation of Sense and Sensibility is quite close to the book, and has some very beautiful lines (which are, of course, well-delivered by the star-studded cast — S nape is in this, guys!). Definitely worth a watch.

Bollywood. Pride and Prejudice. Aishwarya Rai. What more could you ask for? The songs will get stuck in your head, you'll fall in love with all the wonderful characters, but the No. 1 best part of this film? Mary’s epic snake dance. It’s perfection.

OK, so this isn’t a film; it’s a web series. But this great adaptation took the Jane Austen fanbase by storm when it first aired a few years back. Remember how we had to wait for Darcy Day? It was such an interactive experience, and now that all the episodes are out, you should definitely dedicate an evening or two to watching the vlogs of a modern-day Elizabeth Bennet.

This version of P&P is so beloved that there was even an enormous statue installed in a British lake as a monument to that lake scene. This miniseries is amazing, and basically a rite of passage to watch if you’re an Austen fan. But because of the length (327 minutes, y'all), it’s best saved for super special occasions.

This modern-day adaptation of Emma is still beloved among generations because: 1) it’s a great movie, and 2) it’s actually so accurate as an adaptation. In terms of translating Austen’s works into a modern time period, this screenplay is practically flawless. A betty of a movie.

This film is a work of art, as is the book it’s based on, and the book that book is based on. (So many layers of Jane Austen!) The modern-day retelling of Pride and Prejudice (in which Colin Firth stars as Darcy once again) is hilarious, clever, and romantic — all of the things P&P should be. Best line? “I like you very much. Just as you are.” Simply perfect.

I've definitely gotten into arguments with fellow Janeites about my devotion to this film, but I believe that despite some book-to-movie inaccuracies (yes, I know Darcy didn't propose in the rain), the 2005 Pride and Prejudice captures the spirit of the book. The dialogue flows well, the cinematography is gorgeous, the acting is on point — I love, I love, I love it. And the best part: if you want to feel as if you’re in a Jane Austen novel, just put this film soundtrack on repeat. You will ardently admire and love it.