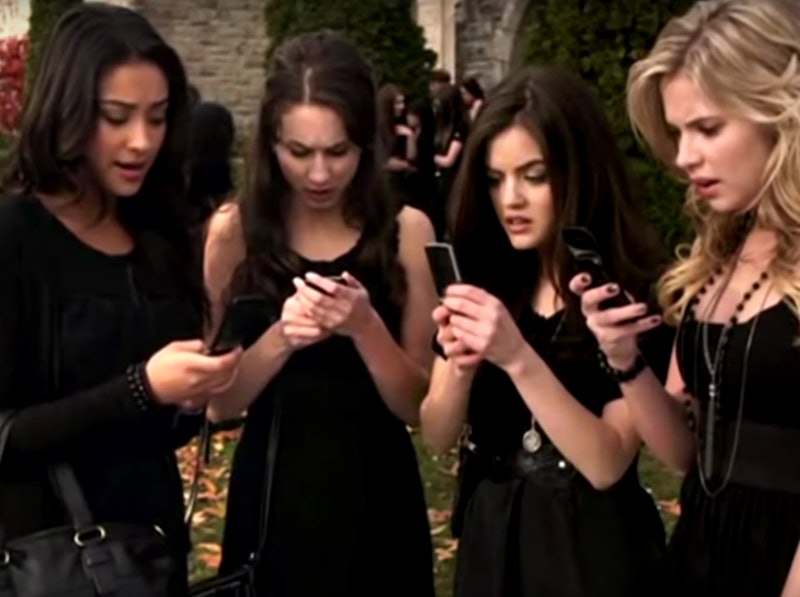 It's been a long and tumultuous road to get to Season 6B of Pretty Little Liars . There's been more twists and turns than any TV show can handle — but that's all part of the fun. While fans are in the midst of surviving the interminable drought known as the mid-season hiatus, it's a good time to look back at how far we've come over the past few years. And, man, have we come a long way.

Not only did Season One look different (is it me or is there a weird filter over most of the pilot?), but the entire show seemed so different. For one thing, the Liars weren't really friends. Aria was fresh from Iceland, Hanna and Mona were as thick as thieves (literally, when they walked out of a store with sunglasses), Emily had a long-time boyfriend, and Spencer was, well, still crushing it academically.

Nowadays, the Liars cheated death on more than one occasion. They were taken to the Dollhouse and came back. Heck, they even found out the identity of A. Yes, it's safe to say that a lot of changes have gone down in Rosewood, but there's no time like the present to revisit the past. Here's how Pretty Little Liars Season One is different from Season Six.

Now they're in their early 20s.

2. They Had Flip Phones

It was a simpler time.

3. Everyone Thought Alison Was Dead

Little did we know.

Remember when they thought he attacked Emily?

Haleb was a blip on the horizon.

6. No One Knew What Brought Ezra To Rosewood

But now we know he was writing a book about Alison.

Of course, that has been revealed as well.

Which is clearly the best relationship on the show.

Little did we know that Spencer would eventually rock bangs, Emily's ombre is flawless, and Hanna and Aria's bobs would be all of our goals.

We can never look at a red trench the same way again.

The opening credits will be updated for Season 6B.

There's been a lot of changes since Season One, but the crazy plot lines have never disappointed.