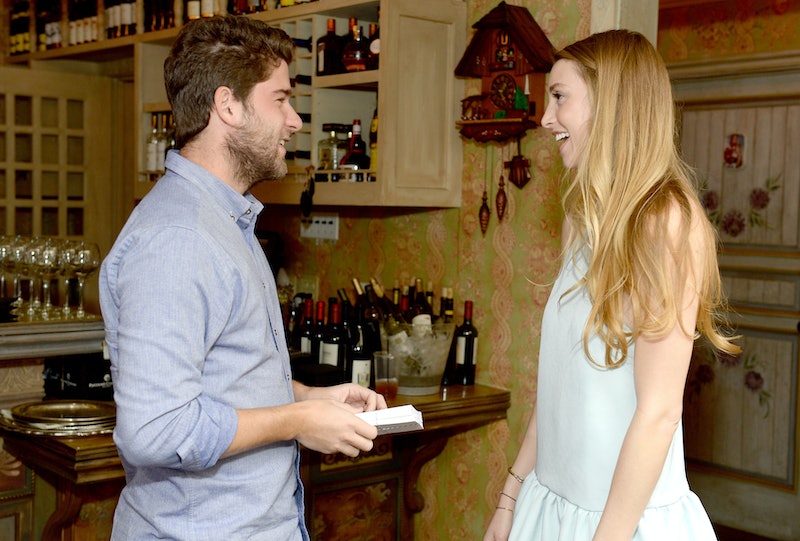 The Hills are alive ... with the sound of wedding bells. E! News reports that former Hills star Whitney Port married Tim Rosenman in Palm Springs, Calif. The 30-year-old bride reportedly wore a dress custom designed by Ashi Couture and the rings were designed by Tacori. A source told the website that they were "married at sunset" and "seemed so in love" when they exchanged their vows. The couple, who became engaged two years ago, met on the set of Port's MTV reality show back in 2008 (Rosenman was an associate producer on the show) but didn't become romantically involved until the early 2012.

If Port and Rosenman's wedding sounds familiar, well, it's because we all kind of thought it happened back in mid October when Port posted a picture on Instagram of her in her wedding dress. If that wasn't enough, the caption read: "Mrs. Rosenman." It was a confusing, confusing time. Ranks right up there with the age old confusion surrounding why LC didn't go to Paris.

Soon after Port posted that puzzling pic, Us Weekly graciously cleared up the misconception — Port had not gotten married — but now we can all breathe a giant sigh of relief. A giant sigh of relief so big that it wouldn't even fit in LC's enormous pink suitcase. Port is married, for realsies this time.

But I know what you're thinking: was Lauren Conrad even there, at the wedding?

Back in August, Port told E! that she wanted Conrad to attend. They're friends, after all! Which is more than Port can say for her relationship status with Heidi Montag, Spencer Pratt, and Olivia Palmero. Those three weren't invited to the wedding, according to the website, but LC was definitely on the guest list.

But! Looks like Conrad had other plans. On Instagram, LC posted a photo of her dog in a travel bag ... with her passport peeking out.

Maybe LC got to go to Paris, after all.