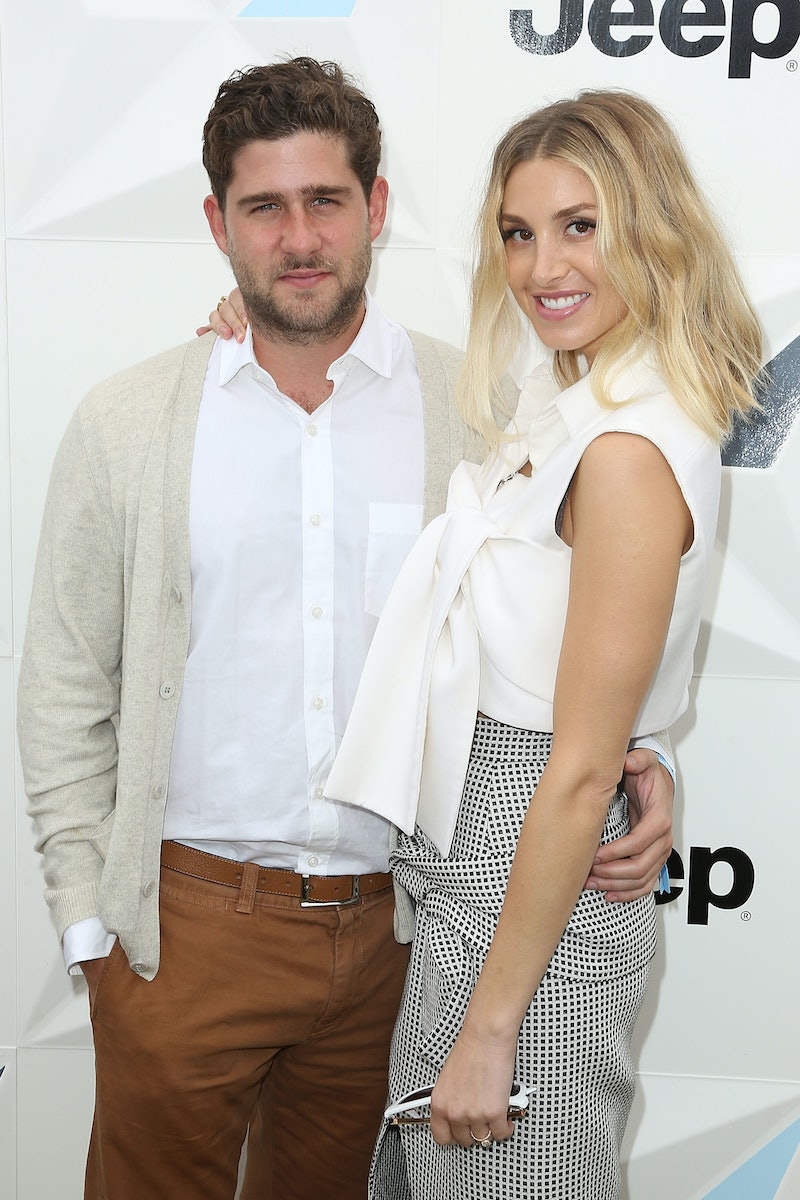 Update 1, Oct. 19: Us Weekly is reporting that Whitney Port is not married. The site claims that the "photo was simply of a test run of the hair and makeup the bride-to-be is considering for her big day, which has not yet occurred."

Earlier: Lauren Conrad, Kristin Cavallari, and Heidi Montag aren't the only stars from The Hills who are now married. This past weekend, Whitney Port married Tim Rosenman, the reality starlet announced via Instagram. She shared a picture of herself and captioned it, "Mrs. Rosenman." You can see only a bit of her white gown, but it looks beautiful. Port's makeup and hair are also stunning, which is to be expected. I mean, the 30-year-old is part of the fashion industry, so I can only imagine her wedding dress, bridal party, decorations, and everything else were on point.

Port and Rosenman got engaged in November 2013, which means they waited quite a long time to walk down the aisle. Maybe they had busy schedules or wanted to ensure their big day was extra special and perfect? According to Us Weekly, they met in February 2012 on the set The Hills spin-off, The City, which focused on Port's move to New York City. Rosenman worked as an associate producer, but after the series ended, they reportedly "kept in touch and have always had crushes on each other." Well, they took those crushes to the next level and are now married!

No other details have been released about Port's wedding day, but I can only hope it included a Hills reunion. I don't need a full-fledged reunion, but at least one with Port and Conrad. And yes, that means I need a photographic evidence.