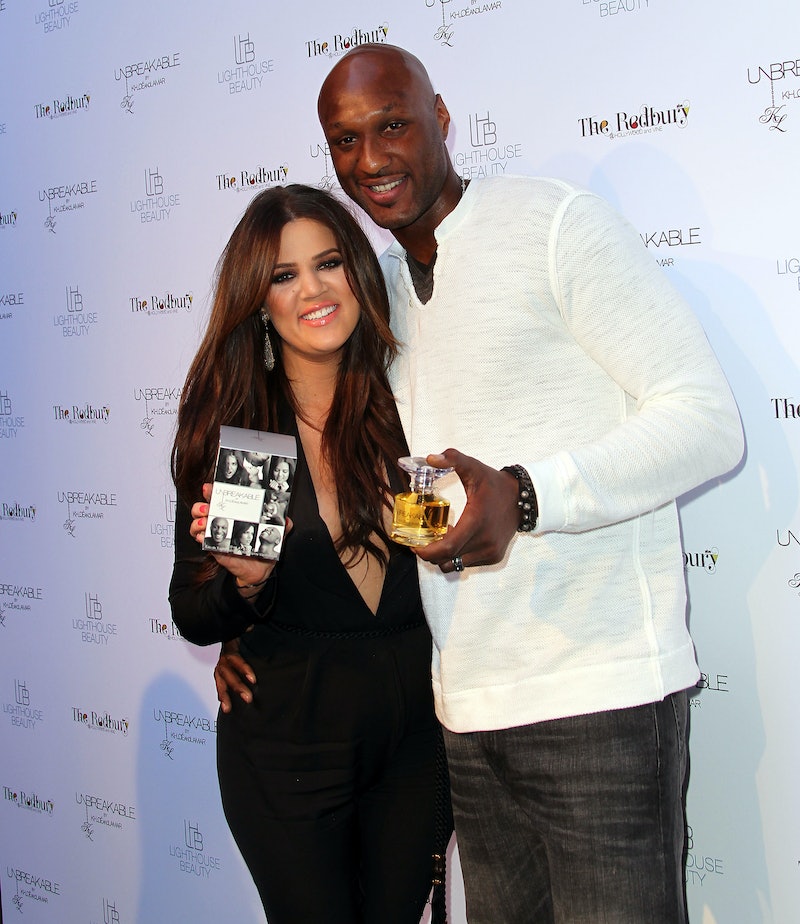 You can own a piece of Keeping Up with the Kardashians history — or Khloe and Lamar spin-off history if you're into that — for the super low price of $5.499 million. Khloe Kardashian and Lamar Odom have put their Tarazana, Calif. mansion on the market after Kardashian filed for divorce nearly a month ago. Any Kardashian fan would surely be glad to own this symbol of television history. If only anyone who watches the show had five million dollars...

The couple purchased the mansion in 2009 for $3.5 million shortly after getting married. As for why the price is raised by $2 million, it could be the changing housing market or, and this is purely speculation, the dust particles left in the air from Kardashian and Odom's bodies boosted the selling price. Then there's the fact that whenever you have your weekly KUWTK reruns parties, you can say "Omg, that's our house! Can you believe it?!" That's gotta be worth at least a million on it's own.

According to real estate website Trulia, the mansion has a "dramatic entry courtyard" leading to the home which includes "seven bedrooms, nine bathrooms, a gourmet kitchen, stone floors, and a theater." There's also another kitchen outside, a pool, a barbecue pit, and covered cabanas. The house is 8,347 square feet, to be exact, and it's listed privately so you've gotta show that dough before you get in the door.

If you're interested in viewing pictures of the lavish house you'll never own, click here to flip through. Keep your eye out for the sleazy 70s lounge-looking room with the pool table. It's pretty classy!