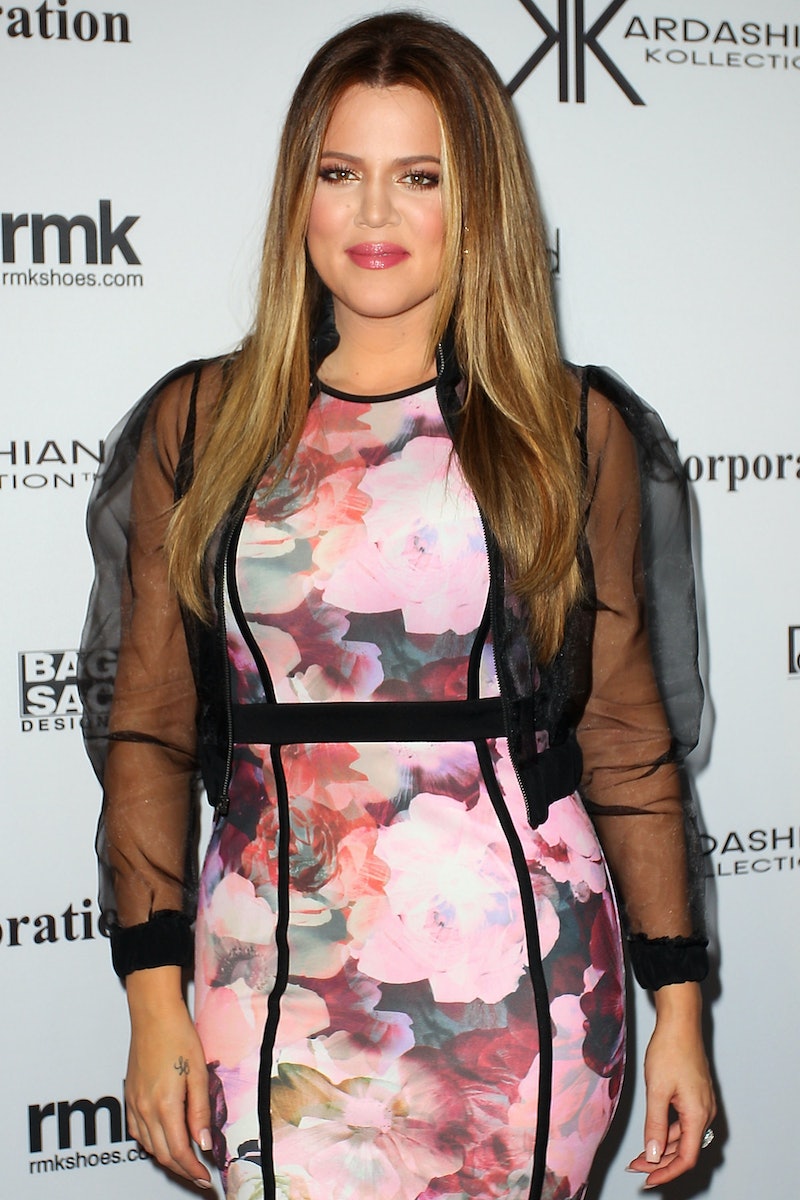 It's official: Following reports that Khloe Kardashian was preparing to file for divorce, the reality star started the process of officially splitting from her husband. People magazine confirms Khloe Kardashian and Lamar Odom are divorcing. She filed papers, which have been acquired by TMZ, Friday the 13th at a Los Angeles Superior Court. (The papers blame "irreconcilable differences" for the split.) The two were married in September 2009 and have been going through some very public problems this year, many stemming from Lamar's reported drug addiction. It seems Kardashian has had enough, but only after audiences watched her marriage struggles on the season finale of Keeping Up with the Kardashians.

Whenever any celebrity contends with a split, he or she must deal with not only their own emotions, but a public that wants to know every detail. For Kardashian this is especially true — the star essentially built her career on a reality show that chronicled her four-year relationship with Odom. Now we are only left to wonder just how much of the end of their relationship will be seen on E!.

You might think very little, considering Kardashian's mother, Kris Jenner, is a producer of the show and has some control over content. (After all, she wouldn't make her own daughter share something so painful with the rest of the world, right?) But since next season's preview shows Jenner telling daughters Kendall and Kylie about her separation from their father Bruce Jenner on camera, we aren't very reassured.

It might be easier on Kardashian to have the reality star vaguely discuss the divorce on camera before the show moves on to a storyline about Kourtney becoming a freegan or Kim needing a room made of mirrors in her and Kanye's house. But just how much privacy is Kardashian entitled to? We watched her marry Odom after knowing him for one month, we watched her make a horrifically awkward "sexy" video for him, and now we've watched her talk about his drug problems — just, without ever saying the word "drug." So why shouldn't we watch her go through divorce proceedings and cope with the breakup?

We have a while before the ninth season catches up to current events. In the meantime, we'll have to see how the family handles the situation. For now, there are bound to be plenty of stories, many false, circulating through the tabloids until another celebrity gets married, divorced, or pregnant. Fans may be used to getting a lot of Kardashian, but, this time, they may want to consider backing off a bit. Divorce is hard for regular people — we can't imagine how much harder it is when proceedings take place in the public eye.

Good luck, Khloe. We know you'll get through this.