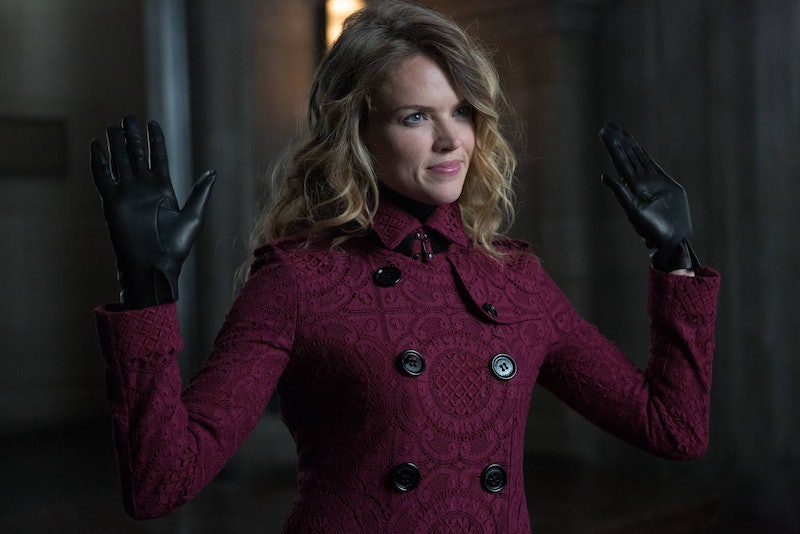 Barbara Kean, one of the best characters on Gotham Season 2, has gone through an incredible transformation from Jim Gordon's sullen fiancée to a villain posed at Mayor Theo Galavan's right side. But in a trailer and clip for the eighth episode of the season, "Tonight's the Night," it looks like Barbara still wants to follow through on their engagement. Could Barbara and Jim still get married on Gotham, or have the two characters grown too far apart?

Barbara seems convinced that they could still get back together, at least from what she told Leslie Thompkins at the magic show, but her subconscious mind seems to have some different ideas. After her stint in Arkham and joining up with Galavan, Barbara hasn't just gotten a much better curly hairstyle, she has also picked up some decidedly evil qualities. In the first season, she spent a lot of time bothering Jim about spending too much time on his work because his psyche could be damaged by spending so much time with the criminals of Gotham City. Now, Barbara is one of those criminals, and she gives a manic smile at the suggestion that she'll be allowed to kill Jim on Galavan's orders.

But the dream sequence clip FOX released in advance of "Tonight's the Night," above, shows that Barbara does still harbor dreams of marrying Jim, even if they turn into nightmares. And it seems clear that she still considers Dr. Thompkins to be her biggest rival.

In DC Comics, Barbara Gordon never had a villainous past, but there's no telling if Gotham still plans on turning the character into Jim's first wife just because that's how it happened in her original story. It's already killed Salvatore Maroni, who was always a character in the comics and most film versions of the Batman story. But when Gotham's plot outgrew the character, it cut him out, the same way it moved aside Don Falcone in order to make room for Penguin's rise to "King of Gotham." And Jim's second wife in the comics is Sarah Essen, who was not only a totally different character in the show, but was also killed.

However, if Barbara is still internally conflicted about her shift to the dark side, she could ultimately wind up with Jim, if she helps him defeat Galavan. Think about it: Jim has consistently heard from his girlfriends that he's way too obsessed with his job. So the way to his heart is to offer the biggest break in a major case.

When Jim started dating Leslie, what drew them together was working at Arkham and, ultimately, that she was able to throw down and help him unravel the mystery of the circus in Jerome's first appearance. Meanwhile, Barbara was trying to get clean after relapsing into alcoholism. Now, he seems kind of drawn to Barbara, while Lee is trying to be responsible.

That's interesting — while Jim is the main character, it seems like dating him is actually no prize for these female characters. Maybe both Dr. Thompkins and Barbara should leave Jim to be on his own, since it seems that he has his own issues that need to be worked out before he gets married to anybody, especially a former supervillain.