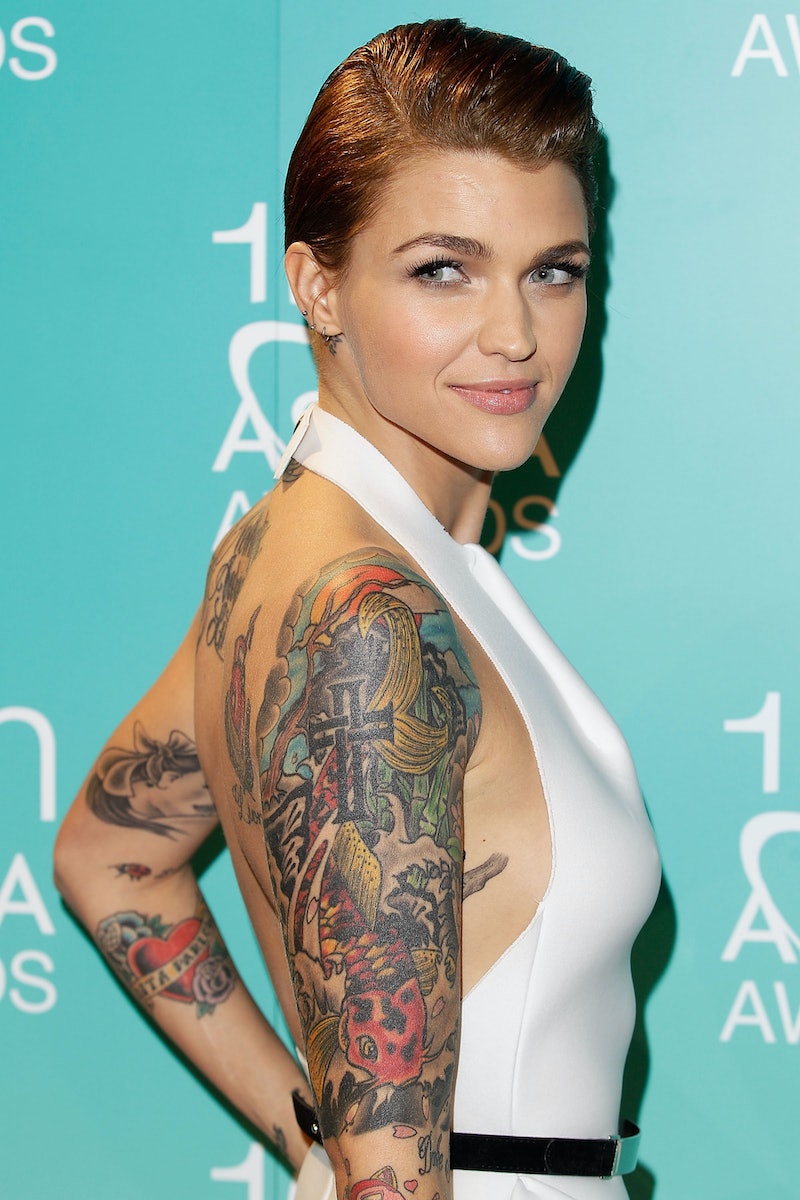 Tattoos are a permanent artistic expression of self, so androgynous tattoos that celebrate the fluidity of gender might just be a worthwhile investment. At heart, all tattoos can be considered androgynous. If we remove the gendered associations we place onto many images or ideas, there are few tattoos found out there that actually celebrate androgyny specifically, rather than being coincidentally unisex. Tattoos are, in my opinion, the ultimate way of telling the world what matters to you, though. If androgyny is a huge part of someone's identity, it only makes sense to combine a love of tattoo artistry with a respect for gender fluidity.

If you take pride in going against traditional beauty standards, I believe that's an aspect of oneself that should be celebrated daily. The power and strength it takes to present as a totally androgynous person is nothing short of impressive in our heavily gendered world. Although androgyny often manifests itself as a physical representation of the self, taking the step towards a permanent piece of art that represents as much feels even more admirable to me.

Some of these ideas are quite simple and not entirely obvious to those outside of the community, while some of them are totally in-your-face. Whichever route you choose, well done you for staying true to who you are.

1. Hedwig And The Angry Inch

Hedwig And The Angry Inch is arguably one of the queerest films/musicals ever made. Following the journey of a transgender rock singer from East Berlin, her songs are often illustrated with little drawings like this one. The Grecian myth of humans previously being joined together with "two sets of arms, two sets of legs, two faces peering out of one giant head" sums up androgyny's simultaneous representation of more than one gender.

Often championed by transgender people, this symbol combines both traditional gender symbols as one. It's a perfect representation for those who feel equally masc or femme.

It's time for a shout out to the stunning, effortlessly androgynous Lisbeth Salander, played by Rooney Mara in The Girl With The Dragon Tattoo. Her androgyny is, IMO, what adds to her mystique and beauty. This pop culture tattoo can be a sly reference to the badass Salander.

Often used by the queer community to showcase the fact that all kinds of love are equal to one another, the symbol can similarly be applied to gender. After all, being androgynous can often mean that one feels equally masculine and feminine.

Why not represent your androgyny with a tattoo of an androgynous person you admire? Personally, I've been toying with getting a David Bowie tattoo for a long time.

With a whole host of androgynous artists out there, there are a hell of a lot of lyrics that celebrate androgyny that might really speak to you. I think quote tattoos can be truly special and beautiful, so why not tie that into androgynous representation? Even Lady Gaga herself got her "born this way" mantra tattooed on her body, and that's a message that can certainly resonate with the androgynous community.

An Eevee is such a great Pokemon to represent androgyny because of the species' potential to become a huge variety of different Pokemon as they evolve. If you ask me, the possibility for being anything you want and feel you are is a key message behind being androgynous.

Overall, your tattoo can be big or small, obvious or subtle. You should just be proud of your bravery in celebrating your fluidity via permanent ink. These designs can totally be personalized to represent your own personal brand of androgyny as well, because androgyny can mean different things to different people.

More like this
Most Comfortable Underwear For Big Butts
By Audrey Williams
How Skin Care Experts Are Stepping Up To Support Transgender Patients
By Audrey Noble
Meet Foreverist, The Skin Care Brand That Keeps Tattoos Looking Fresh
By Audrey Noble
This K-Beauty “Wrinkle Bounce” Stick Is Going Viral On TikTok
By Destiny Knight
Get Even More From Bustle — Sign Up For The Newsletter