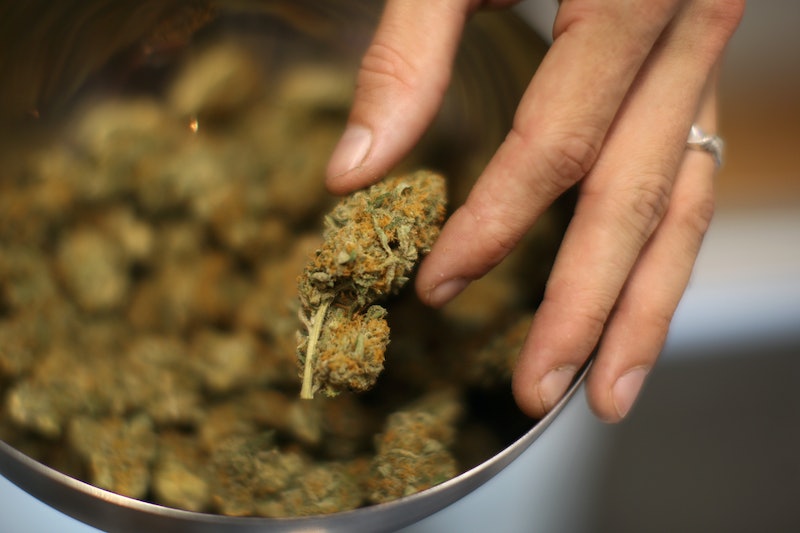 If you thought Colorado’s legalization of recreational marijuana sales wasn’t legitimate enough, now state residents can pay for weed with their credit or debit cards. Until now, all marijuana purchases have had to be made using cash. Even medical marijuana users haven’t been allowed to use credit cards, in order to avoid a federal offense. But in the words of a certain cannabis user, the times they are a-changin’.

Previously, credit card companies have said they want to adhere to federal law, with the official rules of Visa and Mastercard prohibiting the use for such purchases. But as more and more states look to make weed legal, companies are following the federal government’s lead and are (sort of) staying out of it. In a statement to the Denver Post, Visa says it tries to prevent their network from being used illegally, but that individual banks can decide on their own.

"Given the federal government's position and recognizing this is an evolving legal matter with different standards applicable in different states, our local merchant acquirers are best suited to make any determination about potential illegality," the company says.

Some marijuana-selling businesses in Colorado say they can't get banking services, as banks are still waiting on green light from federal regulators. (Or, they simply won't identify their banks.) However, many purveyors still have teller and credit-card machines in their stores, all of which require a bank account. But these accounts don't need to be business-related — they can be personal. (As for what shows up on your card statement, one customer at a Kush Club store tells the Denver Post his purchase came up as "DKC LLC.")

Will the toking demographic change with the new ability to pay in plastic? Probably not, but it certainly validates the idea that Americans want their pot, stat. Who knows, maybe soon, people could build their entire credit on marijuana buys (though hopefully we won't see all-consuming weed-driven debt).

As changes continue in Colorado, one group in Alaska is looking to make the state the third in the nation to make recreational marijuana legal, submitting more than 46,000 signatures to a state office on Wednesday. New York also made a big announcement, with Gov. Andrew Cuomo announcing a pilot medical marijuana program for 20 hospitals.

More like this
How The City Healed Five Years On From The Manchester Arena Attack
By Ella Glover
Michigan’s Governor Is “Going To Fight Like Hell” To Protect Abortion Access
By Andrea Zelinski
What Is Barack Obama’s Net Worth? He Makes *Way* More Now As An Ex-President
By Hugh McIntyre
10 Times Diana & Meghan Spoke Similarly On The Royal Family
By Sophie McEvoy
Get Even More From Bustle — Sign Up For The Newsletter