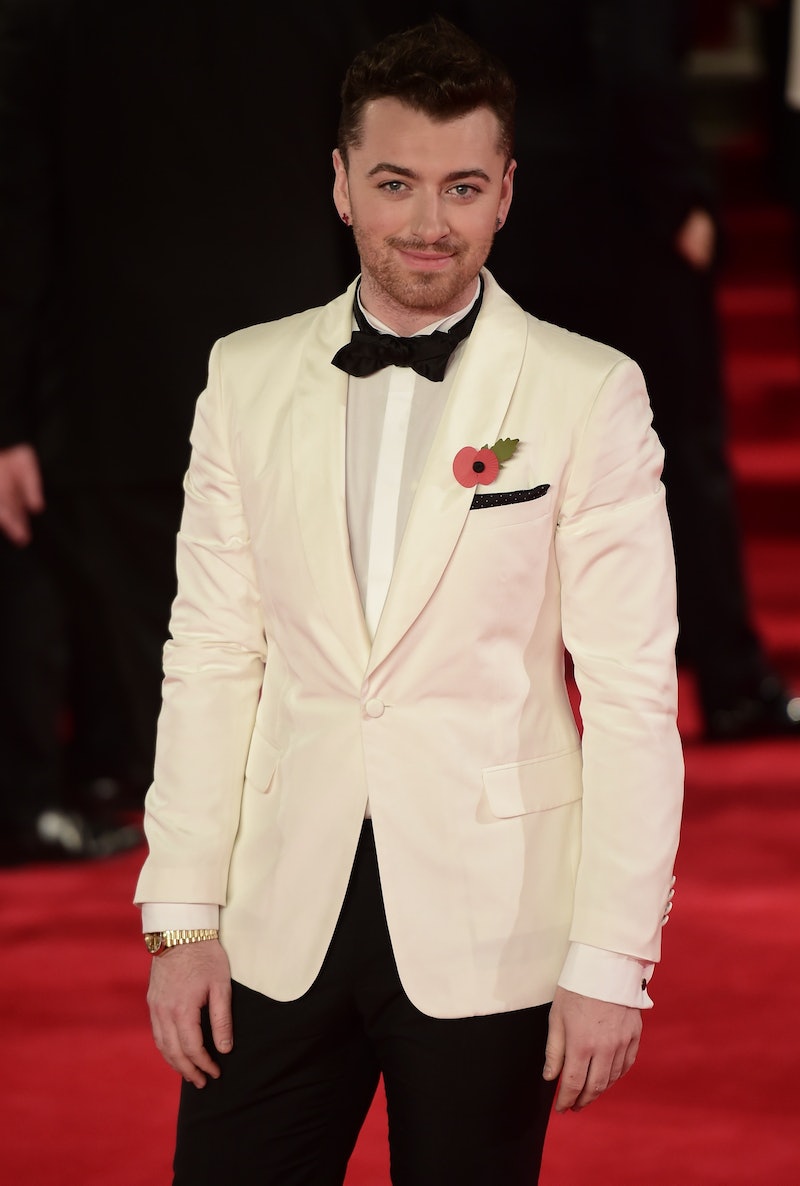 Sam Smith has a rare but wonderful way of striking his listeners right in the feels. (For reference, please listen to the entirety of his debut album In the Lonely Hour or the newly released "Drowning Shadows.") While the singer recently announced he's going on hiatus, he did speak about new music and what fans can expect. Don't worry, guys — it's very good news.

"I have a year off of being on the scene and releasing," Smith told reporters in Beverly Hills on Nov. 8 (quotes via Yahoo!). But, he added, "I'm forever working in my head." It sounds like while the break will be physically restful for the singer, he's still looking ahead to what's next. "I'm always going to write music — I can't sit still when it comes to that thing," he explained.

Now, about this new music. Smith already wrote four songs and described them as being "quite sad." He elaborated, saying, "They're about different things, my relationship with my family, for example." The singer reportedly said that he can't write when he's happy, explaining, "Part of me wants to be the artist people turn to when they're sad and they just want a good cry and a glass of wine. But also I have a melancholiness inside of me that I've had since a very young age."

If Smith is hoping to be the musician who connects to the sadness in people, he's in luck. His work is beautiful in the way it taps into certain emotions. He's both understanding and soothing in his lyrics, reassuring us we aren't the first or only people to feel a little melancholy. If you loved In the Lonely Hour for that exact reason, it sounds like Smith's second album will play to that same strength, while being an evolution from the first. However, should Smith decide to take a different turn with the upcoming project, his immense talent and incredible songwriting ability is still sure to shine through.