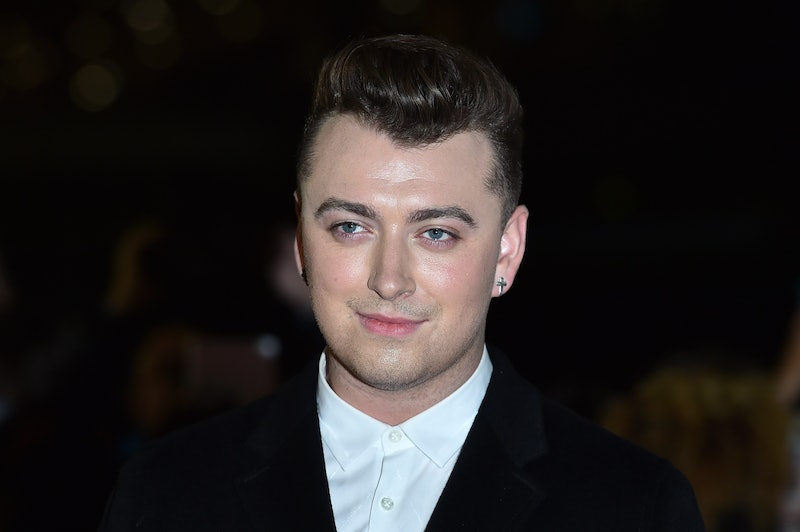 2015 was a pretty exemplary year for music, so it's really no surprise that I was completely and totally unable to pick my favorite nominee for Best Pop Vocal Album at this year's Grammy awards. There were too many amazing, deserving choices — and, as someone who literally spends 99% of her time listening to music nonstop, this meant I was completely unable to decide whom my favorite frontrunner was: On the one hand, yes, I admit that I haven't stopped listening to Sam Smith's album In The Lonely Hour since it was released, but Coldplay's Ghost Stories was also a wonderful album — and the rest of the nominees, including Miley Cyrus' Bangerz, Ariana Grande's My Everything, Katy Perry's Prism, and Ed Sheeran's x, were all deserving of the honor tonight as well, in their own, unique ways. Sorry, I'm just too indecisive a person to be asked to choose in situations like this; I mean, half the time I can't even decide if I want chicken or steak in my Chipotle burrito bowl.

So, suffice to say, I was equal parts shocked and overjoyed when, during Sunday's telecast of the 2015 Grammys, Sam Smith was announced as the winner of the Best Pop Vocal Album award of the night for his album, In The Lonely Hour.

Like I said, everyone was deserving, so there was no really no bad choice here — just a bunch of great options that are all winners in their own way. (I know that sounds super after-school special of me, but it's true.)

When Smith took the stage to accept the award — his second of the night so far, after winning Best New Artist earlier — he gave a sweet, thankful speech that I cannot wait to look up on YouTube immediately following the telecast. Officially calling it now: This guy is going to sweep this awards show tonight. Congrats to Smith!